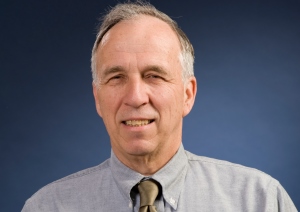 The award, which recognizes outstanding service to mechanical engineering education, will honor Hoffman for his seminal contributions to the WPI Plan, the university's groundbreaking undergraduate curriculum. Hoffman will receive the award at the ASME Education Summit in March.

Established in 1990, the Sparks Medal is awarded annually to engineers who have played a major role, over an extended period of time, in fostering new and innovative methods for teaching mechanical engineering or engineering technology.

“I feel fortunate to have been at WPI during a period of rapid educational change, which enabled me to pursue my passion for introducing the solution of real-life design problems into the undergraduate curriculum,” Hoffman said.

Hoffman began teaching at WPI in 1965 as an instructor and joined the faculty full-time in 1970, just as the Institute was beginning to implement the Plan, a radically new project-based approach to education in engineering and science. He has focused, in particular, on innovations in project-based, experiential design education and developed new approaches to teaching design that encourage creativity by giving undergraduates the opportunity to develop original solutions to real-life problems in the area of assistive technology.

He also introduced a new way of forming design teams that was inspired by the way design projects work in industry. Students in his Introduction to Engineering Design course must interview for the positions of chief executive officer, chief technology officer, chief information officer, and chief manufacturing officer. The teams make presentations to the instructor and a teaching assistant playing the role of venture capitalists who must be convinced to invest in the students' company. In his Advanced Engineering Design course, the entire class becomes one company, with students organized into design, operations, manufacturing, and marketing divisions.

Hoffman has also brought his innovative approach to design education to his work as a project advisor at WPI. Under the WPI Plan, all undergraduates must complete the Major Qualifying Project (MQP), a capstone project in the major field in which student teams apply what they learn in class to address real-world problems. For the past two decades, Hoffman, working with mechanical engineering professor Holly Ault, has focused his MQP advising on rehabilitation engineering and assistive technology.

Between 1989 and 1999, their work in this area was supported by a National Science Foundation (NSF) award titled "Rehabilitation Engineering Design Projects for Engineering." In 1999, with support from the Worcester-based Fairlawn Foundation, Hoffman and Ault established the ATRC, which supports undergraduate and graduate projects in this field.

Between 2004 and 2009, Hoffman was principal investigator for WPI's portion of an NSF award to Purdue University titled "National Dissemination of the National Engineering Projects in Community Service (EPICS) Program." His work now extends from pre-college students (through WPI's Camp Reach summer program for rising 7th grade girls) to professional development for K-12 teachers.

Hoffman has published and presented extensively on his work on project-based education and on the outcomes of undergraduate projects he has advised. A series of three projects in the late 1990s produced a design for a powered arm orthosis, which gives greater mobility and range of motion to individuals with muscular dystrophy. In 2006, Hoffman, with Michael Scarsella '05 and Steven Toddes '05, who worked on the device as undergraduates and graduate students, received WPI's Kalenian Award for Entrepreneurship. A patent was granted for the device in 2012.

Hoffman's work on assistive technology design was recognized by WPI in 2006 with the Denise Nicoletti Trustees' Award for Service to Community. In 1989, he received the WPI Board of Trustees' Award for Outstanding Research and Creative Scholarship, honoring his productive work in biomechanical engineering. He has also been recognized for his outstanding teaching with the WPI Trustees' Award for Outstanding Teaching, the Russell M. Searle Instructorship in Mechanical Engineering, the Morgan Distinguished Instructorship in Mechanical Engineering, and the John Woodman Higgins Professorship. In 2014, he received an Educational Development Grant from WPI's Morgan Teaching and Learning Center to test a new model for laboratory learning in mechanical engineering, one built around four hands-on minilabs.

Over the years, Hoffman has developed collaborative research partnerships with a number of faculty members and physicians at the University of Massachusetts Medical School, where he has held an appointment as associate professor in the Department of Physiology. One long-term partnership, with neuroscientist Peter Grigg, PhD, focused on the mechanics of soft tissue. In 1988, Hoffman and Grigg received the Elizabeth Lanier Award from the American Academy of Orthopedic Surgeons for their development of a novel method for measuring the loads experienced by soft tissues in the knee.