Researchers at Worcester Polytechnic Institute (WPI) have developed an electrohydrodynamic (EHD) pump that uses electrically-charged fluids to convert electrical energy directly into kinetic energy and could be a breakthrough in cooling high-powered electronics in space, according to a report on the school website. 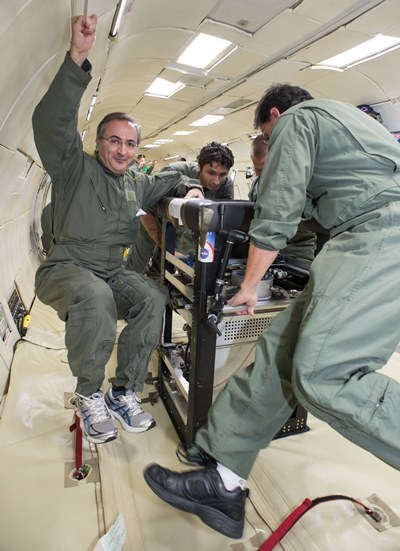 The device, which was created in the school’s Multi-Scale Heat Transfer Lab, uses a nonsymmetrical electric field to move a charged liquid through tubes as thin as human hair. As the liquid passes over a hot electrical component, it begins to boil and dissipate the excess thermal energy.

The pump moves the vapor away from the surface of the electronics to be cooled and then recirculated across the component. This device was tested on NASA’s reduced gravity aircraft, known as the Vomit Comet, to mimic the zero-G atmosphere of space.

NASA has been searching for new methods to keep electrical devices cool in space and improve the reliability and performance of satellites, planetary robots and manned platforms, including the International Space Station.

“As with all space hardware, the solution should use little electric power, be lightweight, and have few moving parts, which could create noise and vibrations,” according to the WPI report.

The WPI team has worked with researchers at NASA’s Goddard Space Flight Center in Maryland and the Glenn Research Center in Ohio and the device appears to meet the agency’s requirements. After being tested on the ground and in the air, the device will be flown to the International Space Station by 2020. NASA is spending $7.5 million to test the feasibility of the EHD solution.

To see the EHD pump in action, watch the video below: