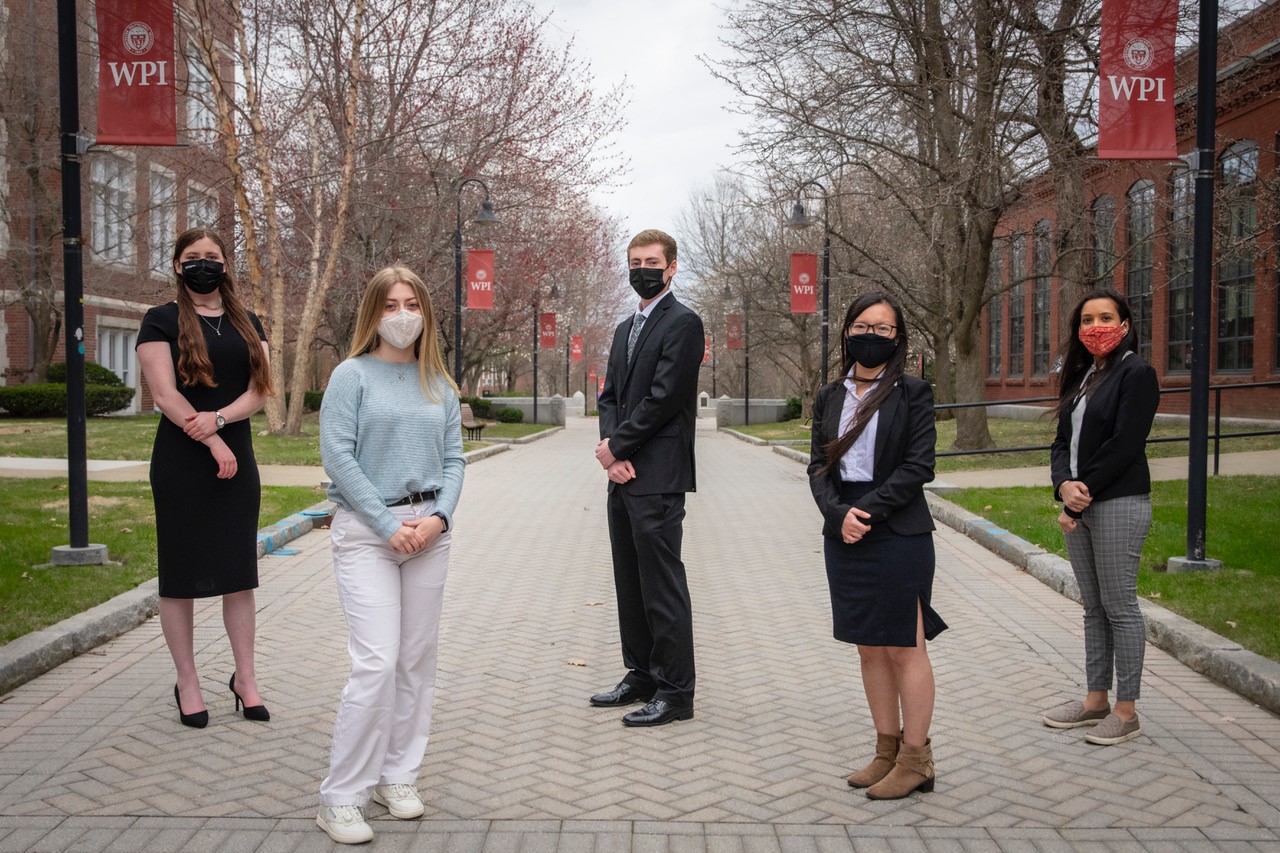 The competition was hosted virtually on Friday, March 26th and hosted teams from five universities (Bentley, Bryant, Temple, UConn, and WPI). Each team was given an involved actuarial problem in the morning and had to present to a panel of judges in the afternoon. This year's case competition focused on loss development triangles and their application to projecting ultimate claims. The winning team members are WPI first-year MAC majors Abby Barksdale and Emerald Pham, plus sophomore MAC majors Liz Cole, Anshika Jain, Kevin McGonigle, and Celeste Rehm. As winners, in addition to bragging rights, the students received a trophy and will split a $1500 prize.
The team was advised by Profs Jon Abraham and Barry Posterro.