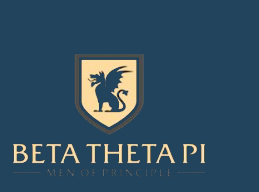 What do Sam Walton, Sen. Richard Lugar, and famed figures from the world of sports like Mike Schmidt and Coach John Wooden have in common?

All are members of Beta Theta Pi, a 173-year-old fraternity with chapters in the U.S. and abroad, which will add WPI to its membership this winter.

WPI’s chapter will be the third foray onto a Massachusetts college campus for the national fraternity this year, with additional newcomers at Massachusetts Institute of Technology and Northeastern University.

Beta Theta Pi held its first on-campus organizational meeting Nov. 14 and, according to Andrew Porter-Price, the fraternity colony development director tasked with getting the ball rolling at WPI, the group has already offered membership to 25 prospective “Founding Fathers”—a total of about 55 was expected by the beginning of this year.

“We’ve met over 400 students at WPI so far,” Porter-Price said of his experience on campus this fall. “All of these conversations have helped us understand the WPI community and consider the best ways to establish a fraternity chapter here that would continue to live by our values as an organization, challenge and complement the fraternity and sorority community, and make the overall Worcester community better.”

The fraternity was founded in 1839 at Miami University in Oxford, Ohio, where its national offices remain, making it “older than 24 states in the Union,” the organization’s communications director Martin Cobb happily points out

According to Cobb, of the nearly 200,000 members who have joined the fraternity, about 125,000 are alive today. Currently there are 8,000 actively enrolled members on 124 campuses here and in Canada.

The decision to plant a chapter at WPI was an easy one since, Cobb said, the two organizations share some core principles.

“We try to be thoughtful and analytical about where we expand,” he said. “We’ve been sought out by some of the top-tier institutions with high academic standards and achievement, and we look for opportunities where we can broaden our capacity for things like our Men of Principle initiative.”

And while Cobb said there were many reasons Beta Theta Pi decided to come to WPI, he said it was primarily the Institute’s academic focus, the significant number of fraternity alumni in the area, the health of the Greek system on campus, and the support of  WPI’s  administration.

According to Beta Theta Pi statistics, last year the fraternity achieved an overall 3.15 grade point average, the highest in the fraternity’s 173-year history.

In addition to WPI, MIT, and Northeastern, five other chapters are opening this year, at Baylor University, the College of Charleston, Ohio University, High Point University, and the University of Arkansas.

Cobb said the expansion is a little more aggressive than in a typical year, when Beta Theta Pi may add four or five chapters.

Porter-Price, a native of the Quiet Corner (northeastern Connecticut) and a 2011 graduate of UConn, majored in political science and will head off to management consulting firm Booz Allen Hamilton in Washington, D.C., once his time in Worcester is complete, though he said he intends to remain heavily involved in the fraternity. He was emphatic in his praise of WPI officials who are assisting the new chapter.

“The entire WPI community has been incredible and, as President Berkey said earlier this year, ‘we have a great story to tell here at WPI, and we’re learning how to tell it to the world,’” Porter-Price recounted. “I’m constantly amazed by the work WPI students are doing in their classes, research projects, and on their IQP and MQP projects. Their work produces tangible results that move our society forward and make the world a better place.”

As part of the start-up process, Beta Theta Pi initially places people like Porter-Price on-campus full-time for about a year, as the new chapter begins the initial steps in the two- to three-year journey to becoming an officially chartered fraternity chapter.

“We’ve found that a new fraternity chapter on a college campus experiences a quick learning curve in their first year, which really determines [the course of] the next decade for the chapter,” Porter-Price said of his current role at WPI. “[My job] is to provide the education, resources, and connections for the undergraduate membership and volunteers, and to have the crucial conversations on our purpose as an organization, and how we fulfill that on WPI’s campus and in the Worcester community.”