Exploring the Intersection of History and Science

Most people probably assume the road to becoming an associate professor of history is paved with thousands of pages of dry reading. However, published author Constance Clark holds this position at WPI after having worked in a variety of exciting environments that have contributed to her unique areas of research. Clark was employed at the natural history museum of the Smithsonian, at the Baltimore Aquarium, and as an editor at a small publishing company before obtaining a PhD in history. She says, “I also spent five years designing, setting up, and teaching labs for a course in biology for non-science majors at the University of Colorado and spent very many summers serving as a field assistant for paleontology field expeditions in Wyoming.” During her time working in paleontology, Clark had the privilege of working on Cretaceous and Jurassic dinosaur digs, as well as some more recent – only 30 to 50 million years old.

Reflecting on her professional background, Clark notes that her “diverse work experience” has shaped her approaches to teaching and research in the history of science. Certainly, her work in recent years, including her book God- or Gorilla: Images of Evolution in the Jazz Age, has incorporated a multitude of perspectives in its analysis of public opinion surrounding scientific topics. The book combined her interest in the controversy surrounding evolution in the 1920s and the role scientists at the time played in defending the theory and complicating the “role of visual images in communication about science.” Clark argues in the work that images such as evolutionary tree diagrams and those of our hominid ancestors “are not as transparent as one might think” and stemmed from long visual traditions that incorporated assumptions about human society relating to race, class, gender, and hierarchy, which were not necessarily intended to be incorporated by scientists. Says Clark, “People did not all agree on the meanings of visual illustrations of ideas about evolution—but they responded strongly to them, and visual images played a profound role in shaping the debate. They still do.” 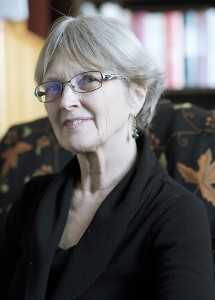 Clark’s ability to engage students in the types of research the scientists she writes about would have conducted in the past is one of many aspects that led to her receiving the WPI Romeo Moruzzi Award for Innovative Teaching in 2010. For example, in her courses relating to the history of classification of organisms, when students explore the era during which “European naturalists were receiving puzzling specimens from collectors exploring unfamiliar parts of the world,” she incorporates examples of the types of specimens they would have been looking at. This allows students to perform lab exercises that make practices of the past seem more tangible and lends an appreciation of how challenging the work was. Clark notes, “It’s important to understand the history of science not just as a set of abstract disembodied ideas, but as a history of actual practices in specific places, and looking at particular objects to try to understand them in the context of their times. It’s also fun, and I think anything that gets students moving around the room, talking and making observations, makes the class livelier and more engaging.”

Looking toward the future, Clark is excited about a number of new books and articles, and anticipates a grant that will allow her to develop a new course on the history of Chinese science, technology, and medicine, as well as expand upon her current course on the history of technology. She also aims to continue her current exploration of the “visual cultures” of science, or the way scientific ideas are portrayed in museums, movies, cartoons, advertising, and popular books and magazines. The focus of this research is on the historical archives of the American Museum of Natural History in New York in the late 19th and early 20th centuries. Says Clark of her work, “If you’re not a historian, you may not be aware what a pleasure it is to read other people’s mail from 100 years ago. It’s sort of like being a detective.”