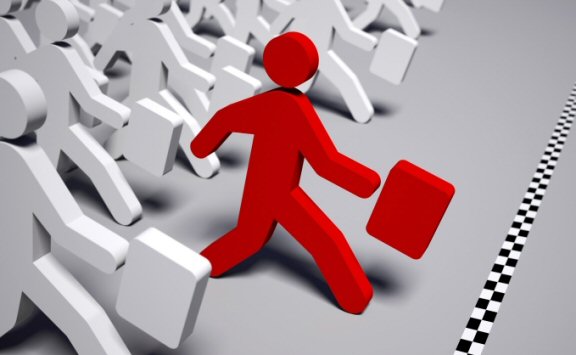 When Zbigniew Kacprzyk was laid off from his job as an engraver at the Worcester Telegram & Gazettethree years ago, he was very worried.

The economy was slow to recover from the depths of recession, and work was hard to find, especially in the newspaper industry, which for years had been shedding jobs that were never coming back.

Kacprzyk had a family to support. He signed up for unemployment and began looking for work. “What am I going to do next?” he remembers thinking. “I’m not 17 anymore.”

By chance, a friend mentioned that a relative had taken the Fundamentals of Biomanufacturing certificate course at WPI, and Kacprzyk decided to check it out. He went to an open house, was impressed with the program and the people involved, and eventually signed up for the course, using severance pay from the T&G to cover the cost.

Kacprzyk landed a job at Lonza Biologics Inc. in Hopkinton, working in the company’s fermentation department. When Lonza reorganized and moved part of its operation to New Hampshire, he applied at Bristol-Myers Squibb in Devens, where he was hired as a bioprocessing associate, growing cells.

“The program was like a key,” Kacprzyk says of the WPI course, “like an entry to the door of my career.”

The course that served Kacprzyk so well has been offered at WPI for years, but is just one component of the school’s Biomanufacturing Education and Training Center, which opened last year at 50 Gateway Park.

Besides the fundamentals course, which trains students for entry-level jobs, the BETC offers almost a dozen specialized courses open to individuals and to area life sciences companies. And the center works with specific companies to customize training for their employees.

“The industry needs a lot of good, hands-on type people,” says Kamal Rashid, who was named director of the Biotechnology Education and Training Center in July and also holds a professorship in chemical engineering, biology and biotechnology, and chemistry and biochemistry. “We are uniquely positioned to do that.”

Rashid describes biomanufacturing as simply making products from living cells, often for healthcare, environmental restoration, and agricultural production. The insulin used by diabetics is one such product.

“This is a unique center,” Rashid says. “Very well designed, very well set up. And we have high caliber people who can run it.”

The BETC is well positioned, both in terms of geography and mission. He calls Massachusetts “the heart of science and technology in the world,” with its first-rate schools and pioneering companies, and biomanufacturing “a field that is going to grow as we discover more proteins that would have potential healthcare applications.”

That’s good news to Kacprzyk, who is thoroughly enjoying his work at Bristol-Myers Squibb.

“I love it. I love the people,” he says. “I just love everything about it. I really appreciate what I have right now.”

Kacprzyk, 49, left his native Poland, where he had been a law student, while the communists were still in power. Work was scarce, even for lawyers. Once in the United States, he worked part-time jobs, often several at once, including stints at a car wash, Subway, and McDonald’s.

“Oh my gosh, I’m a millionaire,” he recalls thinking when he saw those early paychecks.

This is a unique center

Through working, Kacprzyk learned English, and he saved enough money to bring his girlfriend here from Poland. They married and had three children, two of whom have finished college. The third is still in school, and Kacprzyk’s wife works for a medical diagnostics company.

Though he sees biomanufacturing from a different angle than Rashid, Kacprzyk sees a bright future for the industry.

“It’s a better field than newspapers, definitely,” he says with a smile.