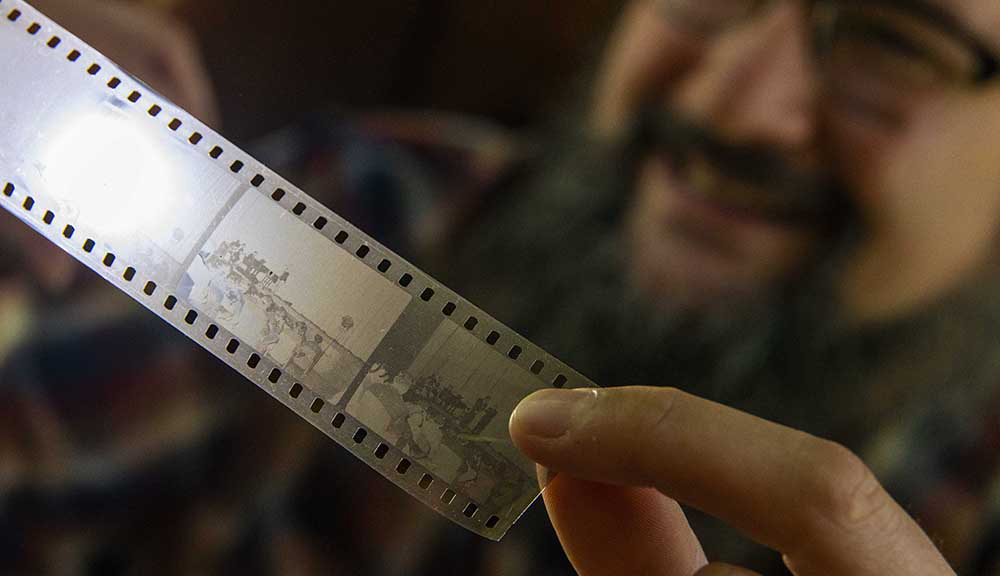 Beyond the Classroom: Aaron Sakulich and Found Photography

Three years ago, an impromptu purchase of an auction box lot yielded the first of thousands of film negatives and slides that have captivated the imagination of associate professor of civil and environmental engineering Aaron Sakulich. From gorgeous double-exposure landscapes to stone-faced family gatherings to carefree summer beach days, the images have captured Sakulich’s eye as they reveal fleeting glimpses of lives long past and places far away from Worcester.

In addition to the slides he's made using a negative scanner, he has untold numbers of negatives collected from eBay or the Brimfield Flea Market and some that other people have given to him.

The Daily Herd spoke with Sakulich about his hobby (officially under the umbrella of “found photography”) and where the images take him. Using detective work and Google Maps, Sakulich has been able to pinpoint exact streets in places halfway across the world where some of the photos were taken.

As an engineer, Sakulich says his hobby allows him to place a foot in the art world. He regularly contributes to ART|WPI and had an exhibit in Gordon Library’s Class of 1970 Café a couple of years ago.

Are there certain photos that are especially meaningful to you or that strike close to your heart for some reason?

There are. Some of them remind me of people I used to know or places I used to live. Some of them I just really like from an artistic perspective. A while ago a friend gave me a pickup-truck bed full of slides from her father, Addison Waddell. He was a mechanical engineer, WPI Class of ’31, who traveled the world working on big infrastructure projects for the U.S. government. I was just sitting there, and an image of him in front of the Taj Mahal in the 1960s came up. I went and found a photo that I’d had a tourist take of me when I was at the Taj Mahal in 2013. I was standing maybe 5 feet from where Addison was standing in his photo. That slide caught me off guard.

What have the photos taught you or revealed to you?

The thing that strikes me the most is that the quality of photography went down as cameras became more commonplace. In the 1930s, if you owned a camera, even if you were an amateur, you not only knew the technical aspects of how to operate it, but you knew the elements of composing a good image and producing something artistic. I have entire rolls of ’30s-era negatives where every shot belongs in the Louvre. By the 1960s, photos became technically better in terms of sharpness and color and all that, but they come across as vacation pictures. I won’t bother extrapolating this trend to today. I know that’s a cliché answer, but that’s what I’ve got.

I feel as though if we, as a society, value art, we should stop putting cameras in cell phones. Anyway, looking at the photos sometimes evokes curiosity, or nostalgia, or whatever, and sometimes it provokes that Ozymandias feeling, but there’s literally no other context available for any of these. So they’re good provokers, but not great teachers.

I guess one thing is that they’ve confirmed, to me, the notion that a good photo should smell like something. The way that “Paris Street; Rainy Day” smells like damp cobblestones. There’s one slide of two guys on a river cruise ship that positively reeks of a humid late August at dusk.

It was from that first batch—most of the photos were taken in Okinawa around 1953. The photo is of street performers advertising a circus or something, and they’re dressed up as hardboiled eggs ... wearing top hats. Or something. It’s some sort of advertising gimmick, but to me it’s so, so weird.

I can’t prove this mathematically, but I get the feeling that the older the film is, the more likely it is to show emotion. Every roll of film from the 1930s includes lots of people laughing and drinking beer on a beach. By the 1960s, the world seems to have been taken over by grumpy tourists.

How does found photography give you a new perspective?

With this hobby, all I have to do is recognize something artistic, not produce it. If Vincent Price could sum up his philosophy regarding art with ‘I know what I like,’* that’s probably more than a good enough philosophy for a schlub like me. 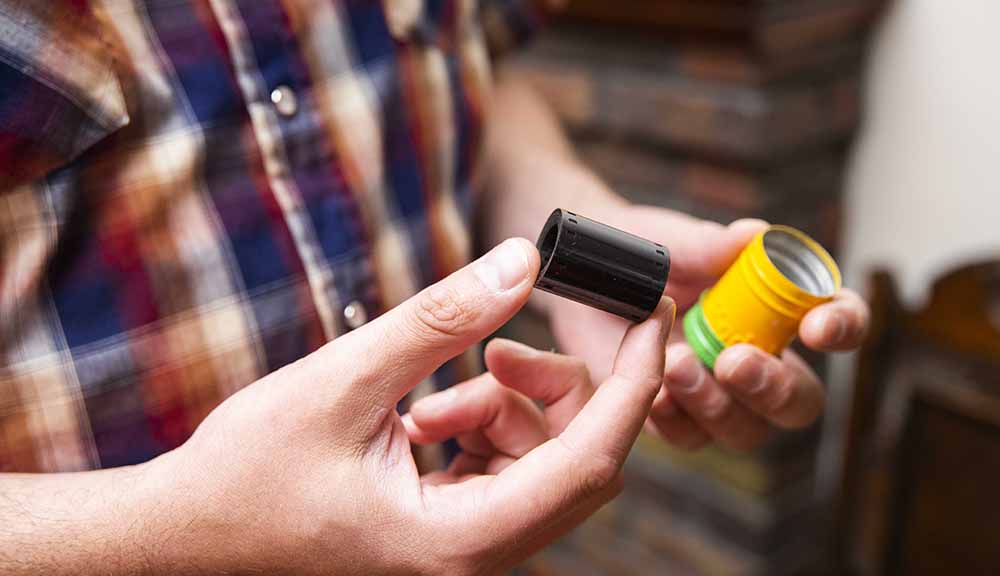 A roll of negatives out of the container 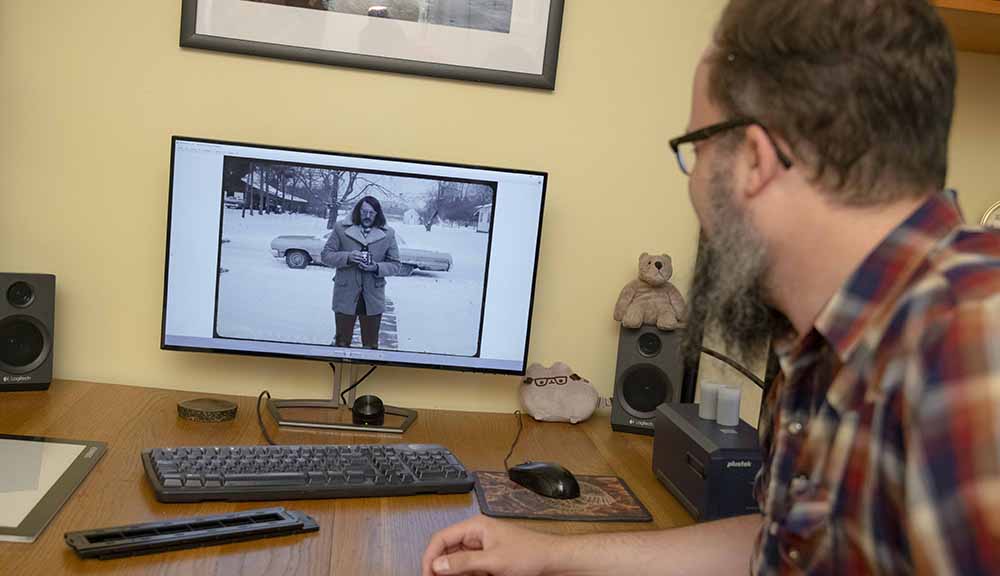 Looking at an image from long ago 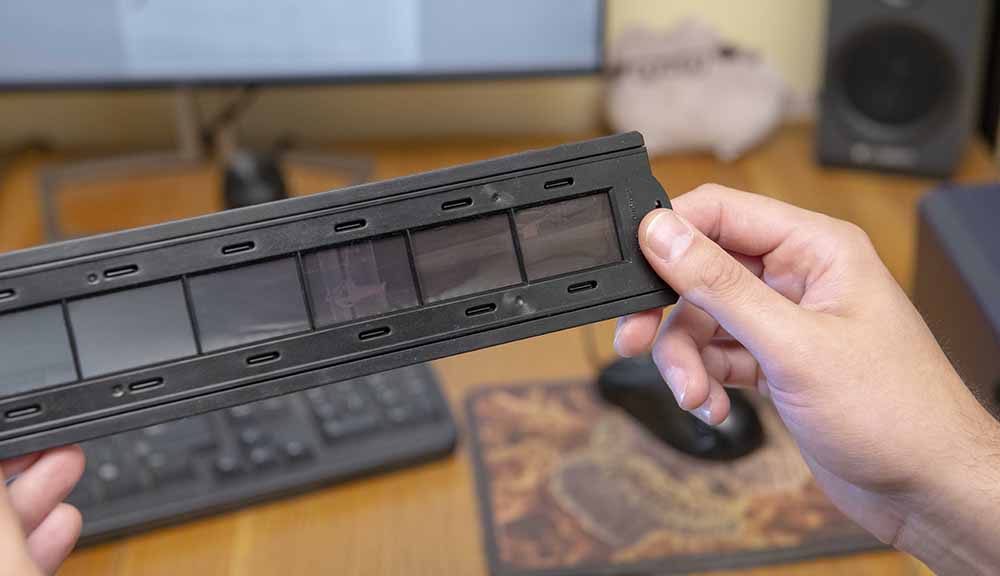 Negatives in the scanner tray 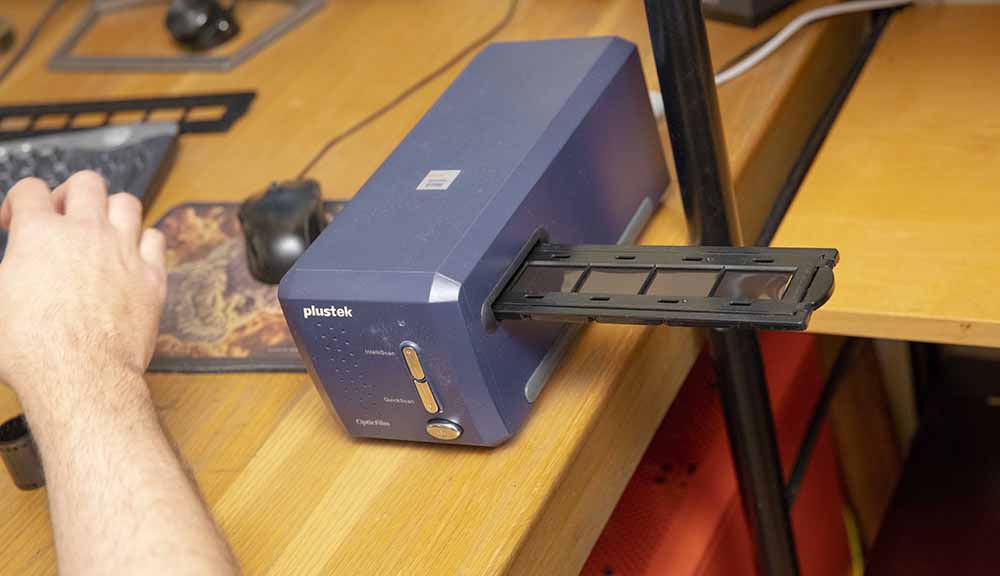 Negatives go into the scanner to make slides 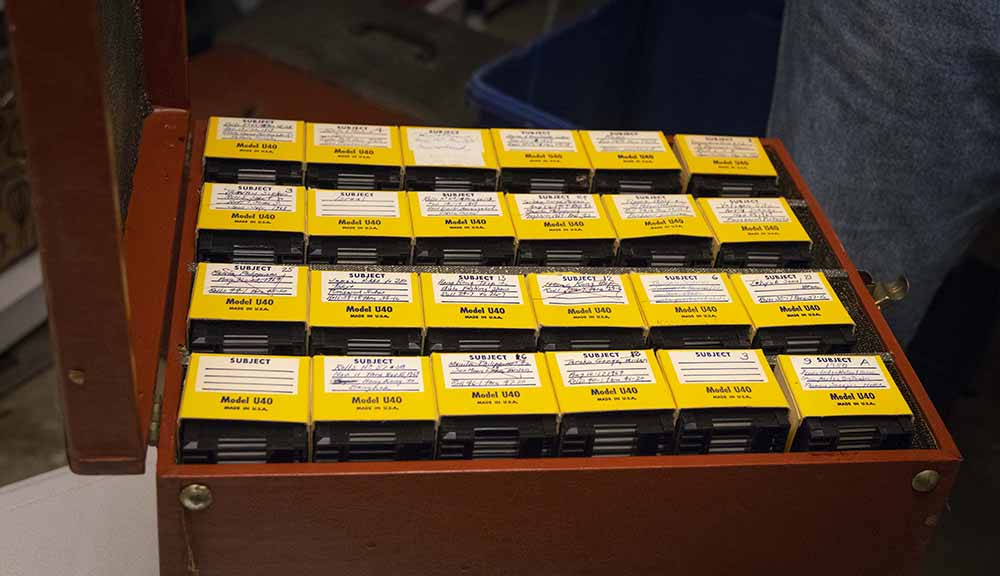 This profile is the first of an ongoing series exploring the interests and hobbies of WPI faculty members outside of their classrooms and laboratories. To nominate a faculty member for this series, email dailyherd@wpi.edu.