The Boston Gay Men’s Chorus launches its touring season at Mechanics Hall with a collection of WPI personnel in tow. The concert celebrates 40 years of “Worcester Pride.” 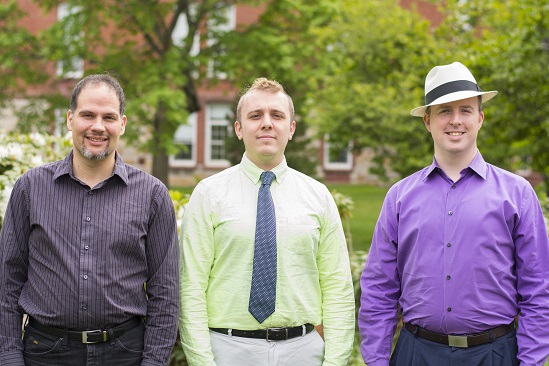 “We’ll be debuting our Pride concert, “Smile,” says Thomas Collins ’01, WPI’s assistant director of hosting services. “It will have a selection of Broadway favorites from Cabaret, The Sound of Music, Into the Woods, Sunday in the Park with George, How to Succeed in Business Without Really Trying, along with pop numbers like “Living for Love” and “Ghost Town” by Madonna.

“Forty years is an accomplishment for any organization, and gay groups have come a long way,” Collins says. “It’s a testament to those who have been involved with Worcester Pride all these years that we’re here to celebrate such a milestone.”

The Boston Gay Men’s Chorus is one of largest and most successful community-based choruses in New EnglandIts award-winning, 175-voice ensemble presents a wide variety of styles with a mission to create “social change by providing a positive, affirming image of the gay and lesbian community.” Since its inception, BGMC has been heard by more than 10,000 people each season and has appeared on stage, radio, television, and Internet broadcasts.

“The chorus was founded in 1982 after being inspired by the tour of the San Francisco Gay Men’s Chorus the previous year,” Collins says. “The SFGMC tour was spurred on by a desire to tell our stories as a community after the assassination of Harvey Milk.” 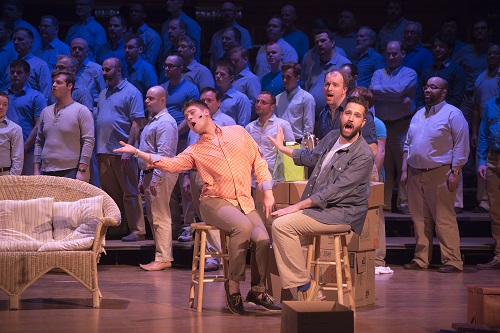 This is the fourth year that Collins has been with the chorus; Chris Chagnon (Helpdesk) and Chuck Anderson (NetOps) are also in the group. “I joined in October of 2011 and it’s been an amazing time since then,” Collins says. “My role is a singer and I’ve had the honor to be a soloist for the chorus on many concerts over the years. The mission of the chorus is to tell the stories of the LGBT community and change minds with our music.

Anderson said his partner has been in the chorus for more than a decade, and after hearing his stories about the 2005 tour to Europe (Poland, Germany), he joined in January 2014 in anticipation of going on the tour to the Middle East. He hopes to raise awareness of the LGBT community with the tour.

“We hope to bring about awareness of our cause, tell our stories, listen to others’ stories, and ultimately change hearts and minds through the music we sing,” he says. “I’m proud that WPI is a welcoming environment to learn and work in that allows people of diverse backgrounds to express themselves and participate in the community. 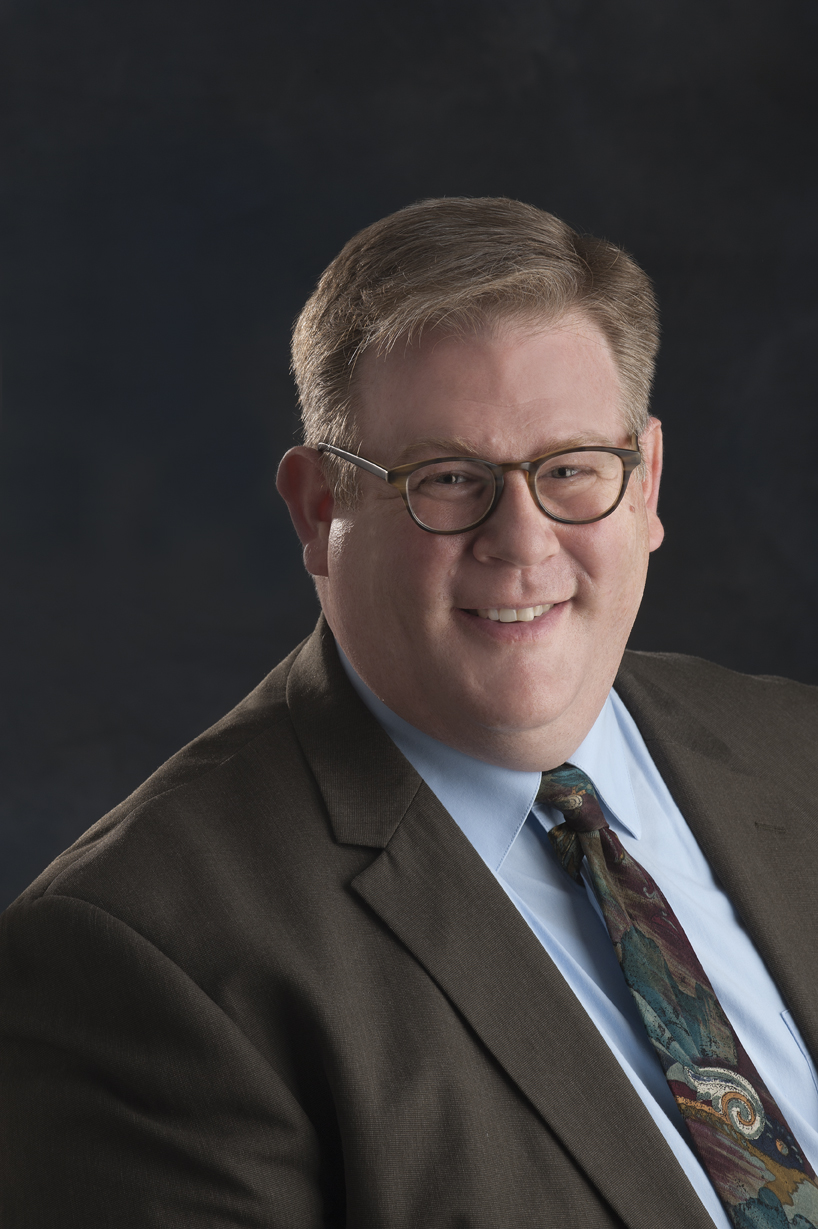 “We will be the first openly gay chorus to tour in the Middle East. Israel and Turkey represent a wide spectrum of people, beliefs, and cultures. I’ve never been to the Middle East, and look forward to experiencing the different cultures of the places we visit, learning what I can about life there, and hopefully leaving a lasting impression for our audiences to show them that we are just like everybody else, and that it is possible to not just live our lives, but to thrive and grow and contribute to society as gay men and women.”

Chagnon has been a member of the chorus for a little over two years, and this will be his third Pride show with the group. “I was looking for a sense of community, and the chorus has helped me find that.” he says.

“One big thing that I want is for the audience to have fun. We always have a message to our shows, equality, acceptance, change, whatever our mission. But if the audience isn’t enjoying themselves or our music, then I believe we have lost something.”

At its core, the chorus is composed of entertainers, Collins says. “We’re also educators, and our conductor and musical director, Reuben Reynolds, often interweaves stories and anecdotes between numbers to explain what a song means to us or to others, to explain why we sing, why we travel, and why we continue to fight,” he says.

A week after performing at Mechanics Hall, the group presents “Smile” at Symphony Hall in Boston, then packs its bags and flies overseas. From June 18 to 29, the Boston Gay Men’s Chorus will embark on a historic tour to the Middle East, playing five concerts in Istanbul, Ein Gedi, Jerusalem, and Tel Aviv.

“The trip to Israel and Turkey were borne out of a desire to do something after the Boston Marathon bombings two years ago,” Collins says. “Reuben notes that ‘over 10 years ago, we traveled to Poland and Germany looking to change the world. In the end, we came back just as changed.’”

Organizers of the event note that while in Turkey, “BGMC will also participate in the country’s Gay Pride celebration, which has grown since 2003 to become one of the largest displays of LGBT culture in the Muslim world.”

“It’s about creating a dialogue and an understanding,” Collins says. “Singing is our language and that is what we do, and so we’re taking that with us as we become the first gay chorus to tour the Middle East.”