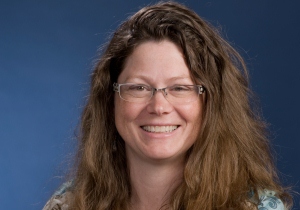 The Association of College and Research Libraries New England Chapter(ACRL/NEC) Board of Directors recently announced the creation of a scholarship to honor the memory of Christine Drew and the impact she has had on the library community.  The scholarship was made public at the May 10, 2013, ACRL/NEC Annual Conference held at the College of the Holy Cross.  Over 300 attendees from academic libraries around the region attended and responded with great enthusiasm to the creation of the scholarship.  Christine was cited for her dedication to libraries and her constant focus on the needs of library users.  She lived by the philosophy of  joy through productivity, always pushing herself and those around her to think creatively, try new things, think the best of people, and have fun.

Christine was an active member of ACRL/NEC for over ten years; she served at various times as co-chair of the New England Library Instruction Group (NELIG), annual program planner for NELIG, and ACRL/NEC board member.  She regularly presented at the ACRL/NEC Annual Conference, NELIG quarterly meetings, and the NELIG Annual Program.

The Christine Drew Scholarship provides up to $1000 for a member of ACRL/NEC to attend the ACRL Information Literacy Immersion Program for librarians, of which Christine was a graduate.