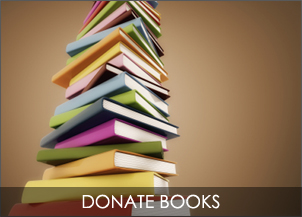 In a city that prides itself on being home to a vast number of colleges and universities, there are a staggering number of Worcester children who grow up in homes without any books. According to the research on literacy, Worcester is not the only city faced with this challenge. Sixty-one percent of low-income families across the nation have no children’s books at home, and in their neighborhoods there is an average of only one age-appropriate book for every 300 children. In an effort to promote education and literacy, WPI is teaming up once again with Worcester: the City that Reads Committee for its 8th annual book drive, which is being held from now until May 15.

“To me, reading is just as important as breathing.”

The Committee was founded nine years ago by John and Anne-Marie Monfredo, former principal and teacher, respectively. In seven years, the Committee has donated over 170,000 books to the Worcester community, distributing them to low-income students, social agencies, and groups with summer school programs.

“We started this committee to encourage the children in our community to develop a love for reading,” says Mrs. Monfredo. “As the famous Walt Disney once said, ‘There is more treasure in books than in the entire pirate’s loot on Treasure Island.’”

Last year, the Committee collected over 30,000 children’s books. They’re hopeful they can reach their goal once again, aided by various institutions throughout the city such as WPI. For at least three years, WPI’s Community Service Department and the Gordon Library have worked with the City that Reads Committee to put books into the hands of children who lack the resources. In previous years, WPI has collected over 1,000 books for the drive.

“To me, reading is just as important as breathing,” says book drive student leader Stephany Ruiz. “It is a way to ‘escape reality’ and relieve stress. It is a way to learn new words, practice reading faster, and improve my writing skills.”

Many WPI students are helping out across campus. Some need to fulfill their community service requirement while others simply believe in volunteering for a good cause. There is a book drop in the library and there are students sitting at tables in the Rubin Campus Center taking donations. For the first time, there will be a prize for the student who donates the most books – a Kindle.

“We thought it would be a neat way to incentivize the book drive, while still encouraging people to read,” says Anna Croop, a member of the Student Activities Office, which donated the Kindle. “Books have always been more important than food and water for me – they’re my escape, one of my ways to learn and grow. I can’t imagine NOT being encouraged to read or encouraging others to read.” Adds Mrs. Monfredo, “We as a community need to reach out to our parents and children and encourage read aloud, reading at home, reading in the park, and reading for fun.”

Reading serves as the major foundational skill for all school based learning, and Mr. Monfredo urges parents to emphasize childhood literacy from birth to age eight.

“These are critical years for literacy development in linking a child’s success in learning to read,” he says. “Children’s author Emilie Buchward said it best: ‘Parents play a vital role in this undertaking, for children are made readers on the laps of their parents.’”

The City that Reads Committee and WPI are doing their part to instill in children a love for reading. It’s up to the rest of the community to ensure they have the means to do so. A listing of sites accepting gently used books for pre-kindergarten to grade 8 can be found at www.worcpublib.org or www.worcesterpublicschools.org. As the Monfredos said, “No skill is more crucial to the future of a child, or to a community, than literacy.”