College Rankings Can Provide Point of Pride for Students, Alumni

The overall message of the authentic WPI experience is what matters

College rankings might be an important way to track information about a school, says Kristin Tichenor, senior vice president for enrollment and institutional strategy, but often not in the way you might think. It's not about the numbers, but about the positive picture that emerges.

“We pay close attention to any metrics or benchmark opportunities that focus on institutional attributes we believe are critical to the academic mission and student experience at WPI,” says Tichenor. 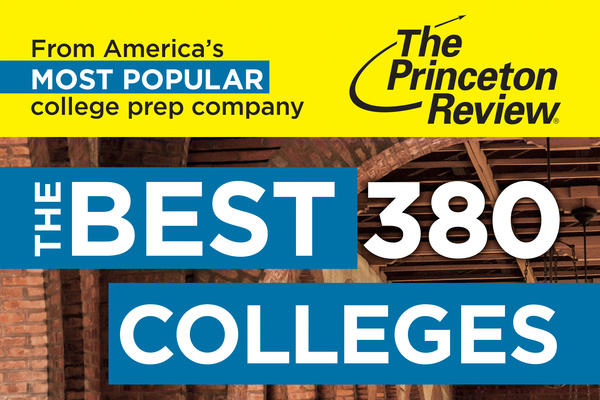 WPI's recent #60 spot on the US News and World Report's top colleges list is only part of the picture created by rankings. WPI consistently ranks highly for its retention rates, graduation rates, student-to-faculty ratio, return on investment, and student outcomes. But when Tichenor looks at the many college rankings published annually she wants to see an emerging picture that consistently reflects the core strengths that are important to WPI as an institution.

So while rankings might be based on wildly varying elements (from happiest students to best dining hall food), the overall message of the authentic WPI experience is what matters. “Those are the areas where we believe the metrics reflect the quality of the academic experience," she says, "and they allow us to compare our performance to that of peer institutions.”

But Tichenor cautions that all rankings are not created equal.  Some are better than others. The Federal Department of Education has a massive database of institutional metrics IPEDS based on standardized reporting to the federal government, so that information is considered reliable. But other rankings may rely on subjective opinions from varying data sources or may use different methodologies from year to year.

How different are the methods for data collection? According to Tichenor, some are based on surveys, but the validity can depend on the response rates. As an example, the peer score in the US News and World Report ranking is based on a survey of college presidents, provosts and admissions deans.  The response rate to that survey has declined dramatically over the last five years, and yet it still carries great weight in US News’ calculation of the overall institutional ranking.

But the rankings offer worthwhile points to consider, says Tichenor. When WPI ranks well on metrics important to the university, that suggests WPI is on target with its strategic priorities. “The success of our graduates is clearly a point of pride for us," she says, "and relates well to what we promise students when they come to WPI for a world-class educational experience.” 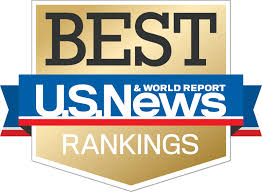 And sometimes the results offer a surprise. Recent rankings highlight WPI’s athletic facilities (#11 in The Princeton Review). When WPI built a new sports and recreation facilities a few years ago, the decision was based on the needs of the campus community. Tichenor didn't expect it to result in external recognition for the institution and is pleased the students gave it such high marks.

Over the years, WPI has also landed on lists of the smartest students (Luminosity), the schools with the happiest first-year students (The Princeton Review), the best study abroad program  (The Princeton Review), best colleges for Greek life (Best College Reviews), top research schools (Forbes), and the schools where the next Steve Jobs is likely to come from (Tech.Mic).

Students generally don't use rankings in their college selection choices, says Tichenor, but the lists do come onto the radar as a point of pride for current students, parents and alumni. Alumni often care about rankings, she says, because they are invested in WPI and like to see when the university compares favorably with others.

But as Money magazine learned, if you are going to put WPI on a rankings list, you'd better have your formulas right. About a year and a half ago, the magazine gave WPI surprisingly modest rankings, says Tichenor. Delving into the methodology used, a WPI alumnus ran the numbers using his own methodology and then contacted the editor to note that their figures were incorrect.  The magazine corrected their mistake, acknowledging that they had used a flawed formula.

“Ultimately rankings can be fun—and they can be frustrating,” she says. But with an approach that is curious and cautious, they can be both informative and amusing.