WPI has been teaching electrical engineering since about 1900. However, energy delivery systems classes “went into hibernation” following the oil embargo of 1973 and the oil shock that followed six years later, says WPI’s director of power systems Mike Ahern ’78. The country got serious about energy efficiency and demand growth slowed considerably, he adds. 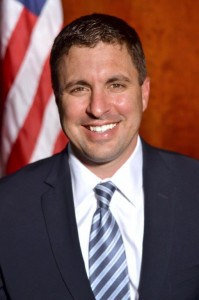 Well, times have changed again. According to Ahern, WPI resumed teaching about power systems in 1999 for graduate certifications for engineers at utility company National Grid. The company saw a shortage of new engineers with power systems education, he says. “They considered it a regional issue for the industry, not just an issue for National Grid. We’re building a smart grid, but how about the engineers?”

Then, five years ago—at the request of National Grid—WPI began to host an annual energy symposium. Other utility companies were invited and began attending. A decision was made to re-introduce energy classes into the WPI undergraduate lineup, as well, says Ahern.

On Sept. 23, WPI will hold its annual energy symposium, along with a second sponsored by WPI’s Sustainability Project Center that will feature an MIT professor on the topic of superconductor technology and nuclear fusion.

The goals of the 2015 Annual Energy Symposium are to learn about changes in education and research that support policy, grid modernization, and cyber security; to build a pipeline of educated and diverse workers to lead the energy industry; and to motivate students to consider careers in the energy industry.

“Skilled professionals are needed for jobs around the world,” says Ahern, mentioning India’s aggressive power grid development as an example. “We want to make sure students know about careers in this industry. There are electric companies everywhere.” 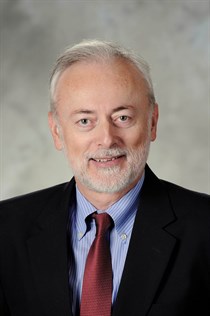 Though electric companies have been around for a while, evolution is at play, he notes. Today, the industry is composed of more electronic, remote-controlled and automatic sensing systems. Solar generation is a growing component, and new electrical engineers need to learn it and older engineers often need additional education.

These renewed efforts to educate on industry opportunities appear to be sparking interest. Ahern estimates there are 200 active master’s candidates in the graduate energy classes WPI offers—either studying online or for corporate professional education—in eight countries and 31 states, plus about 12 students on campus. An on-campus PhD candidate and a Fulbright Scholar from Afghanistan are also in the program.

The symposium, “Education and Research for the Future Power Grid,” will be held on Wednesday, Sept. 23, at the Rubin Campus Center Odeum from 7:30 a.m. to 1:15 p.m. The event’s speakers include Massachusetts Secretary of Energy and Environmental Affairs Matt Beaton, a WPI alum and resident of Shrewsbury; Keynote Miroslav Begovic, president of IEEE Power and Energy Society; and Eugene Litvinov, chief technologist at ISO-New England. 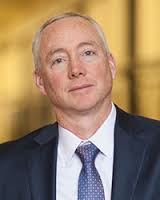 Beginning at 5 p.m., in Salisbury Labs 104, Dennis Whyte, professor of nuclear science and engineering and director of the Plasma Science and Fusion Center at MIT, will discuss speeding up the development of controlled nuclear fusion. Whyte will detail how new superconductor technology, paired with an engineering design, should yield a system that is affordable, efficient, and safe.

Professor of electrical and computer engineering John Orr will host the talk, along with the Sustainability Project Center. Orr calls fusion power a “tantalizing possibility.”

“The technology for a workable commercial fusion power plant has not yet been achieved,” says Orr. “This talk will demonstrate that solutions to the need for abundant clean energy can come from many directions, and will also show the need for collaboration among many technical disciplines.”