Wanda Reder, chief strategy officer for S&C Electric Co. in Chicago, discussed the need to modernize the power grid to accommodate more renewables and to be more resilient, during the sixth annual Energy Symposium at WPI recently.

Reder served as the keynote speaker before an audience of energy executives, power operators, and others at the day-long event.

The symposium, “Upgrading the Grid with Renewables for a Sustainable Future,” was also designed to highlight the technical and workforce development challenges associated with upgrading the electric power delivery system with renewable power generation; stimulate current students to consider careers in the industry; and share progress in building a pipeline of well-qualified, diverse people to lead the industry in the future. 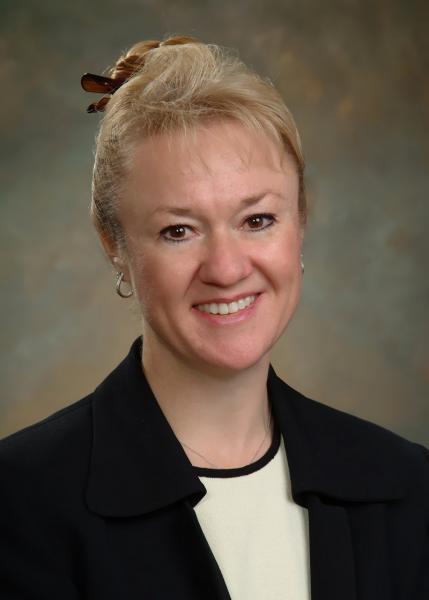 Reder provided a number of real-world examples showing how power systems have improved in recent years. She noted how a storm in Chattanooga, Tenn., in 2013 caused a power outage impacting about 11,000 customers. Within 28 seconds 10,000 customers were back online due to advances in automating switches. The remaining customers came on shortly after that.

“So think about the implications to society when you are mitigating those kinds of outages,” said Reder. “It’s huge because you’re able to focus on the areas that are problematic. Within six minutes, all the customers’ power was restored. All of them.”

Reder said this type of technology preempts some of the need for repair crews. “If you go back and ask Chattanooga officials how long it would have taken to restore power in a traditional perspective – people calling in, deploying crews—it would have taken at least four hours,” she said. “And that means you’re chewing up crew time doing that. This application affords a lot of benefits to our industry at large.”

Reder pointed out that driving reliability is particularly important, and that power leaders need to consider specific areas, such as anticipating the two-way power flow and distributed nature of renewables as well as understanding reverse power flow.

She later made parallels between the computing and energy industries.

“Think about how decentralized computerized intelligence has gotten,” said Reder. “It’s decentralized in so many places that we don’t know where all the intelligence is, from a computing perspective. Now, if you do a comparison to where we are in the electric utility space and you think about all the dynamics on the distribution system—the intermittency, the renewables, and the microgrids—it’s a much harder dynamic than it ever has been in the past.”

Reder then challenged those in attendance to “rethink the control architecture,” adding, “It’s easy to say, ‘Gee, we have to run it into SCADA (supervisory control and data acquisition), and run it into the substation.’ But things are moving so fast we have to think about distributing the intelligence.” 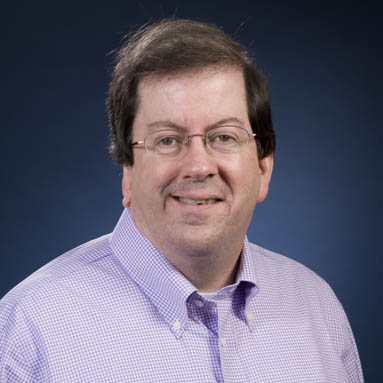 Reder also discussed other issues, including the state of the energy workforce. “We have been in an industry that has faced a lot of attrition over the years,” she said, adding that much of the workforce a decade ago was composed of those in their 50s and 60s. “Since then,” she said, “there have been efforts to build the pipeline.”

With that in mind, she said it’s important for energy companies to review their succession plans.

“This needs to be a part of the boardroom conversation, and if it’s not, please work with your executives to get it there,” she urged those in attendance. “It’s as important as the technology is to make sure you have a workforce that is qualified to take this stuff forward. It’s hugely strategic and many people don’t do it enough.”

Reder then complimented host WPI for its power systems distance learning courses. “It’s been a model for others to follow,” she said of WPI’s offerings.

Mike Ahern, director of power systems within WPI’s Corporate and Professional Education division, observed that WPI is the top power-engineering educator in the region and one of the top educators in the nation. He added that more than 130 students are taking graduate power engineering courses at WPI, with two-thirds of them online. Over the last several years, WPI has educated students from nearly three dozen states and six countries.

Reder said further education is a key to the future. “As we look at the workforce morphing over time, we’re going to find that distance learning is going to be tremendously helpful to give the existing workforce the knowledge and career development they need,” she said. 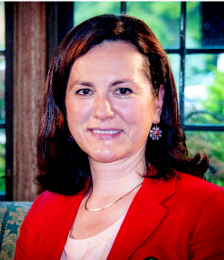 In her closing statements, Reder said the energy industry is amid a global movement with today’s grid.

“There’s a huge transformational movement that’s impacting the grid in three important ways,” she said, referring to how energy is made, distributed, and used.

“First, it’s changing how we make power, next the transmission and distribution aspect is going to bring in technology that enables this vision, and the use part is changing the paradigm as consumers become prosumers,” she said.

Prior to Reder’s keynote, Matt Beaton, a 2000 WPI graduate and state Secretary of Energy and Environmental Affairs, delivered the opening address.

Later in the program, Edvina Uzunovic, IEEE vice president for Education, who is also associate director of Power Systems at WPI, discussed the IEEE Scholarship Plus Program.

A series of panel discussions were held throughout the day, including one titled “Technical Challenges, Best Practices and Successes,” which was moderated by Babak Enayati, lead R&D engineer for National Grid. He is also vice chair of the IEEE 1547 Standard for Interconnecting Distributed Resources with Electric Power Systems committee, and an adjunct faculty member at WPI. Enayati teaches WPI’s new course, Distributed and Renewable Power Generation.

The symposium concluded with a panel hosted by the Worcester CleanTech Incubator and moderated by its executive director, Joe Bush, a 2004 WPI graduate. The incubator’s mission is to foster the growth of new enterprises to address the most pressing issues of our time.