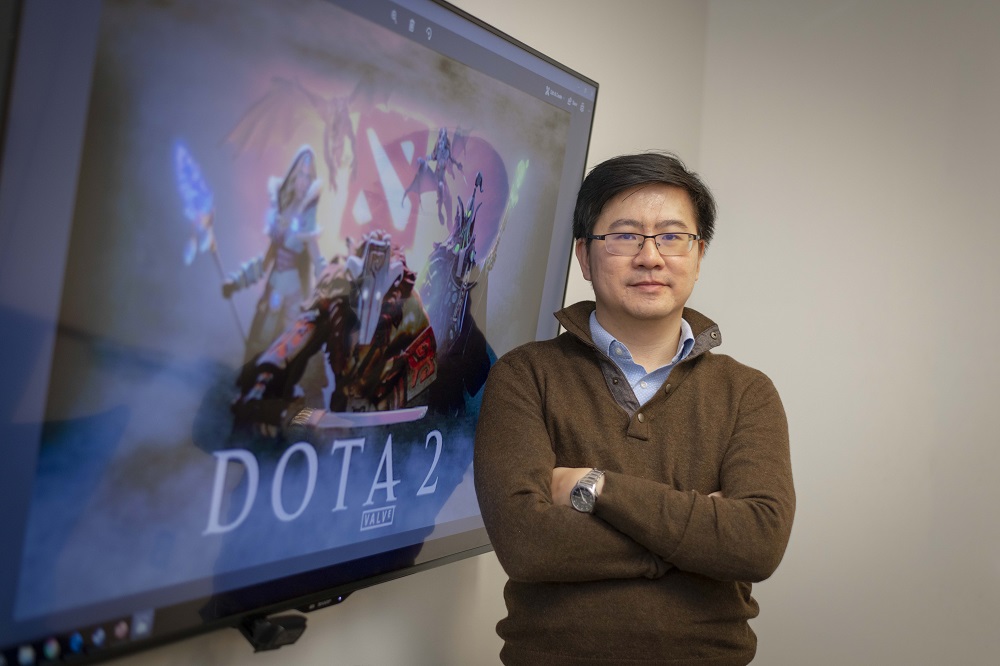 Kenny Ching was once good enough at gaming that during college he considered going pro.

“There’s no way my parents would have allowed it,” Ching says with a laugh.

Gaming activity is up in the United States during the novel coronavirus pandemic, and the World Health Organization has even thrown its support behind a gaming industry initiative called #PlayApartTogether. But for Ching, now an assistant professor of entrepreneurship at WPI’s Foisie Business School, gaming is mostly a source of scholarship. Although he still games during his spare time, he has also found a novel use for the data generated by his hobby—to study teamwork.

The subject of teamwork is important because project work is changing the way organizations manage workers and critical situations. In addition, teams are everywhere, from hospital emergency departments to businesses.

Working with researchers in London and Minnesota, Ching has used data from 6.4 million matches of the online battle arena game Dota2 to study how teams of specialists, individuals with specific skills or expertise, perform compared to teams of generalists who possess broad expertise.

The way gamers come together quickly to fight battles may seem an unusual subject for study, but Ching believes that gaming can help illuminate how teams of specialists and teams of generalists coordinate their efforts and adapt to changing circumstances. Those changes could include the new rules of operating under a pandemic.

“In the economy that we’re transitioning toward, as we adapt to a new world of social distancing, organizations frequently have to put teams together on the fly,” says Ching. “Hence it’s more important than ever that we understand how to make these temporary teams, which might be composed of strangers, perform better.”

It’s not just a bunch of kids playing computer games with unseen other players. It’s games, but we’re actually doing things in coordination with each other and trying to achieve something.
-Kenny Ching
Assistant Professor of Entrepreneurship, Foisie Business School

Dota2 is a globally popular Esports game in which a matchmaking algorithm assigns five players to a team. Each player adopts a “hero” character role, and each team battles another team across an imaginary landscape to capture a structure on an opposing team’s base. Matches typically last 30 to 45 minutes.

Ching and his research partners downloaded open data on Dota2 matches over a five-year period, from 2011 to 2016. They found that teams of specialists—players who historically focused on playing certain roles in the game—prevailed more frequently when they competed with teammates they had played with in the past. Teams of generalists—players who took on a wider range of roles—won less often, even if members had a working familiarity with each other.

The paper is forthcoming in the journal Organization Science, and the pre-print version is available online.

Ching hopes to raise the awareness of Esports as a rich source of data for organizational management research.

“It’s not just a bunch of kids playing computer games with unseen other players,” Ching says. “It’s games, but we’re actually doing things in coordination with each other and trying to achieve something. There’s real teamwork involved.”

He also wants to study other questions about teamwork: What kind of familiarity among teammates is most impactful? Does familiarity with competitors matter? What if members of a team are unequally familiar with one another?

And with a computational cluster and expert researchers, WPI is a good place to study Esports analytics, Ching says.