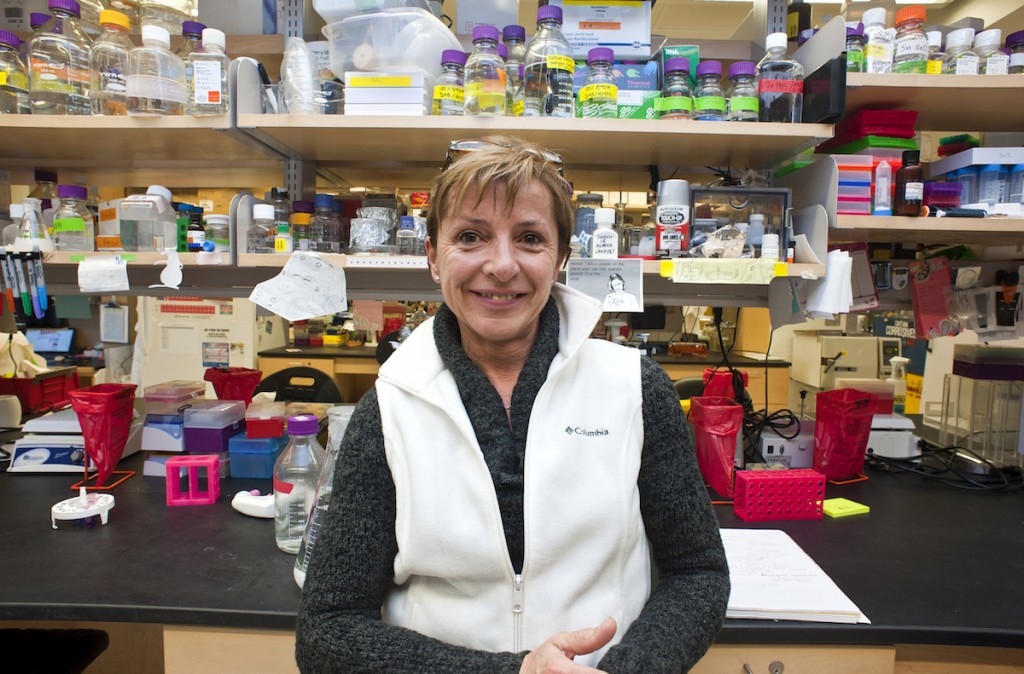 Associate professor of biology and biotechnology Tanja Dominko has been chosen as this year’s Slovenian Ambassador of Science for her professional achievements in areas of stem cell biology.

“The most rewarding research has to be the one leading to therapeutic solutions for improving human health,” she says of her chosen field, which has now earned her global accolades.

Dominko’s areas of interest include nuclear reprogramming and gene expression; regenerative biology; and epigenetics, or gene changes unrelated to an individual’s DNA sequence.

Though personal reasons did not drive Dominko’s choosing this area of science, its rewards, she says, are immense. Practical applications of stem cell biology, she says, can include cases of stroke, diseases of blood vessels, Parkinson’s disease, and spinal cord injuries. “Anywhere where the cells of a tissue have died,” she says, adding traumatic bone or muscle injuries to the list.

Dominko — who was born in Slovenia — came to the U.S. in 1990, after earning her master’s in large animal reproduction and obstetrics and a doctor of veterinary medicine degree in her native country. Then she began researching schools overseas.

“[The University of Wisconsin-Madison] had one of the best labs in the world for animal embryology, embryo transfer and animal nuclear transfer or cloning,” she says. She went on to earn a PhD in endocrinology and reproductive physiology from the university and to conduct postgraduate work at UW-Madison and at Oregon Health Sciences University in Portland.

Dominko arrived at WPI in 2008 as an associate professor, and received tenure last year. She originally came to Worcester as a researcher for Advanced Cell Technology in Marlborough.

The award — presented to Dominko last month in Slovenia by President Borut Pahor  — was also to recognize her efforts in bridging the gap and connecting WPI students with counterparts and colleagues in the southern Central European country.

The Center for Biomedical Sciences at the University of Nova Gorica in Slovenia, which was opened last year with Dominko at the helm, is evidence of her work in this regard.  The center now employs a staff of seven. The facility hosted a group of WPI students this past term, who are now finishing up MQPs.

Down the line, Dominko wants to make the center broad-reaching and multifaceted. “We would like to make it a truly international training,” she says. “We hope that the center will grow into an International Center for Aging Research.”

She says plans include undergraduate and graduate programs; summer courses, workshops and seminars; resident and visiting scientists from all over the world; and a translational medicine center “working with companies and clinicians to bring some research developments to patients.”

In the meantime, “That the people of my homeland recognized the value of what we have been doing here gave me a sweet feeling inside,” Dominko told HispanicBusiness about her award.