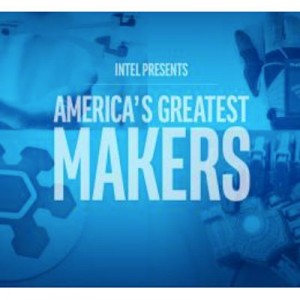 Now, faculty, students, and alumni have a chance to show off their technical prowess and innovative ideas—and compete for $1 million prize—by applying to the recently announced 2016 “America’s Greatest Maker’s” reality TV challenge.

The series, developed by Intel, Turner Broadcasting, and reality television producer Mark Burnett, is currently casting for inventors who want to turn their ideas into the next big wearable or smart-connected device. It is open to US residents 15 years of age or older, and producers are seeking to recruit a wide range of participants.

“This challenge is all about the maker community,” says Cherish Hamutoff, senior casting producer for the series. “We’re hoping to get applicants from ages 15 to 105, including inventors, engineers, hackers, and others who not only have game-changing ideas but can also help put them into action.”

Participants may enter as teams with up to four core members and can submit with just an idea or with a partial or working prototype. The only requirement is that the device must be able to be integrated with Intel’s Curie module, a button-sized system on a chip complete with a computer processer, Bluetooth connectivity, and sensors. The deadline for application to the challenge is Oct. 2, 2015.

We’re hoping to get applicants from ages 15 to 105, including inventors, engineers, hackers, and others who not only have game-changing ideas, but can also help put them into action.
Cherish Hamutoff
senior casting producer

This year’s event features a larger prize pool, as the grand prize winner will receive $1 million, and the next top five teams will get $100,000 each.

Of course the other major difference from the previous challenge is that this year’s will be televised. Producers are keeping the exact filming details under wraps but have stated that about 20 finalist teams will be chosen to participate in the series, which will follow them as they work with engineers from Intel to turn their ideas into working products using the Curie module.

Producers also note that the television show won’t feature the game show style antics seen in other reality series, such as Burnett’s Survivor and The Apprentice.

“The teams really won’t be competing directly against each other,” says Hamutoff. “The show will focus on documenting the technical and creative challenges each team faces as they try to bring their product to life.”

The completed series will air over 12 weeks in early 2016 on TBS. Short form pieces will also be featured online and on affiliated networks including CNN and Adult Swim.

Hamutoff says that the opportunity to appear on television is one of the many benefits participants can gain from the challenge.

“Of course, participants have a great opportunity to gain national exposure for their devices and their own personal brands,” says Hamutoff. “They will also get to see their ideas put into action with the help of Intel mentors and engineers. These relationships could certainly continue well beyond the competition.”

Producers also hope that the show will have an impact on a broader scale.

“This challenge is seeking to really inspire and encourage the creative community to keep making things,” says Hamutoff. “It’s also a great chance to show America what the STEM community can do.”