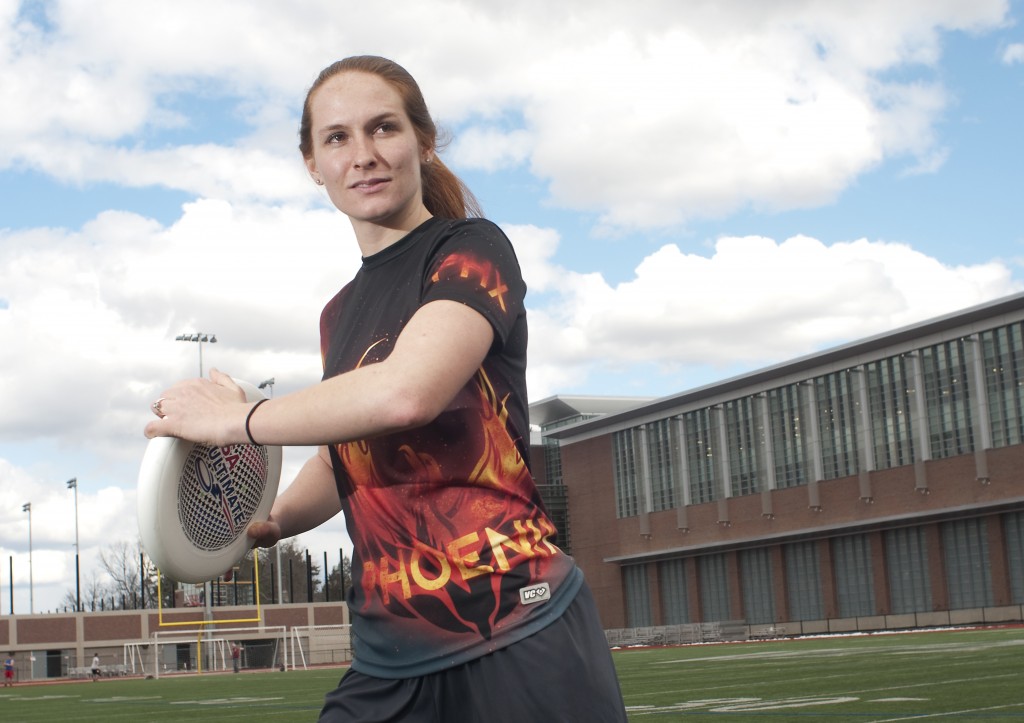 Senior Julie Eagle has already accomplished quite a bit during her time at WPI, but what lies ahead may be her ultimate success—literally.

The mechanical engineering major recently made news for her track and field achievements. In March she won the high jump for the second straight year at the New England Division III Championships held at Southern Maine University.

In July, however, she will shift gears and compete in the 2013 U-23 World Ultimate Championship in Toronto, Canada as part of the U-23 National Team. Ultimate is more recognizable as ultimate Frisbee, though the sport’s governing body has not incorporated the Wham-O–owned trademark into the name.

For the uninitiated, ultimate is a team sport, somewhat similar to football, whose object is to score by catching a pass in the opponent’s end zone. Unlike football, however, the “ball” is a Frisbee-like disk and a player must stop running while in possession of the disc, but may pass to other receivers on the field.

For Eagle, the road to the world championships began in high school at the Illinois Math and Science Academy in Aurora, Ill. She started playing pick-up games after track practice, then joined her school team. By the end of high school, she was playing with recreational club teams.

“After my freshman year of college, the Boston mixed (male and female) team, Slow White, took me for the season,” Eagle recalls.  “I was the team’s youngest player and we went into the national championship tournament in 2010 ranked number one.”

She played with Slow White again in 2011. In 2012, she moved to North Carolina for the season to play with a women’s team. This past winter, more than 500 players applied for the U-23 World team. Eagle was one of only 184 players invited to tryouts, and she earned a spot on the mixed team. All of the World teams will attend a week-long training camp in July before traveling to Toronto for a week of international competition.

One of the more unusual aspects of ultimate is its reliance on self-officiating. A philosophy called “Spirit of the Game” places the responsibility for fair play on the players rather than referees.

“It’s the idea that no player will intentionally violate the rules. Players call their own fouls and violations.  In major tournaments, games are monitored by “observers” who are like referees, but they only make rulings when a call is disputed,” she explains.

While Eagle has garnered national attention for her athletic prowess, she has also achieved quite a bit scholastically. During her sophomore year, she worked on a project that allowed her to design and build prototypes of vertical axis wind turbines for household-scale power generation. The project eventually developed into her MQP.

“Working with the wind turbines inspired me to take more classes in aerodynamics and pursue a concentration in thermal-fluids,” she says. She plans to pursue a career in that field after completing an MS in mechanical engineering.

But Eagle’s plans for the foreseeable future don’t stop there—though one rather momentous event is being slightly adjusted by ultimate commitments. 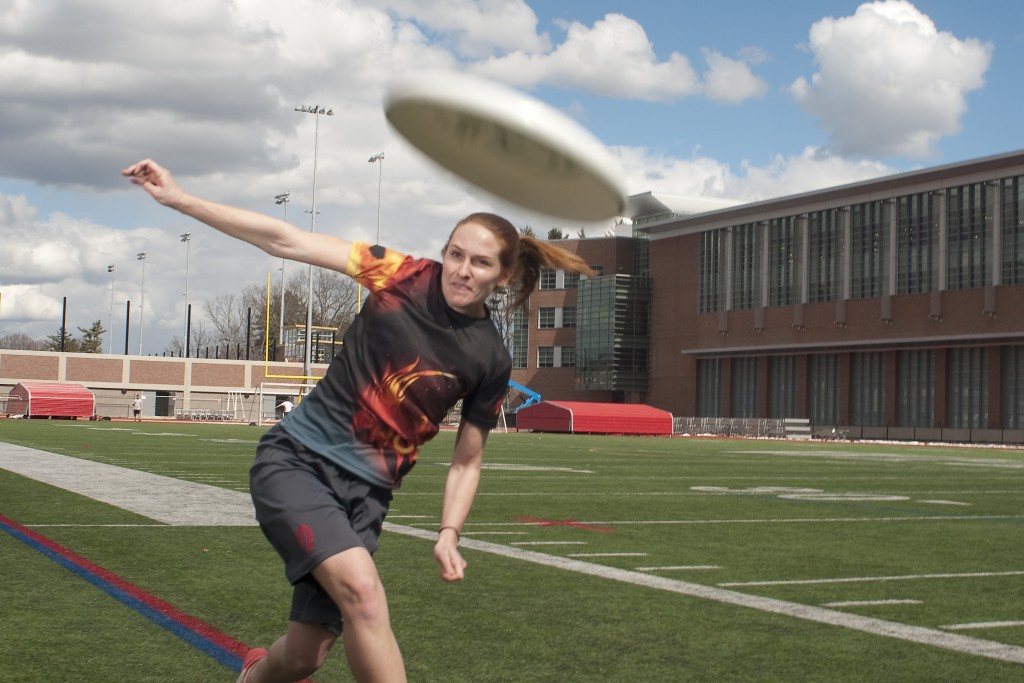 So the wedding has been rescheduled for August 3. Eagle says she was worried about how understanding her family would react to the change, since so many plans were already in place. As it turned out, her family was very understanding.

As for her fiancé, there was no concern there, because he is also an ultimate player. In fact, the two met at a tournament in Chicago. Ultimate, by the way, may soon gain new fans through wider exposure. Starting this year, ESPN will broadcast USA Ultimate’s major tournaments.