During the 20th century, Thailand lost vast amounts of its forest land, and the public perception was that hill tribes were to blame. 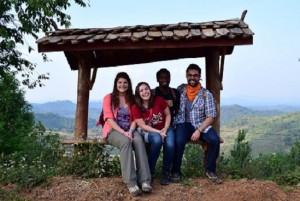 For their Interactive Qualifying Project, four WPI juniors spent several weeks early this year studying one of those tribes, the Karen in northern Thailand, to see how members managed the land where they lived. The project team was encouraged by what they found, and they hope the Karen model can be used throughout the country to help tribes stay on what is now conservation land that they have inhabited, in some cases, for hundreds of years. 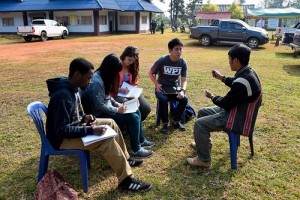 “We studied their forest management techniques to see if they were sustainable or not,” Perera says. 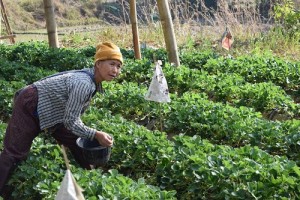 The villagers had already been trained in using Geographic Information System maps, which include land use restrictions, community rules, and information on responsible land stewardship. In their study, the students found that the residents were abiding by the different land use areas —for controlled burns, terraced farming, or watershed protection, for example—and concluded that the Karen were sustainably managing the forest.

“By changing the mindset of people based on one tribe, we can start that movement to change the mindset of Thai society,” says Perera, who noted that much of the Thai forest land had been lost to commercial logging. Besides showing how the land is being used, the GIS maps also serve as unofficial deeds for the villagers, which strengthens their chance of staying on the land.

“It has worked. The goal is to keep going,” Perera says of using GIS as a tool for forest management for hill tribes elsewhere in Thailand.

Most of the Karen tribe make their living as farmers, growing mainly rice, but also corn and other crops. 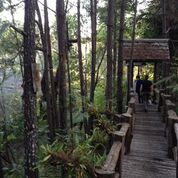 For the IQP team, the project in Thailand was a rich cultural experience as well as an educational one. Perera described a visit to the home of one villager, a hut with a roof but no walls, where the students sat cross-legged on bamboo mats while talking with the villager. He had returned to the area after living in Bangkok as a monk, and as they spoke, he wanted to know if Obama was still president.

The students’ accommodations in the hills were far less spartan, Perera says, since they stayed in tourist housing funded by the country’s royal family.

“We stayed in this mini-resort out in the middle of nowhere. We weren’t expecting that at all,” says Perera, adding that a group of Thai students working on a separate project at a coffee farm in the area stayed in village huts. “We were kind of jealous because they got that whole experience and we didn’t.”

In Bangkok, the WPI team stayed in housing provided by Chulalongkorn University. During a break from project work, they traveled to eastern Thailand, where they were put up in a hotel owned by a Thai student’s family, hiked to a cave, and visited a national park. Their Thai counterparts in the project also taught them how to order—or not to order—the local food. Perera recalls being told, “Oh, Pad Thai is so gross.”

She can also describe getting an ice cream sandwich in the country, parts of which are quite westernized, but only to a point.