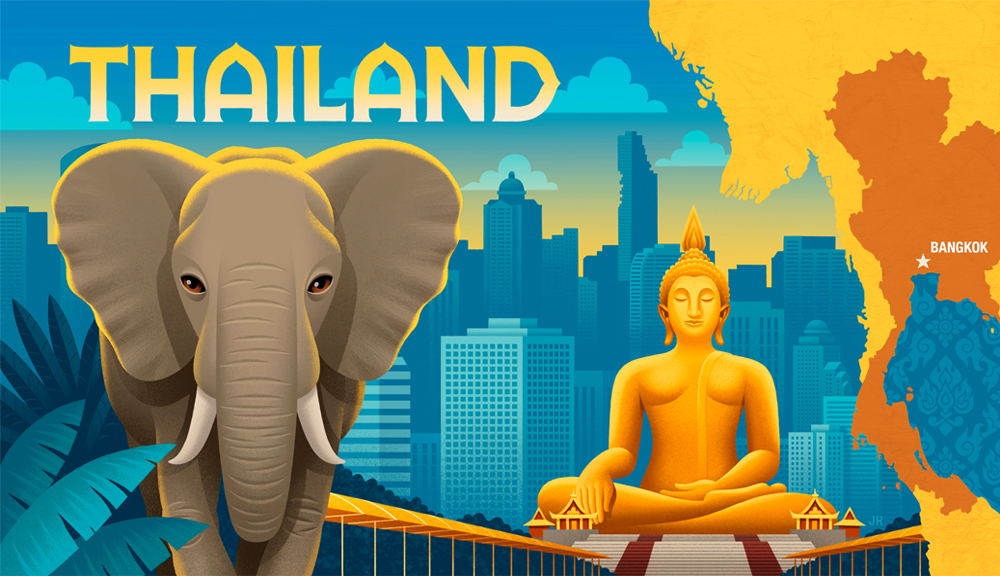 “The ability to work with Thai students was so eye opening—seeing their opinion of you as an American, and then seeing our opinion of them and how different it actually is,” mechanical engineering and international studies major Olivia Baranowski ’19 says of her IQP last year.

WPI began sending students to Bangkok nearly 30 years ago. The late Michael Gerson ’65 and his wife, Ruth, of Bangkok, were instrumental early supporters and Ruth continues to be involved. Supawan Tantayanon ’82 (PhD) connected WPI with Chulalongkorn University, where she is a professor of chemistry. WPI and CU students first teamed up for projects in 2009, when the latter established its own degree program with a requirement similar to the IQP.

“It’s been a wonderful thing for the students. They get to work closely with people their age who are from a different culture” says Center for Project-Based Learning director Rick Vaz, who also serves as co-director of the Bangkok Project Center.

Baranowski’s team of seven included three students from CU. The group’s sponsor was the Thai royal family’s Chaipattana Foundation, which wanted to develop new markets for coconut farmers in Amphawa, a village west of Bangkok. Her team was tasked with developing  a marketing program for a local fermented drink, coconut cider vinegar.

It took a while for the American and Thai students to gel as a team, she says. The Thai students, with their structured 9 to 5 class schedule, approached project work differently than the WPI students. It was frustrating at first, but Baranowski realized that learning to accommodate different work styles was good preparation for life after graduation. Eventually, the team divvied up the workload according to one another’s strengths, with the Thai students doing design and translations. “It was hard in the beginning," she says, "but in the end, we wouldn’t have been able to do it without them.”

Baranowski took advantage of free time during the weekends to tour the country. She was so taken by the experience that she added international studies as a second major. An ROTC student, she will attend flight school after graduation; she plans to go into foreign relations after a career as a Navy pilot.

Ryan Eley’s IQP experience in Thailand in 2008 didn’t influence his major, but it did set him on a course that led to Tanzania and now Haiti, where he has lived for two years. Having grown up in a small Connecticut town, he was eager to see the world—he chose WPI because it offered opportunities to do project work abroad. In Thailand, his team worked in the Mae Moh district of Lampang Province to improve communication between the Electricity Generating Authority of Thailand and villagers who suffered under the authority’s earlier environmental practices.

Having majored in civil and environmental engineering, Eley worked for construction firms for several years. He volunteered for six months in Tanzania with Engineers Without Borders. after which he took a consulting position in Haiti before starting his own construction company in that country. His time in Thailand, and a year later in Costa Rica for his MQP, sparked his desire to work in developing nations.

“I’m sure a lot of that is the reason for wanting to work abroad again," he says. "If I hadn’t gone overseas in college, I don’t think I would have thought to do it professionally.”