Last fall, WPI business professor Frank Hoy issued a challenge to the business school’s faculty and staff: If more than 50 percent donate to a WPI scholarship, fund, building, program, or initiative—whatever they prefer and whatever amount they prefer—he would donate $10K. 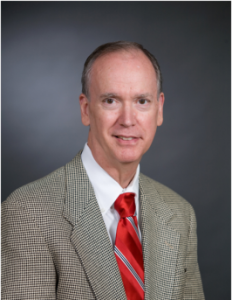 And well ahead of the June 30 deadline.

Hoy, Paul R. Beswick Professor of Innovation and Entrepreneurship, and director of the Collaborative for Entrepreneurship & Innovation, called WPI “remarkable” in an email Sept. 4. He urged the more-than-40 staff and faculty members to support the institution where “the emphasis on project-based learning is a marvelous fit with the entrepreneurial mindset.”

The campaign challenge does more than raise money, says Hoy. It also sends a message that if alumni and others are asked to support WPI, faculty and staff should make a statement and help lead the way.

“This university is worth our personal financial investment,” he says.

Contributions have flowed at a fairly steady pace, says associate director of annual giving Ajayi Harris. Toward the end of 2014, there were gifts coming in as a result of holiday charitable donations, and then on Giving Day, March 19, there was another boost in giving.

Exciting changes are taking place at WPI, and the Foisie School of Business faculty and staff are making important contributions to those changes.
Professor Frank Hoy

The announcement that enough had been raised for Hoy to chip in the $10,000 also may have served as a reminder for other donors, says Harris.

“Shortly after Frank sent an email to the school of business, saying ‘Thanks, goal has been met,’ two more [people] gave,” Harris says.

“Exciting changes are taking place at WPI, and the Foisie School of Business faculty and staff are making important contributions to those changes,” said Hoy after the fundraising goal was met.

Hoy is especially glad to see so many giving in recognition of longtime professor Art Gerstenfeld, who has an endowed fund for the WPI Wall Street Project Center named after him. The fund aims to raise $500,000 for the MQP in the financial sector, which Gerstenfeld directs.

The Foisie Innovation Center is another project Hoy says he was happy to see become a priority for contributors. The studio will be a hub for WPI’s entrepreneurial collaborations.

Campus choices for contributions are as diverse as the people who make them, says Harris. And Hoy’s fundraising challenge did not have a minimum amount, nor a specific area of focus.

“Faculty tend to give to the department or organization they advise. People who work in a particular office [may give there], or opt to give to the Annual Fund, which supports financial aid, scholarships, renovation of labs, keeping the lights on, or helping students get to conferences,” says Harris.

Though the goal is met, Harris and Hoy hope staff and faculty won’t rest on their laurels, and will continue to give. “I was happy to learn about the increase in donations this past year,” says Hoy, “and hope that they will be sustained beyond this challenge.”