Leader in Her Field

In some ways—though justly earned—Framingham-based Computerworld magazine’s recognition of Deborah Scott, WPI’s chief information officer and leader of the school’s IT services division, came to her. WPI President Laurie Leshin mentioned the school’s efforts while networking at a robotics conference, and set the ball in motion, Scott said. Scott was then interviewed by the tech publication for an article on how campuses prepare for a new academic year.

From that initial interview as a stepping-off point, the magazine got to know more about Scott. She was nominated for the 2016 Computerworld Premier 100 Technology Leaders not long afterward. “It was an honor,” says Scott. “I was happy when they got to know me that they asked me, ‘What else do you do?’”

The Computerworld Premier 100 Technology Leader award is given each year to 100 people in technology and business for innovative approaches to business challenges.

Scott, an electrical engineer, came to WPI in the 2010–11 school year from her home state of California, where she served in myriad roles in the IT field. She spent time as chief technology officer for the division of student affairs at the University of California, Santa Barbara.

Eye on the Horizon

A running enthusiast, Scott is accustomed to covering as much ground as possible in a short amount of time. Leading the school’s IT efforts involves a similar skillset. With changing tech developments, campus needs and capacity considerations, there is not much time for resting on laurels. 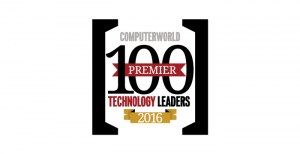 “Like many of the best CIOs, Deborah has skillfully balanced the needs of many diverse constituencies with limited resources. This is particularly challenging at a university where our needs change dramatically in short timespans,” says Craig Shue, assistant professor of computer science and chair of the campus committee on information technology policy. Shue has worked alongside Scott on WPI’s Cybersecurity Program; changes to the school’s Acceptable Use Policy; policies for the Blackboard learning management system; and support for WPI’s growing cybersecurity program, he said in a recommendation for Scott.

Her career highlight was putting IT research “on the map, from soup to nuts,” at WPI, building a team and seeking funding, says Scott. With a goal of supporting the school’s growing research program, she worked with Shue, specifically on lab setups for cybersecurity education, for example. A safe environment that wouldn’t affect what was going on in the rest of the computer network was needed.  The research infrastructure was about five years in the making, she says.

“I had to analyze what was happening with the research program and work with faculty to see what growth they expected and what systems needed to be put in place. We had to figure out how to budget for and get approval for large systems,” she says. Then, she and her Research Computing Team had to put in place an infrastructure that could grow as the research program grew on campus. It did grow—spawning such initiatives as medical robotics, image-guided surgery, and human-robot interaction, often using prototype parts fabricated using 3-D printers.

And the growth just rolls on from there. The new WPI president and new campus priorities help drive current analysis for what Scott calls a “next-generation strategy,” with cloud computing and capacity considerations.

Shue says that if Scott’s past actions are any indication, WPI has a savvy and experienced IT leader to take it into the future.

“When I was preparing to submit a research infrastructure grant to the National Science Foundation, I knew I would require IT support and help, both to create the grant proposal and to support the work if it was funded,” Shue wrote in his recommendation. “Deborah and her staff wrote an infrastructure plan to show NSF a genuine commitment to supporting the work. Without her leadership, that grant, and many others … would not have been possible. Deborah Scott’s leadership has been key for ensuring WPI’s success in meeting its academic and research missions.”