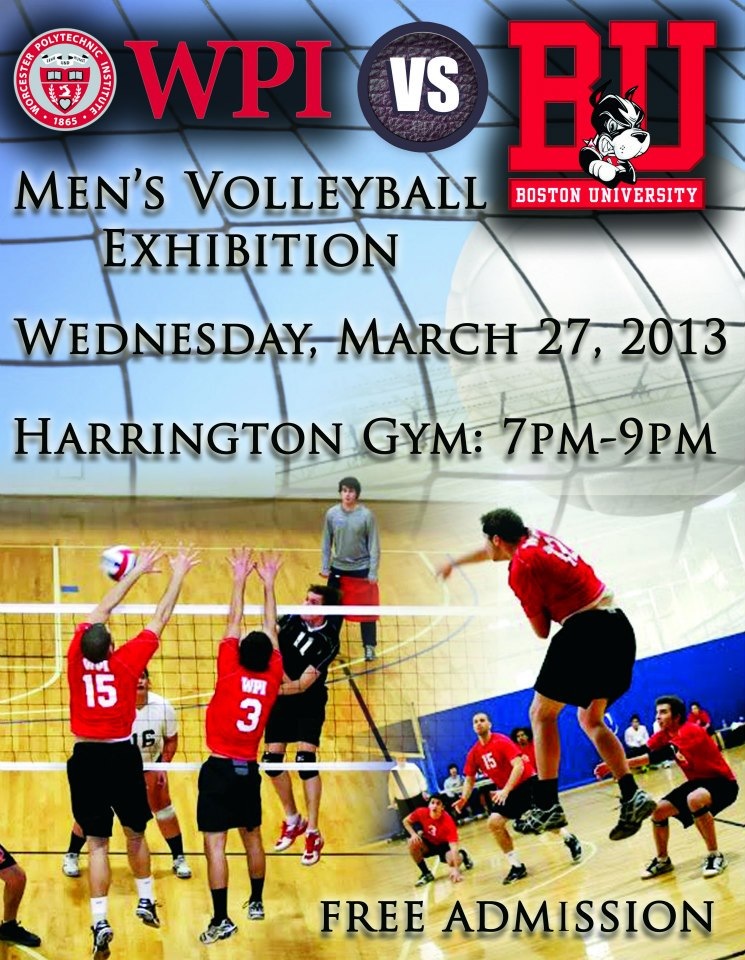 The WPI Men’s Volleyball club team takes on Boston University in an exhibition game tonight at 7:00 with free admission. The match is the best of five sets, with each set played until a team scores 25 points.

According to club secretary Christian Acosta, although not an official athletic team of WPI, Men’s Volleyball competes in the New England Collegiate League, which also includes Holy Cross, Assumption, and Clark.

This exhibition game is an effort to promote on campus the club that won the 2012 league title in Division 2, has recently moved to Division 1, and is headed to the playoffs. Team members are aiming for the national tournament next week in Dallas.

The men’s volleyball team is open to all, yet only a select few (10-12) are invited to travel and participate in league play. The team welcomes anyone interested in playing for the next season by emailing Christianacosta@wpi.edu.