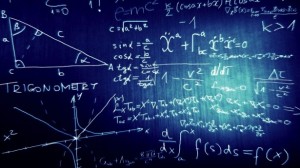 “Detection of Spatial and Temporal Interactions in Renal Autoregulation Dynamics”

Renal autoregulation stabilizes renal blood flow to protect the glomerular capillaries and maintain glomerular filtration rates through two mechanisms: tubuloglomerular feedback (TGF) and the myogenic response (MR). It is considered that the feedback mechanisms operate independently in each nephron (the functional unit of the kidney) within a kidney, but renal autoregulation dynamics can be coupled between vascular connected nephrons. It has also been shown that the mechanisms are time-varying and interact with each other. Understanding of the significance of such complex behavior has been limited by techniques capable of monitoring renal flow signals among a significant number of nephrons simultaneously. The purpose of this thesis was to develop approaches to allow the identification and characterization of spatial and temporal properties of renal autoregulation dynamics.

We present evidence that laser speckle perfusion imaging (LSPI) effectively captures renal autoregulation dynamics in perfusion signals across the renal cortex of anaesthetized rats and that spatial heterogeneity of the dynamics is present and can be investigated using LSPI. Next, we present a novel approach to segment LSPI of the renal surface into phase synchronized clusters representing areas with coupled renal autoregulation dynamics. Results are shown for the MR and demonstrate that when a signal is present phase synchronized regions can be identified. We then describe an approach to identify quadratic phase coupling between the TGF and MR mechanisms in time and space. Using this approach we can identify locations across the renal surface where both mechanisms are operating cooperatively. Finally, we show how synchronization between nephrons can be investigated in relation to renal autoregulation effectiveness by comparing phase synchronization estimates from LSPI with renal autoregulation system properties estimated from renal blood flow and blood pressure measurements.