After a long, snowy winter, WPI’s softball team is ready to clear the diamond and play ball. 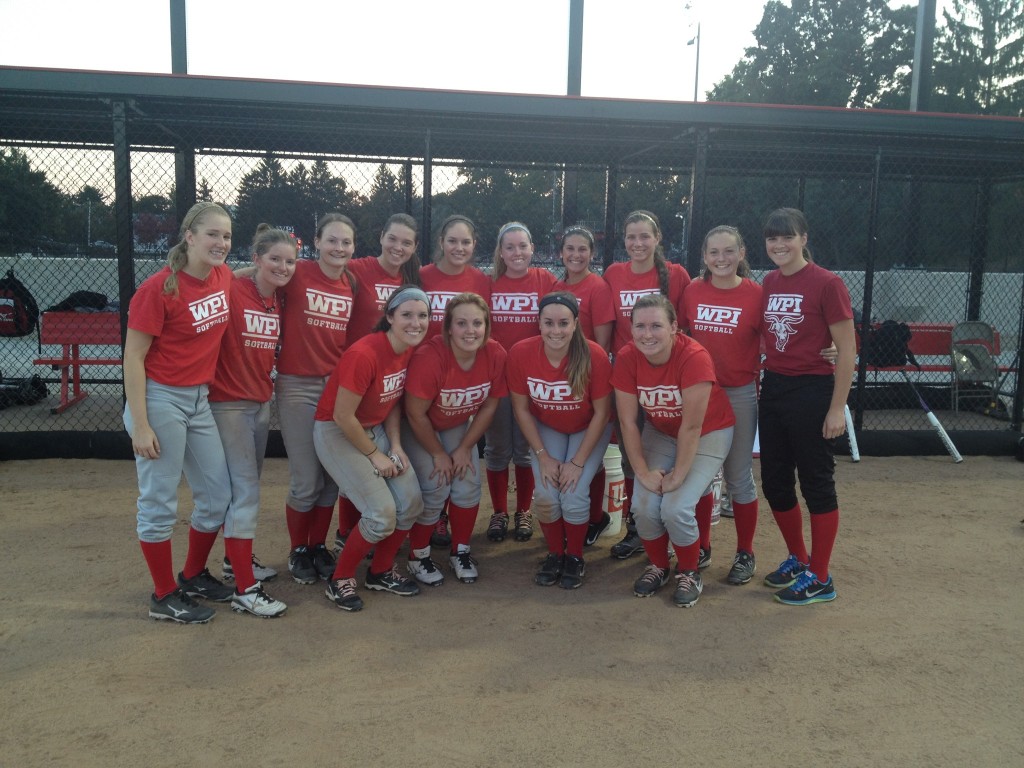 On March 22, the softball team officially starts the season with a doubleheader home opener against Wheaton College on the brand-new rooftop field*, with a new coach, and with a tribute to the late George LeGacy, former WPI softball coach.

“On March 22, our student-athletes will have the opportunity to honor the life of George LeGacy while celebrating the debut of a new, state-of-the-art softball facility,” says Charles “Rusty” Eggen, associate athletic director and sports information director. “Adding to the experience will be the large amount of alums that will be in attendance. They will get to see firsthand the tradition of WPI softball.”

The softball team, which had an 11-23 season last year, is slated for 38 games this season. The schedule (find here) runs until the April 19 season doubleheader closer against Babson College. Tournament games follow the season’s end.

“The players have shown real commitment, a strong desire to attain team goals, and a confident and competitive nature that essentially has translated into an excellent team dynamic,” says Whitney Goldstein, who joined WPI as softball coach last June. Goldstein was a highly acclaimed softball player at UMass even earning the never-before-bestowed dual title of Player of the Year and Rookie of the Year in the same season.

The season opener is always a celebration of the sport and the university, as well. “This is an exciting day for the softball program and athletic department,” says Goldstein. “We are very proud to have such a dynamic faculty that enables out student-athletes to grow, thrive, and succeed.”

Noting the rigorous training schedule, Goldstein says the team approach works for the team as a whole and for each player individually. The players all practice 5 to 6 days a week as a team, but then many of them also practice on their own, as well, so they can perfect their game or work on any weak areas. “It is the goal and culture of the softball program that the student-athletes have a strong work ethic, a passion for the game, a selfless commitment to their teammates, and a will to stay true to why they play the game they love so much,” she says. “As the head coach, it is my responsibility to aid in making their athletic experience meaningful, to teach accountability, and to encourage the athletes to pursue all their aspirations on the field and in the classroom.”

“We are excited to celebrate the opening of WPI’s new and environmentally friendly, green rooftop field – the first of its kind for the city of Worcester,” says Goldstein.

The home opener is also the first time the softball team will host a game on the new rooftop field, the first of its kind built in Massachusetts. With a dual purpose of a parking garage underneath and playing fields on the rooftop, the project is a hallmark of WPI’s commitment to sustainability and to the best use of urban space.

As a double header, the home opener packs two games into one day (at 12 and 2 pm), and is a chance to show off some newly polished might. Opening ceremony events will begin at 11:45 am with a ceremonial ribbon cutting and LeGacy’s tribute. LeGacy, who retired last year, led the Engineers to a total of 101 winning games. His daughter, Michelle LeGacy Montville, who pitched at Clark University, will throw out the first pitch of the season.

The 14 student athletes are ready after weeks of training and a trip to Florida for 10 preseason games. Goldstein says, “We are excited to welcome back alumni, friends of WPI softball, and anyone within the community of WPI and beyond to join us for this special day on our unique rooftop field.”

* Due to the present condition of WPI’s rooftop field, the Softball team will play their scheduled game at Wheaton’s field.