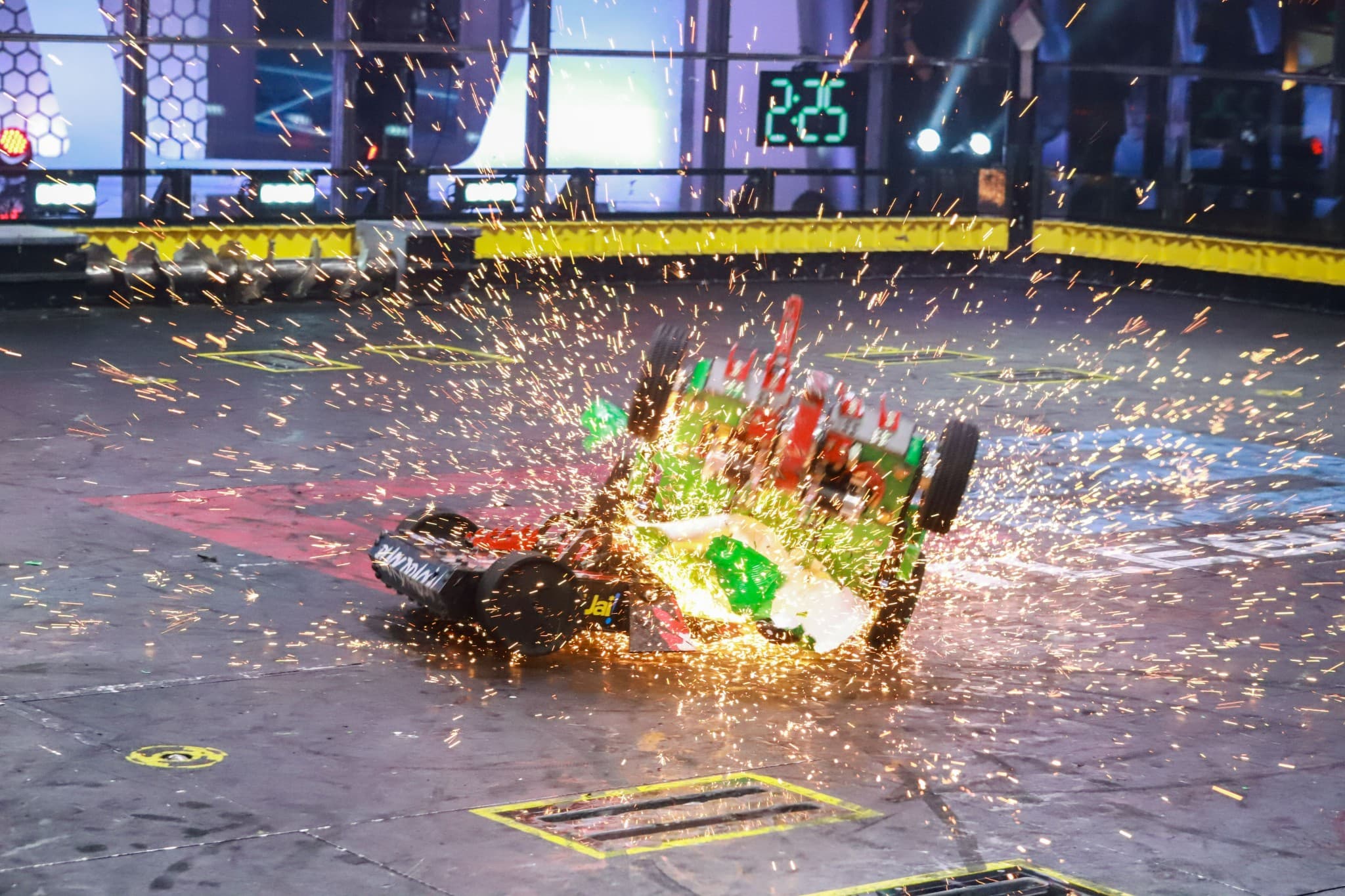 Ribbot in action during the finals of BattleBots

According to the team, it takes teamwork, interpersonal and problem-solving skills, and a hands-on mindset to develop a robot for a competition such as BattleBots, an international tournament-style competition where competitors aim for their robot to be the last one standing.

“My experiences throughout the Robotics curriculum at WPI taught me how to refine a design, troubleshoot, and work well under pressure when things inevitably go wrong,” says Christian Cooper ’21, design lead for the university’s 2020 Team Ribbot, which developed a 250 lb. frog-like battle robot that can travel at speeds up to 20 mph.

During a recent interview, members of Team Ribbot credited classes they’d taken at WPI, while others pointed out work they'd done for their Major Qualifying Project (MQP) and Interactive Qualifying Project (IQP) with providing them the skills and knowledge needed to develop a robot from initial designs, to creating a prototype, to getting the robot into final working order to be BattleBots ready. 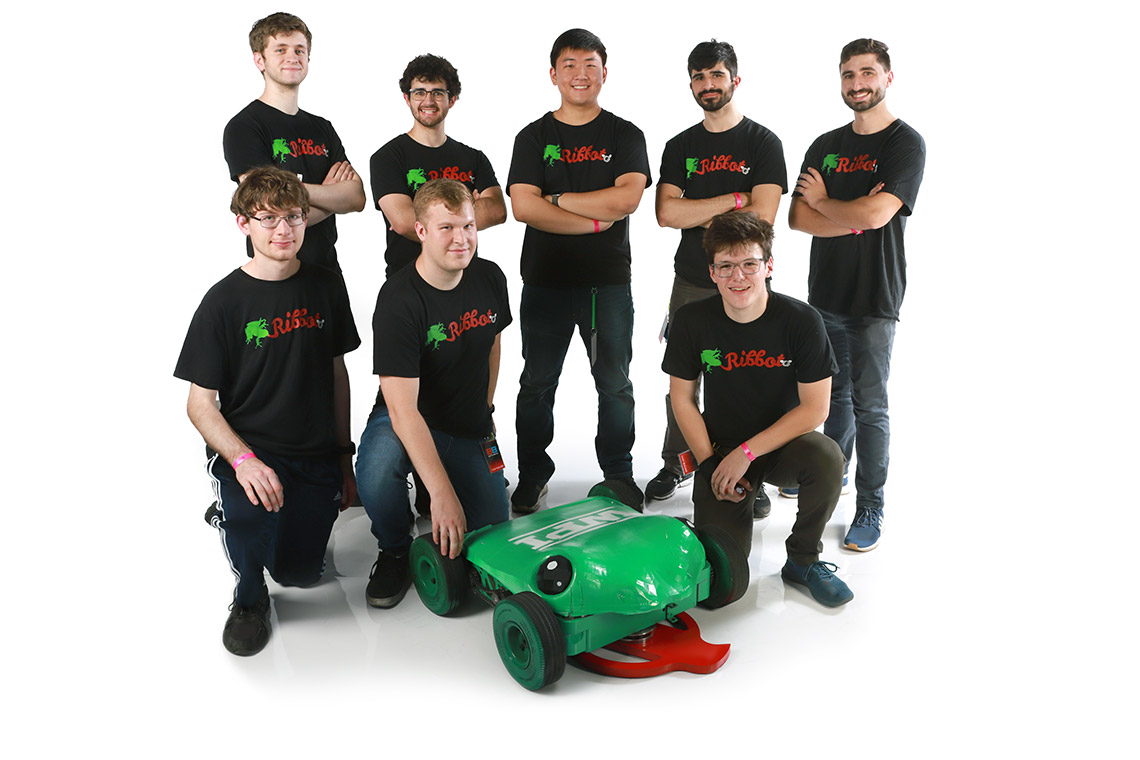 “WPI gives us the flexibility to work on our own schedules to get things done. WPI has also trained us and it trusts us, which is something you don’t find anywhere else,” said Cooper, describing how he had the freedom to work in the Washburn Shops, which houses programs in manufacturing engineering and materials science, for BattleBots-related projects.

Team Ribbot captain David Jin '20 said his IQP, which included other Team Ribbot members, was a great way to generate interest in combat robotics among new WPI students. It included developing a short curriculum to introduce students to Computer Aided Design (CAD) and 3D Printing; participants also designed robots. “By the end of the event, the participants were able to compete in a combat robotics event with 1lb, 3D printed bots,” Jin says. “This allowed us to find new members who had a passion for building robots. Some of these new members ultimately ended up being part of Team Ribbot.”

Team advisor Brad Miller, associate director of the Robotics Resource Center, says designing a BattleBot is the “ultimate example” of project-based learning. “It’s not part of a class, there are no instructions and no teachers. Students have to do independent research, come up with new designs and manufacturing techniques, and build the robot so it wins.”

He also says WPI’s involvement with BattleBots has attracted potential students to campus. “I think it really does help with recruiting. There are current students on Ribbot that high school students can easily identify with—and then imagine themselves coming here, joining the team, and appearing on television. They see the robotics engineering students who designed and built Ribbot as role models,” he says.

Being on BattleBots has also helped team members develop valuable workforce skills. Nick Hom ’23, junior designer/machinist and a newer member of the team, spoke about how he took the initiative to teach himself how to operate a new machine to fix a part for Ribbot. Cooper, meanwhile, says working on Ribbot has helped him learn how to communicate with sponsors and interact with manufacturers for price quotes—for a broken robot part, for example.

Jin also recounted how he was approached about a job during filming of the 2019 BattleBots season. When he returned home, he was interviewed and hired as a mechanical engineer at isee, an autonomous truck startup based in Cambridge, Mass.

“I would put my name behind any of my teammates at whatever job they end up doing,” says Jin. “They would not have had any chance of being on the team if they hadn’t already shown that they’re talented.”