In an increasingly cluttered world of college rankings, where does WPI stand?

Do you want to know which colleges party the hardest? Wondering which schools produce graduates who are most likely to pay off their loans, have the most sustainable campuses, offer top internships, or have students who are “most right-swiped” on Tinder?

Nowadays, it seems like there is a ranking for nearly every aspect of college life, and beyond. While rankings used to be dominated by flagship systems produced by groups like the U.S News & World Report and the Princeton Review, venues of all kinds have now jumped into the rankings game, from media outlets like Forbes, Business Insider, The Economist, and the New York Times, to online education sites such as College Factual, Great Value Colleges, and Niche, to the U.S. Department of Education, specialty companies like Tinder, and many more.

WPI has always prided itself on being a place that gives students the tools they need to succeed after graduation.

To shed light on this seemingly overwhelming state of college rankings, we turned to Kristin Tichenor, WPI senior vice president for enrollment and institutional strategy.

When asked if one ranking system stands out over another, Tichenor is blunt.

“I wouldn’t put too much stock in any one ranking or list,” says Tichenor. “Different systems use widely differing methodologies, and it’s often the case that the slightest change in even one data point can result in a school moving significantly up or down.”

Instead, Tichenor explains, she sees value in looking at larger trends among the myriad ranking systems.

“We are seeing an increasing number of rankings with terms like ‘return on investment’ and ‘value-added’ that focus on student outcomes and the value provided for tuition dollars,” she says.

When it comes to this type of ranking, WPI is earning high marks. PayScale.com puts WPI in the top 1.5 percent of schools nationally for both ROI and alumni salaries, and WPI has featured in several new lists for 2015, including Money magazine’s best value colleges, the Princeton Review’s guide to “Colleges that Create Futures,” and the recently released value-added college ranking from the Brookings Metropolitan Policy Program.

What exactly is WPI doing to rank so highly? The way Tichenor sees it, it’s actually the rankings that are finally catching up with WPI. 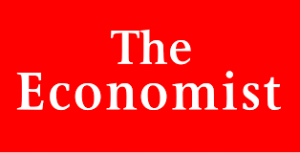 “WPI has always prided itself on being a place that gives students the tools they need to succeed after graduation,” says Tichenor. “Thanks to our project-based education, graduates have the confidence to walk into any challenging situation and get the job done. These qualities are highly valued by employers—and now they are being increasingly recognized by college ranking systems and the prospective students who use them.”

What about all of those other rankings and lists? While there are a lot to sift through—with new rankings coming out nearly every week—Tichenor says some of them occasionally catch her attention.

“I find some of the quirkier rankings really interesting because they often draw on different sources and go beyond just numbers,” she says.

For example, WPI was recently featured in a list created by online news hub Mic of 13 colleges from around the world that are most likely to produce the “Next Steve Jobs.”

The list was based on data from multiple sources on factors including research facilities, notable alumni, and private sector relationships. WPI was identified along with colleges such as Imperial College of London, Montana State University, the University of Melbourne, and the National University of Singapore and was highlighted for producing entrepreneurial alumni, including Robert Goddard and Paul Allaire, the former CEO of Xerox.

“It’s interesting to see such a diverse collection of schools that you would not normally associate with each other,” says Tichenor. “This list does a great job of capturing the innovative spirit and out-of-the-box thinking that is fostered at these institutions.”

Tichenor says she also likes to see rankings that recognize factors WPI has worked particularly hard to achieve—such as inclusion in College Choice’s 50 Colleges and Universities with the Happiest Freshmen based on WPI’s high first-year retention rate; Best College Review’s 50 Best Colleges for Greek Life based on the positive role Greek life plays on campus; the Princeton Review’s “Guide to 353 Green Colleges” for numerous sustainability initiatives; and Fiske’s guide to the most interesting college, which describes how WPI “emphasizes teamwork instead of competition,” and offers a “global emphasis unusual for an engineering school.”

While Tichenor is proud to see WPI consistently garner strong rankings and accolades, she notes that there is an even better way to showcase WPI’s success—through its alumni.

“All the great rankings in the world can’t outweigh the word of mouth reputation created by our impressive alumni,” says Tichenor. “Whether they are rising high in the ranks of academia or industry, inventing new and innovative products, or simply being enthusiastic spokesmen for prospective students, our alumni are truly our greatest ambassadors.”