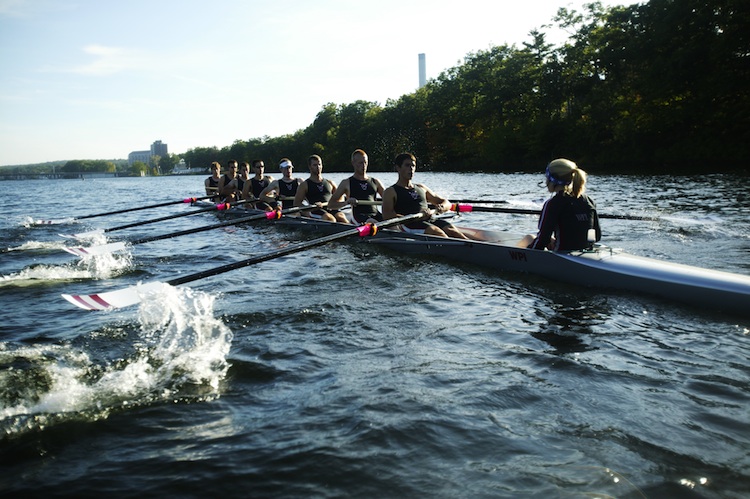 The WPI crew teams are powerhouses on water, but they’re also pretty effective on land. This year marks the 15th annual Rent-A-Rower campaign during which rowers from the men’s and women’s teams will “rent” their services to members of the community looking for help around the house.

The fundraiser began in 1999, shortly after the arrival of current men’s head coach Larry Noble. Its purpose is to generate extra funds to assist both teams, specifically with trips to crew meets throughout the academic year. Crew members are expected to pay for travel expenses out of pocket, but many can’t afford those costs on their own. This year, the Rent-A-Rower campaign will help fund the teams’ spring training trip to Florida between C- and D-Terms. It will also help support the teams’ trip to the Henley Royal Regatta in England over the summer.

The chores the rowers can do are seemingly endless.

“I’ve done a few different jobs, including raking and cleaning the yard, moving furniture around the house, leveling gravel so a shed could be placed on top, and packing and unpacking a moving truck,” says Gary Jackson, senior co-captain of the men’s team.

Yard work is the biggest request, and with autumn in full swing the leaves are already piling up. The fundraiser runs throughout the academic year, so winter sees its fair share of clients, too.

Says co-captain John Morrissey, “There are very few things we cannot do. With such a large team from all different majors and backgrounds, our experienced guys can do almost anything.”

The fundraiser is open to all crew members, but it runs on a first-come, first-served basis. Anyone can hire a rower, but “people from the WPI community are usually the only ones who hear about the program,” says Morrissey. Members can be rented for a full day (8 hours) or a half day (5 hours). A full day’s pay is $140 and a meal, while a half day costs $100.

After finding a permanent home at WPI in 1965, crew has had a long and successful history. The men’s team has won numerous Worcester City Championships and several New England Championships, while the women’s team has also competed in the United States National Rowing Championships. Many members have competed beyond college at national and Olympic levels.

This year, the men’s and women’s teams are off to an equally electric start. Each placed second in the Textile River Regatta and followed up with another second place finish in the Quinsigamond Snake Regatta. Their next meet is the Head of the Charles Regatta in Cambridge, where they look to finish first.

Even with such a busy schedule, the Rent-A-Rower campaign will move ahead at full speed. “There’s really not a limit to what we can do,” notes Jackson. With two consistently placing teams who have the time and desire to help out around the community, there doesn’t seem to be a limit, after all.

To rent a rower, email Larry Noble at lnoble@wpi.edu.