Rick Vaz Reflects and Looks Ahead

Vaz is one of four faculty members recognized with the Bernard M. Gordon Prize

This Friday (Oct. 7) the WPI community will celebrate Rick Vaz’s contributions as dean of the Interdisciplinary & Global Studies Division, a post he recently left after 10 years to become the first director of the new Center for Project-Based Learning.

Vaz is also one of four faculty members recognized by the National Academy of Engineering’s Bernard M. Gordon Prize for Innovation in Engineering and Technology Education, given to WPI this year for the WPI Plan.

He considers the new position “a natural outgrowth” of his 10 years in IGSD. 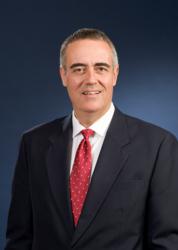 At IGSD, he says, “I worked with the whole team in order to better understand what it takes for students to have a really powerful project-based experience.”

Developing an understanding of best practices in project-based education logically led to “promoting the quality of those programs by [counseling] faculty with models and examples and materials.”

This concept is at the heart of the new center, which is intended “to capitalize on our more than four decades of leadership in experiential education and to share our deep understanding of project-based education with colleagues at other colleges and universities,” said Provost Bruce Bursten in a letter to the WPI community shortly before the onset of this academic year.

As dean of IGSD, Vaz strengthened WPI’s relationship with the Association of American Colleges and Universities (AAC&U).

Working closely with the organization, he came to understand that “a lot of what WPI does is a very good example of the highly engaged undergraduate education that they promote.”

In 2015, he put together a team of WPI colleagues to develop the first Institute on Project-Based Learning.  With AAC&U as partner and “support from people all over campus,” the group developed a curriculum for the two-day workshop that drew 38 applications.  They had expected 10 or 12.

“That told us that we were really onto something,” Vaz recalls. “There was a lot of demand in all of higher education, not just in STEM, to get support in integrating project-based learning into the curriculum.”

The 2016 Institute was even more successful, and to date 41 teams from other institutions across the country and the world have taken part in the two sessions.

He stresses that, although the concept of the Institute was his initiative, “I was pulling together the collective wisdom of the WPI faculty. We’ve learned so much about project-based learning over 46 years.”

From the IQP program to interdisciplinary research and teaching, to the tremendous growth in the number of project centers around the world, “everyone [at WPI] engages in project-based learning,” he says.

Since the 1960s, experiential learning has moved from the realm of radical pedagogy to a more valued approach both in and outside of the classroom.

However, notes Vaz, faculty members can be “uncomfortable with it.”  Changes in curricula are difficult, often involving political conflicts and challenging the culture of the particular institution.

“A lot of the Center’s work is helping colleagues from other campuses figure out how to negotiate that culture change and political process in moving their curricula in the right direction,” he says.

As it moves forward, the Center has begun to offer custom workshops on individual campuses, both supplementing and expanding the work it can do in the yearly institutes.

Recently, for instance, Vaz and two colleagues delivered a full-day faculty workshop on project-based learning at the College of the Holy Cross.

WPI may have set the gold standard for experiential learning, but it cannot stop innovating and improving.

“We need to continue to evolve as a living thing, and the Center needs to play a role in that as well,” he says.

The celebration to congratulate Vaz will be 4-6 p.m. at Gordon Hall, First Baptist Church, 111 Park Ave.