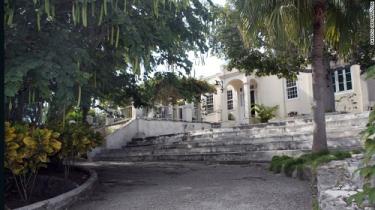 The symposium will provide a look at the current state of affairs between Cuba and the U.S.

If you love Ernest Hemingway or the mystique of Cuba, there is still time to register for a program on the restoration of Finca Vigia, Hemingway’s home in Havana—a project in the making for more than 13 years that is being called a model for Cuban-U.S. collaboration.

The Oct. 11 program will feature Gladys Collazo Usallan, president of the Cuban National Cultural Heritage Council, other officials from Cuba, and Mary-Jo Adams, executive director of the Finca Vigia Foundation in Boston, and U.S. Rep. James P. McGovern (D-Mass.), who will discuss how they engaged a bi-national team of architects, engineers, and preservationists to restore the cultural treasure.

The event is free and open to the public. Registration by the end of tomorrow (Friday) is encouraged. There will be a networking reception at 5:30 p.m., with the symposium to begin at 6. 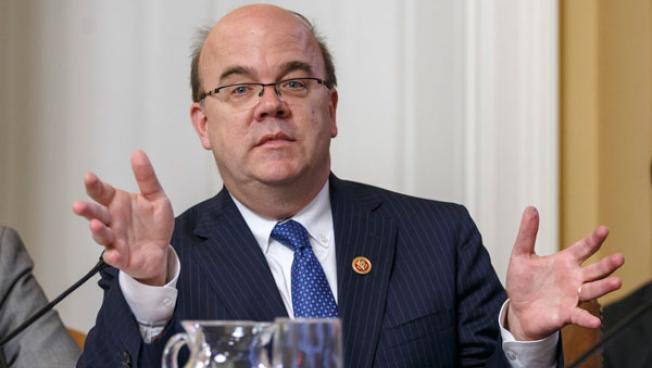 The symposium, to be held in Alden Memorial, will provide a rare opportunity to meet stewards of the Hemingway legacy and learn more about the current state of affairs between Cuba and the U.S. and hopes for future collaborations between the two countries.

The Finca Vigía Foundation, formerly the Hemingway Preservation Foundation, was founded in 2002 by Jenny and Frank Phillips and McGovern. She s the granddaughter of Ernest Hemingway’s editor and longtime friend, Maxwell Perkins.

McGovern says the Phillipses traveled to Cuba in 2001 and visited Hemingway’s home, which had been operated as a museum since the time of his death. They toured the main house, gardens, pool, and Hemingway’s yacht, Pilar, and discovered thousands of Hemingway’s documents and photographs in boxes and containers stored in the basement. There were still bottles of rum Hemingway drank from in the home and daily tabs of his weight written on the walls in the bathroom, he says.

McGovern says the documents were inaccessible and in danger of deterioration due to political division between the U.S. and Cuba and the Phillipses enlisted his support to save the documents and to preserve the architecture of the historic property.

McGovern, who accompanied President Obama on his trip to Cuba earlier this year and has long advocated for normalized relations with Cuba, says Cubans had lovingly cared for the collection and house for years, but they lacked funding for equipment to protect the collection and ensure its preservation.

“I went to Cuba more than 13 years ago and met with Fidel Castro and mentioned that Jenny accessed the house, and the minister of culture gave me the green light,” McGovern says. “The challenge, when I visited the Hemingway house, was it was getting old, the books were on the bookshelves as they were left by Hemingway the last time he was in Cuba before he left for the U.S. and committed suicide, but there were no dehumidifiers and no screens. It is a tropical climate that is harsh on documents and books.”

After conversations with Cubans who had cared for the collection, McGovern says they agreed to engage in a collaboration to preserve the house, books, and documents. Copies of restored documents will go to the John F. Kennedy Presidential Library and Museum in Boston, he says.

With McGovern’s help, they gained the support of high-level Cuban officials, including President Fidel Castro, who signed the agreement to undertake the preservation project. They also persuaded the George W. Bush administration to license the project and gained support of legislators from both parties in Congress, he says.

“It wasn’t easy to gain their trust because of bad experiences they had with Americans in past relationships,” McGovern explains. “It was very strange because of the embargo on travel. It was not the ideal time to talk about a collaboration, but Jenny and Frank thought this was something important to do. Hemingway was an important part of American culture and equally as important to Cuban culture. We claim him as our own and when you go to Cuba, they claim him as their own as well. Hemingway loved Cuba and its people.”

The restoration effort was led by the Cubans, he says, some who have passed since the project began.

“The Cubans deserve the credit for making sure Hemingway’s legacy is not lost and we came in support of them. As a result, we have a success story during the height of tensions between the U.S. and Cuba. If Hemingway can bring the U.S. and Cuba together during the worst times in their relationship, he can bring them together now during a time when we’re trying to pursue policies of reconciliation and normalize our relationship.”

The nonprofit Finca Vigía Foundation’s mission is to provide research and technical assistance necessary to restore and preserve Hemingway’s home and its contents at Finca Vigía in San Francisco de Paula, Cuba.

Linda Looft, assistant vice president of government and community relations at WPI, said the program is a great opportunity for WPI students to learn about a culture and a country that has not been open to most Americans for many years.

“To share this experience with our community and our students, I think is a great opportunity,” Looft says. “Several of us have traveled to Cuba on educational missions in the past and because of those experiences, I personally think it is really important for others to learn about the beautiful Cuban people and their culture.”

For WPI, she says, it is a “perfect blend of the kind of programming that WPI does so well."

“We are offering students the chance to experience other cultures, often in international settings, but in this case they are coming to us,” she says. “For those who have an interest in preservation, conservation, literature, or architectural engineering, this will be a chance to have conversations with and to learn from these visitors from Cuba. Maintenance of Cuban infrastructure has been deferred for a very long time and faculty and students who are interested can learn how they can be a part of the collaboration to save an iconic building and its treasured legacy.”