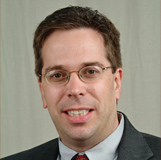 Once every seven years at WPI and at other universities, professors are offered the chance to go on sabbatical—one year without teaching—to pursue research. In the case of Bill Martin, that research is in areas of combinatorics and cryptography, or communications security.

Martin spent last fall at the University of Delaware in Newark, and this spring at Brown University’s Institute for Computational and Experimental Research in Mathematics in Providence. This summer he’ll be chairing an organizational panel for an international conference in Ontario, Canada, and will speak in Alberta, as well.

“People ask how the vacation was,” says Martin, professor of mathematical sciences and computer science, with a laugh.

In reality, he’s been busy traveling to 11 countries to various conferences and speaking engagements, including Brazil, China, Australia and Belgium. And that doesn’t include his speaking invitations to places like New York, Pennsylvania, Wyoming, and Colorado, all to “get [his] brain back into research.”

“This is a 50-hour-a-week job,” he says, “to solve problems and see how they apply to security and communications and see how I can change the content of courses so they are not static.” he says. “We have to bring in new material each year.”

THE LATEST IN LEARNING

An example of this commitment to relevant coursework came in the fall of 2012. The Nobel Prize in economics went to Lloyd Shapely and Alvin Roth, who applied mathematical algorithms to the study of markets without prices. Martin quickly reworked the course to include that material in 12 days’ time. “It was exhilarating,” he says; technology developed for pairing couples in marriage (and more practical applications) was being used to match students and schools and kidney donors with patients.

“Algorithms I’ve known for 20 years are being used for new things,” Martin says.

As part of his effort to “learn new things” over the sabbatical, Martin spent time studying the processing of large data sets. And it paid off. For instance, his knowledge of network routing algorithms, used to optimize networks of oil, traffic, or data, has been newly applied to such things as image segmentation where, among other things, one is required to separate moving images from their static background, such as in the case of security cameras.

Budgeting can be a challenge, Martin says. Grants from the National Science Foundation and the National Security Agency cover about 20 percent of the expenses but are for specific areas of study and must be itemized and approved. While his various hosts have provided most travel funding over the past year, a significant portion of the funds comes from personal money.

Time must also be budgeted. Martin tells of a time a year ago when he was invited to speak in China, then in Australia just two weeks later, a “very expensive and exhausting” proposition, he notes, with too much downtime. However, friends in Japan, learning of Martin’s predicament, set up a workshop there with Martin as featured speaker and offered him a travel stipend, productively filling in that gap of time a world away.

With thousands of air miles logged, Martin is a plane-boarding pro. He tells of removing his belt and unlacing his shoes well before the security checkpoint; volleying for position of an airplane armrest with a neighboring passenger (“I let them have it if they want it that badly,” he laughs); and managing sleep over time zones to minimize jet lag.

Though this year a two-week family vacation to Sweden, Norway, and Denmark broke up time away, the difficult part of a sabbatical is being away from his wife and daughters. But this travel and research ultimately reward both Martin and the WPI community.

“When you talk to experts around the world, things build up, researchers collide,” he says. “There’s a synergy created around these conversations.”