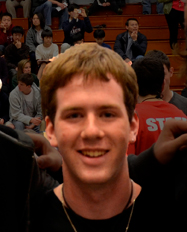 Many students look forward to involvement with robotics. However, one WPI freshman arrived on campus this past fall with some strong experience .Jordon Friedman ’16 has a deep interest in computer science, as well as electrical and computer engineering, but he also dabbles in many pursuits. In addition to robotics, Friedman ran track in high school, studied language in Spain twice, plays the guitar, and has an interest in photography.

A resident of Yardley, Pa., Friedman competed in an international ﬁreﬁghting competition while in high school. The contest required students to design and build an autonomous robot that would locate a ﬁre within a building and put the ﬁre out. The Trinity Firefighting Robotics Competition takes place annually at Trinity College in Hartford, Conn., and hosts students and adults from around the world.

“The goal was to build and program an autonomous robot that can navigate through a maze that contains four rooms,” says Friedman. “Each time you run the test, a candle will be placed randomly in one of the rooms and your robot has to be able to navigate the maze, find the fire, and extinguish it.” 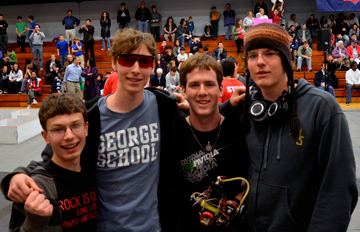 Friedman says that robots able to navigate obstacles such as carpeted floors, random doorways and start locations—and return home successfully—received bonus points. While participating with his team, Friedman used the knowledge and skills he obtained through a computer programming and robotics course taught by Chris Odom, ex-NASA rocket scientist, university-level professor and robotics, programming, and AP physics teacher at the George School, who was involved with the formation of the competition.

Robotics was one of the reasons Friedman enorolled WPI, and he hopes to double major in CS and ECE. “I love the idea of working with autonomous machines again,” he says, “because there is nothing quite as satisfying as when you spend hours problem solving, compiling code, and troubleshooting your errors, and in the end have everything work out.”