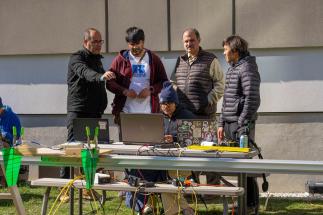 The $1,172,896 project has launched with outdoor soil-mapping experiments at Gateway Park and will run for three years, funded by a grant from the U.S. Department of Agriculture (USDA). The early work at WPI will lead to field trials at farms in Michigan.

“Current irrigation technology needs improvement,” says Zekavat, principal investigator (PI) of the project and a professor in the Department of Physics and Data Sciences program. “Farmers can use probes to measure moisture at specific sites in a field, but it’s impractical to install probes to determine root-zone moisture levels across large farms, for example those that are bigger than 500 acres. Satellite-based microwave systems can cover large areas, but the resolution is low and only provides information about surface moisture. Mega farms need root-zone moisture information to determine where to irrigate, how much to irrigate, and how to reduce runoff that strips minerals from the soil.”

Water use has become a critical issue for agriculture in recent years as droughts have parched U.S. regions and states have grappled with questions about who can tap into rivers and aquifers. At the same time, farms have been growing larger and expanding irrigation. About 56 million acres of U.S. farmland was irrigated in 2018, according to the most recent USDA Census of Agriculture.

The research team led by Zekavat will integrate drones and ground-penetrating radar to create rugged systems that can fly over farmland for at least 30 minutes to collect data about moisture in the top 1 to 2 feet of soil, where roots grow. The researchers also will develop new software that will use AI algorithms to create a database for three-dimensional soil moisture maps.

The project’s goal is to produce technology that can prescribe optimal irrigation techniques for farmers with large acreages that have complex soil features. Researchers will initially work with Michigan farmers and then disseminate information to farmers nationwide through education and training.

Collaborators on the project include Douglas Petkie, co-PI and professor and head of the WPI Department of Physics, researchers at Michigan Technological University and Michigan Tech Research Institute (MTRI), Michigan state agriculture officials, and Michigan farmers.

Initial soil-mapping experiments began in mid-October at a 10-by-15-foot plot of ground at Gateway Park that was dug to a depth of 3 feet and filled with loam. Sophomores Ruba Khan and Allen Cheung, postdoctoral researcher Majid Moradikia, and PhD student Himan Namdari worked at the site with Zekavat to measure moisture in the soil and collect data that will train machine learning to develop algorithms.

Zekavat says that while the research project will benefit agriculture by improving irrigation to reduce water use and over-watering—which could mitigate runoff, erosion, and the cost of irrigation—the technology will also have applications in other areas. It could be used to assess wildlands for fire risks, provide data for fire and drought modeling, and identify features in land such as sinkholes and contaminated soil.

“Soil moisture is critical to almost all ecosystem processes on land," says Zekavat, "so this research could have enormous scientific and economic benefits.” 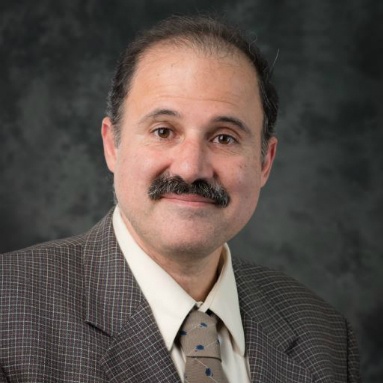 Seyed A. (Reza) Zekavat received his PhD from Colorado State University in 2002. He is the Author of the textbook "Electrical Engineering: Concepts and Applications" published by Pearson, and the editor of the book “Handbook of Position Location: Theory, Practice and Advances,” published by Wiley/IEEE. He holds a patent on an active Wireless Remote Positioning System. 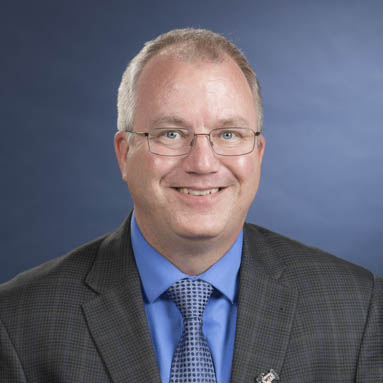 It is my pleasure to work with students and colleagues to elevate the impact WPI has on the world. WPI has a dynamic and energetic environment with a strong focus on experiential learning and interdisciplinary research. The balance between theory and practice and the passion everyone shares for the WPI Plan and the Project Based Curriculum makes this a truly unique place, where you get degrees for project accomplishments rather than courses completed.