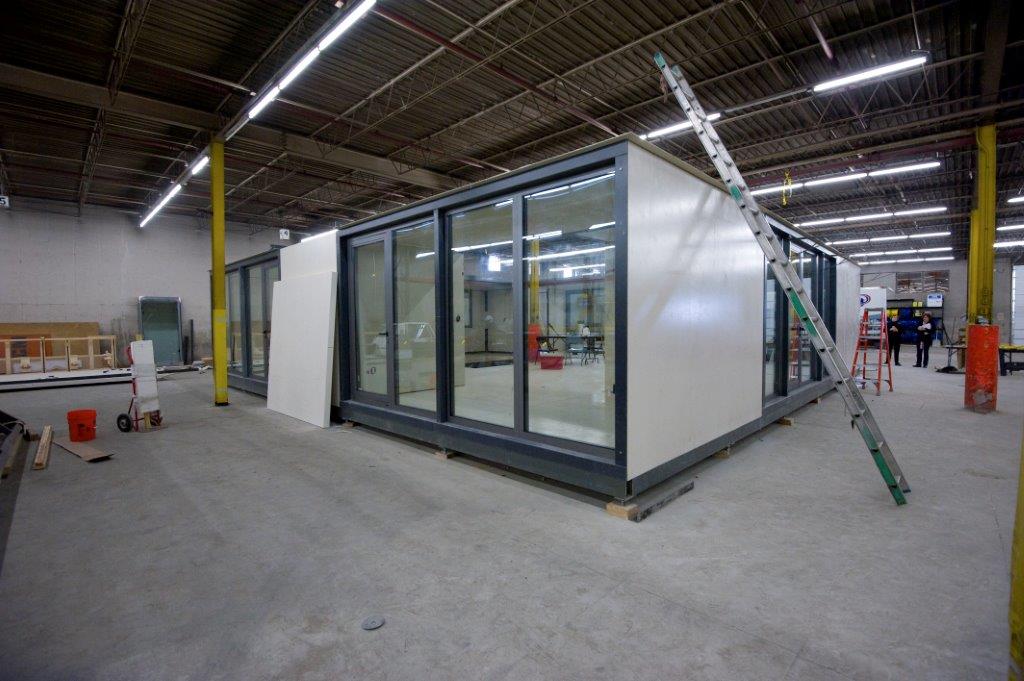 When WPI sends the Solatrium, a 1,500-square-foot, net-zero energy house, to this year’s Solar Decathlon competition in China in August, it is holding a whole community within its composite material walls.

“This project reaches out beyond just building a house,” says Professor Tahar El-Korchi, head of the Civil and Environmental Engineering Department.

The U.S. Department of Energy hosted the first Solar Decathlon, which challenges students to design and create a solar energy–powered house, in 2002. Solar Decathlons are now held in Europe, and WPI’s Team BEMANY is one of 23 teams (only five of which have students from the United States) to participate in China’s first-ever Solar Decathlon.

The competition offers the 500,000 expected visitors a peek into the future. WPI’s Solatrium is self-sufficient, using composite materials and solar energy to provide all the electric needs of a family. But the house can’t show the assortment of people—including faculty and students from WPI, Ghent University in Belgium, and the Polytechnic Institute of New York University—who poured countless hours into its creation. The project has attracted local support, as well, including students and faculty at Worcester Technical High School who welded the atrium’s truss, and carpenters from Worcester Local 107 who volunteered their expert finishing services for the house. Legions of sponsors donated time, funding, and materials to make the house a reality.

When El-Korchi went to a Solar Decathlon a couple of years ago, he never expected to be on the brink of sending a WPI team and house to China. The sheer logistics involved in getting funding, corralling students from three universities, and building and dismantling the house are huge. And the Solatrium is the only house in the 23-team competition that is not building the house in China.

“For me this is aligned with how the students and faculty rise to the occasion of undertaking a project, of problem solving, and of learning things they haven’t come across before,” says El-Korchi. “It is multi-facility, multi-continental, and multi-university. You just don’t learn this stuff in books.”

“This is about the community coming together,” says Karen Bean, director of academic advancement, special projects, who was tasked with spearheading the approximately $450,000 fundraising efforts, of which nearly $400,000 of cash pledges and gifts-in-kind have been received. “Everyone wants to see this succeed, and it has been a group effort. It is no small feat.”

Students say the project is life-changing. “I have had a dream of building my own house with my two hands since I was about 10,” says senior Christian Lecorps, “and this definitely gives me an idea of where to get started.” Lecorps, who is doing his senior  project on the Solatarium, says he is grateful to the sponsors who made this house possible. “To say ‘Thank you’ is not enough,” he says. “I am really happy I got to do this. It is completely priceless. I wouldn’t get to do this anywhere else.”

Sophomore Briana Weisgerber says the thrill is knowing the house is a future reality. “It’s exciting that this is possible, and the greatest thing is showing people that it is possible,” says.

Official plans for an Institute Park display of the house were moved from spring to fall because of time constraints. It will take seven weeks to ship the house, by truck and boat, to China. Students will arrive in July for rebuilding, a week of competition, and a week to dismantle the house for its return trip to Worcester.