There’s no doubt that STEM is one of the hottest topics in education right now. But one of the biggest hurdles to overcome in further integrating it into curriculum, according to WPI adjunct professor of mechanical engineering Martha Cyr, is that so many people have a different idea of what it is. 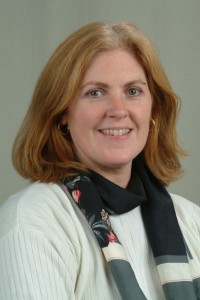 “There is a wide variety of interpretation of what STEM means,” says Cyr, noting that in her experience, “what STEM is, is using the science, technology, engineering, and mathematics, as well as critical thinking skills, to work on problem solving.”

Last Wednesday, some of the state’s greatest minds and influencers in STEM disciplines gathered to grapple with this and other issues at the 11th annual Massachusetts STEM Summit, held for the first time in Worcester, at the DCU Center.

Featuring numerous speakers from around the state, as well as dozens of sessions, panels, and exhibitors, the event’s theme was “Gateway to the Future.” Attendees included more than 1,300 educators, business leaders and legislators, and WPI “had some amazing representation,” says Cyr, who also serves as executive director of the STEM Education Center at WPI, which provides licensure, degree programs, and professional development for educators, and performs research on teaching and learning.

This is one of the best STEM summits I’ve been to in years, and I’ve been going to them since they first started.
Martha Cyr

For example, dean of undergraduate studies Art Heinricher took part in a session on scaling STEM models in gateway cities, while associate dean Kris Wobbe participated in another session on integrative science in higher education. Other WPI representatives discussed such topics as cultivating a next-generation workforce, strategic planning for STEM implementation on a district-wide scale, and fostering student motivation and achievement based on National Science Foundation research. Students from the Mass Academy of Math and Science at WPI also showcased a science fair.

Other speakers focused on a wide range of topics, from teaching algebra through video game programming; to employer needs and policy implications; to developing a diverse workforce; to preparing students for careers in advanced manufacturing.

“The summit is really an opportunity for people to come together and understand what is happening with STEM in the state,” says Cyr, who not only attended, but helped by providing input for the K–12 aspects of the event. “This is one of the best STEM summits I’ve been to in years, and I’ve been going to them since they first started.”

One of the biggest overall takeaways, she says, was the notion of teaching STEM from an iterative standpoint.

For instance, one high school technology engineering teacher discussed how he gives students real projects to work on, then tells them to embrace failure so that they can continue to tinker and make it better. The approach, Cyr notes, emphasizes critical thinking and STEM in a real-life situation.

Other groups discussed completely changing the formats of high school and college courses to get students immersed in real-world problems.

“It’s to get them invested in learning, gathering the data, and analyzing it because they’re interested in the big question. It’s a different way of looking at education,” says Cyr, adding that attendees are really beginning to grasp the idea that “engaging students in projects or problems that are relevant is the way to get them learning the material and thinking it’s an important thing to do, versus just studying information.”

Other ongoing issues are attracting not only more women, but more minorities, to STEM fields. Cyr notes a lack of role models in both areas.

Overall, though, she lauds central Massachusetts, saying there’s “such a great sense of community around STEM,” and also credits WPI’s continued efforts.

Of President Laurie Leshin, she says, “She’s a scientist who gets that STEM matters.”

She adds, “It’s great to have a president here at WPI who understands the importance of learning through that integrated, hands-on method.”