Technology and Privacy: Electronic "Eyes" Are Everywhere and Have Us in Their Sights 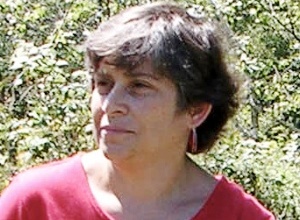 In a fascinating public radio interview, Susan Landau, WPI's new professor of cybersecurity policy, looks at the electronic technologies (from GPS-enabled smartphones to surveillance cameras to the Internet of things) that are increasingly monitoring our every move and collecting—and sharing—data about many aspects of our lives.

What effect does all of this electronic surveillance have on our sense of security and privacy, and is it subtly changing what it means to live in a democracy? Perhaps the most important question, as she notes to host Gary Neiderhoff, is "what kind of society do we want to live in?" Listen to the interview.

The interview, part of an hour-long focus on surveillance technology, was broadcast this week on public radio stations across the nation on the program Big Picture Science. The series, produced by the SETI Institute in Mountain View, Calif., is supported, in part, by NASA's Astrobiology Institute.

Landau, the first person to serve as a professor of cybersecurity policy at any American university, joined WPI this summer, bringing a notable record of achievement as a scholar and policy expert and an international reputation as an expert on and pioneer in the area of cybersecurity, privacy, and public policy.

"She is an outstanding scholar and highly regarded expert on cybersecurity and privacy, issues at the forefront of ongoing national dialogs on the future of the Internet, government surveillance, and national security," Karen Oates, Peterson Family Dean of Arts and Sciences at WPI, said in March 2014, when Landau's appointment was announced.

Most recently a senior staff privacy analyst at Google, she was previously senior staff engineer at Sun Microsystems and has held faculty positions at Wesleyan University and the University of Massachusetts Amherst and visiting faculty posts at Cornell, Harvard, and Yale Universities and the Mathematical Sciences Research Institute in Berkeley, Calif.

She is the author of Surveillance or Security: The Risks Posed by New Wiretapping Technologies (MIT Press), which won the 2012 Surveillance Studies Book Prize from the Surveillance Studies Network. With Whitfield Diffie, the inventor of public-key cryptography, she wrote Privacy on the Line: The Politics of Wiretapping and Encryption (MIT Press 1998; revised in 2007), which received the 1998 Donald McGannon Communication Policy Research Award and the 1999 IEEE-USA Award for Distinguished Literary Contributions Furthering Public Understanding of the Profession. She is also the primary author of the 1994 Association for Computing Machinery (ACM) report Codes, Keys, and Conflicts: Issues in US Crypto Policy.