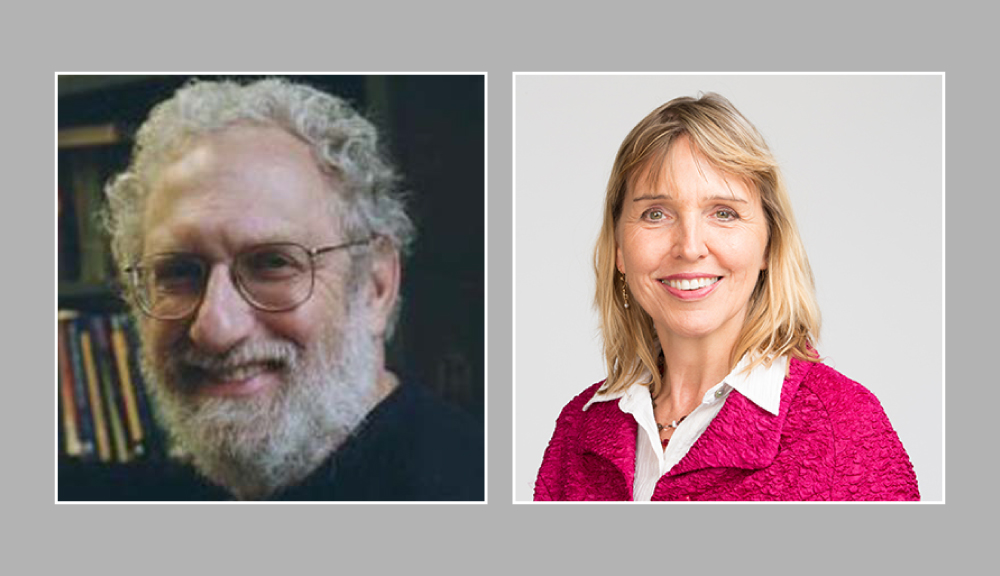 Roger S. Gottlieb and Elke Rundensteiner have been named William B. Smith Professors

Elke Rundensteiner, professor of computer science, and Roger S. Gottlieb, professor of philosophy, have been named William B. Smith Professors. Jean King, WPI’s Peterson Family Dean of Arts & Sciences, made the announcement today during the Arts & Sciences Advisory Board Meeting.

The William B. Smith Professorships were established by the estate of William Binns Smith, a local entrepreneur and 20th century industrialist who passed away in 1952. Smith left nearly $29 million to five Worcester-area organizations, including WPI, which received $7 million from the estate in 2015 when his last surviving daughter passed away.

King had the highest praise for the two faculty members recognized with the professorships.

“Roger Gottlieb is one of the most prolific writers who combines religion, spirituality, environment, ethics, and social justice—and long before we had a global understanding of the intersection among these topics,” she said. King described Gottlieb as a “master academic conductor—acting as a connector—bringing light to dark spaces and meaning to complex interactions.”

“Elke Rundensteiner is the ultimate scientist, who uses big data to address the toughest societal problems and complexities,” King said. “She is the most highly cited scientist in the School of Arts & Sciences—and perhaps the university—and we are so lucky to have her as a world leader in data science.”

Gottlieb, who earned both his undergraduate degree and his PhD at Brandeis University, is the author or editor of 21 books and more than 150 articles on environmentalism, religious life, contemporary spirituality, political philosophy, ethics, the Holocaust, feminism, and disability. He is internationally known for his work as a leading analyst and exponent of religious environmentalism, for his passionate and incisive account of spirituality in an age of environmental crisis, for his innovative and humane description of the role of religion in a democratic society, and for two works of environmental fiction.

He has given keynote addresses and endowed lectures at universities and public settings in the U.S. and Canada, and has consulted with publishers, universities and governmental granting agencies throughout the U.S. and in Finland, Germany, Canada, Switzerland, the Netherlands, South Africa, and Australia.

His two most recent books are Morality and the Environmental Crisis, called by Independent Publisher “the book most likely to save the planet” and a semifinalist for the Siskiyou Prize for New Environmental Literature; and his first novel, The Sacrifice Zone, an adapted chapter of which was a featured short story in the online literary magazine The Stardust Review. Two of his earlier books received Nautilus Book Awards: the short story collection, Engaging Voices (for fiction) and Spirituality: What It Is and Why It Matters.

His books have been endorsed by luminaries including Elie Wiesel, Bill McKibben, Howard Zinn, and Daniel Berrigan, internationally known scholars, and the directors of both the Sierra Club and the National Council of Churches. His scholarly essays have appeared in the most selective journals of philosophy, political theory, environmentalism, and religious studies, and in public settings from The Wall Street Journal and the The Boston Globe to E Magazine, Sierra Club, and The Huffington Post. More than 40 titles appeared in the four academic book series he has edited, and he has served on the editorial boards of academic journals in social and political philosophy, religious studies, and environmental theory.

Widely respected for his unique range of interests, combination of personal and political passion, clarity of writing, and originality, Gottlieb is probably the only American intellectual to be reviewed or interviewed in publications as disparate as San Francisco Chronicle, Environmental Ethics, The Boston Globe, Christianity Today, Philosophical Review, Journal of Harvard Divinity School, New Age Journal, Socialism and Democracy, Discover, Chronicle of Higher Education, Sierra Club Magazine, Shambhala Sun, and The American Prospect.

In 2011 he received the Prophetic Witness Aware from the religious environmental organization Massachusetts Interfaith Power and Light.

In nominating Gottlieb for the William B. Smith Professorship, Humanities & Arts Department Chair Kate Moncrief said his “teaching reflects his research and is enriched by it. He is an experienced and accomplished teacher who has taught a wide array of courses including Philosophy and Spirituality, Social and Political Philosophy, Philosophy of Religion, and seminars on the meaning of life, and environmental philosophy.” She also described him as having a “monumental impact on the field, which in turn enhances WPI’s national and international reputation.”

Rundensteiner joined WPI in 1996 after earning her PhD at the University of California Irvine. She received the WPI Trustees' Award for Outstanding Research and Creative Scholarship in 2007 and, in 2010, the WPI Chairman’s Prize, which recognizes WPI faculty members who excel in all relevant areas of faculty performance, including teaching, research and scholarship, and advising.

Her area of specialty in computer science is data intensive systems—with her research straddling the fields that come together in data sciences from data analytics to visual analytics to data management. She has advised and mentored a large number of undergraduate and graduate students. Her scholarly publication record with these students is phenomenal, with well over 450 publications, seven patents, and an h-index of 61, which indicates that many of her papers have at least that number of citations.

Her research has been supported by government agencies including NSF, USDA, Department of Education, NIH, DOE, FDA, and DARPA, and by industry including HP, IBM, Verizon Labs, GTE, NEC, AMADEUS, Charles River Analytics, and many others, and by labs such as MITRE Corporation and ARL Labs. She has held leadership positions in the big data field, having served as associate editor of prestigious journals including IEEE Transactions on Data and Knowledge Engineering and VLDB Journal and as area chair and senior PC on premiere professional data science conferences, including ACM SIGMOD, ACM KDD, VLDB, IEEE ICDE, among others.

Rundensteiner’s research focuses on how to make use of data and information in an effective manner toward achieving impactful goals in business, scientific discovery, and digital health. With the inter-connectivity of the internet, the availability of computing power, and big data everywhere, access to the right piece of information at the right moment, fused together from numerous information sources, is a key focus of her work. Together with undergraduates, graduate students, postdocs, and other faculty members, she has developed big data, machine learning, and data visualization technologies to discover and explore important nuggets and patterns in massive data sets in real-time in applications from digital health, fraud detection, emergency management, and business intelligence to event analytics.

She is the founding director of the interdisciplinary Data Science Program at WPI and has led the growth of that program to include MS, PhD, and BS degrees. She has long been a mentor and advisor for female students in computer science and now data science. In particular, she has been a leader in establishing a regional Women in Data Science conference held annually in the spring of the academic year.

In his nomination of Rundensteiner for the William B. Smith Professorship, Computer Science Department Chair Craig Wills noted that she has long been a role model and mentor for women in her field. He also praised her “unique talent to combine leading research in a way to involve so many diverse students and bring out the best in each of them, and to have a marked impact at WPI and in her field. She has outstanding accomplishments in research and creative scholarship and is a worthy recipient for a named professorship in Computer Science and Data Science.”

Smith, who was among the leading Worcester industrialists of the early 20th century, was dedicated to the community and was known as a civic leader and philanthropist. Born in Philadelphia, he moved to Worcester at a young age and graduated from Worcester’s South High School in 1904. He entered WPI as a member of the graduating Class of 1908 but left the school in 1907 to co-found, with his father, the James Smith & Son company, a manufacturer of textile machinery.

At the time of his death at age 62 at his home in Shrewsbury, Smith was president and treasurer of James Smith & Son, a director of the Coca-Cola Bottling Company of Worcester, and a trustee of Memorial Hospital (now UMass Memorial Medical Center). He had also served for more than 20 years as president and director of the Southwell Wool Combing Company of North Chelmsford, Mass., and was an investor in several other textile mills in the region.

In 1949, WPI awarded Smith an honorary Doctor of Engineering degree in recognition of his industrial and business leadership, citing his contributions to the development and manufacture of the Noble Comb, used in the textile industry to card wool in preparation for spinning into yarn. Smith contributed regularly to the school's annual fund and was a lifelong season ticket holder to WPI sporting events. In the 1950s, Smith’s widow, Isabel Hood Smith, funded an electronic carillon, a musical instrument composed of bells that are played by keyboard; the carillon is housed in the tower of Alden Memorial on the WPI campus and can still be heard on campus every day. 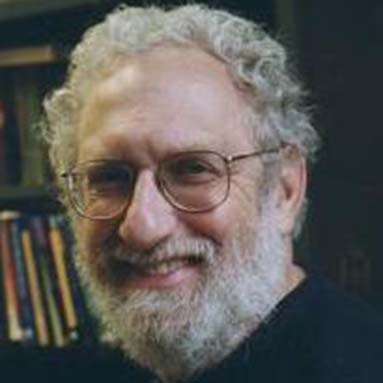 Roger S. Gottlieb is the author or editor of twenty books and more than 150 articles. He is internationally known for his work on religious environmentalism, spirituality in an age of environmental crisis, environmental ethics, and the role of religion in a democratic society. He has edited six academic book series, serves on the editorial boards of several academic journals, is contributing editor to Tikkun Magazine, and has appeared online on Patheos, Huffington, Grist, Wall Street Journal, Washington Post, Real Clear Religion, and many others. 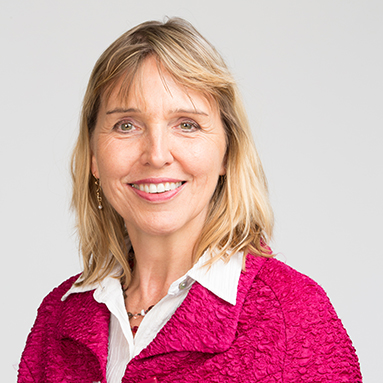 As founding Director of the interdisciplinary Data Science program here at WPI, I take great pleasure in doing all in my power to support the Data Science community in all its facets from research collaborations, new educational initiatives to our innovative Graduate Qualifying projects at the graduate level.