Travis Roy to speak of tragedy, triumph over adversity

The tragedy in Travis Roy’s life took just seconds, when he crashed into the boards moments after stepping onto the ice during his first hockey game for Boston University and suffered a spinal cord injury that left him paralyzed from the shoulders down. 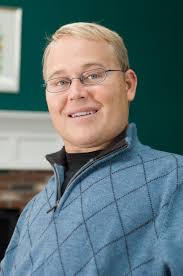 The triumph in his life has been evolving ever since that awful day in 1995, as Roy fought through rehabilitation, earned his college degree, created a foundation to help others with similar injuries and began sharing his story as a motivational speaker.

Roy will bring that story to WPI on Tuesday, March 24, when he speaks at 4 p.m. at the Rubin Campus Center Odeum. Appropriately, his talk is titled “Travis Roy: A Story of Tragedy, Courage & Triumph.”

The visit is hosted by the Foisie School of Business, which will hold an informational session on its combined BS/MS program after the event. To register for the talk, visit http://www.wpi.edu/academics/business/travis-roy.html.

Roy knew he was in trouble immediately after the accident occurred, only 11 seconds into his first shift at BU. He was conscious yet felt no pain as he was carried off the ice. “Life as I knew it was over,” he has written.

While he says he was never angry or frustrated about his situation, Roy did experience months of sadness, sadness that lifted during rehab, when he saw others whose conditions were even worse. He took comfort and gained strength from the support and resources that he had.

After rehab, he returned to BU and over the next four years earned his degree in communications. While working on his degree, he established the Travis Roy Foundation, which has raised more than $6 million and provides wheelchairs to people with spinal cord injuries and funds research aimed at reversing the damage of spinal cord injuries. Advancing technology, that is decreasing in price, makes a big difference in the lives of the disabled, according to Roy, who mentions a voice-activated computer as an example.

He says epidural electrical stimulation may help quadriplegics gain bladder, bowel and sexual function, while other research may restore the use of hands and arms.

“Give me my hands and I could drive again,” Roy wrote. “That really changes my level of independence.”

Indeed, he quotes a fellow quadriplegic who says, “I can’t wait to do the things I used to do, even shoveling snow.”