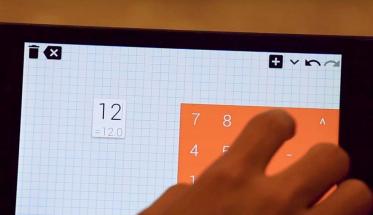 “Smartphone calculators are either really clunky and hard to use, or they are only useful enough to calculate something basic, like a tip,” says Arun Jeevanantham, a senior at Mass Academy of Math & Science at WPI. “They are very cluttered and any complex calculation is difficult.”

So, Jeevanantham and fellow senior Da-Jin Chu entered the national Congressional App Challenge—along with 2,152 other entrants from across the country. The two were among the contest winners with their invention, Sandbox, a gesture-based calculator app. 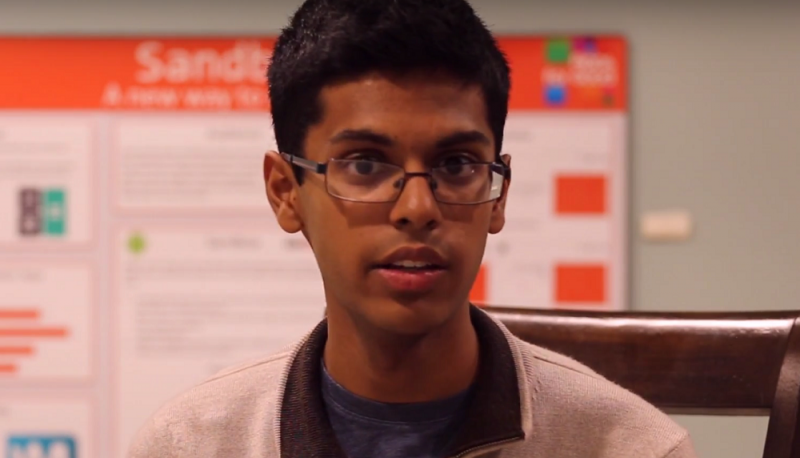 The 2016 competition, aimed at teaching high schoolers how to use code by creating their own applications, was the first time Mass Academy participated.

“’Here’s an opportunity for students to get recognized for their hard work and achievements,’” computer science teacher Angela Taricco remembers thinking when she heard of the event. She sent the email about the competition to all her senior students, knowing that many, like Jeevanantham and Chu, already had a foundation for a submission.

“We are proud of the work and the creativity of our students,“ said Mass Academy director Michael Barney, in a press release, “and feel it is important that our school supports a great computer science program here. Kudos to our CS teacher, Angela Taricco, who prepares our students well. Da-Jin and Arun are great students, highly motivated, and very skilled. I’m sure they will enjoy the experience of meeting others who have been involved in these types of projects.”

The work for the Congressional App Challenge, which showcases innovation and creativity, loosely mirrors a Mass Academy project some classes have done in their junior year called Apps for Good, Taricco says. In Jeevanantham and Chu's case, the two had continued working on their calculator app over the following summer.

“The goal of the Apps for Good program is to have students find a problem within their community and develop technology to help solve it,” she says. "Working collaboratively, they experienced a new-product development cycle, including technical feasibility and market research." 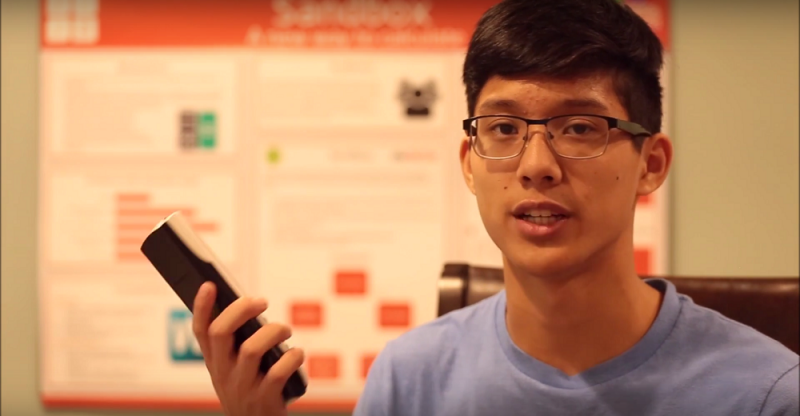 Jeevanantham says high school math students, college students, engineers, or anyone who uses a graphing calculator are the intended market users for their app. But it would also be useful to someone who just needs to perform simple calculations, he points out.

The students also developed a website for their new product. “They were passionate about it and wanted to share it with the community,” says Taricco.  “It was a pretty innovative approach, and quite technically challenging. For high school students to tackle that kind of problem? I mean, companies do this.”

But in order to level up to the national contest, more work was needed, including a video presentation. Chu and Jeevanantham were up for the challenge.

“Competing … helped us make a better app; answering their questions and shooting our video refined our app and the way we pitch it to people,” says Chu.

Even after the win, they’re not done yet, says Jeevanantham. “We hope to implement more advanced features like a computer algebra system," he explains. "We want users to be able to insert graphics like graphs and images. … We also plan on allowing users to save pages and open them up later. These features will make the app a lot more useful for more advanced applications.”

"Competing helped us make a better app; answering their questions and shooting our video refined our app and the way we pitch it to people." -Da-Jin Chu

The Congressional App Challenge will invite winners from across the country to showcase their apps to members of Congress and members of the tech community at #HouseOfCode, a Washington, D.C.-based reception to be held in April. Their work will be featured for one year on permanent display in the U.S. Capitol Building, and on the house.gov website. Winning students will be awarded a portion of $50,000 in credits, donated by Amazon Web Services.