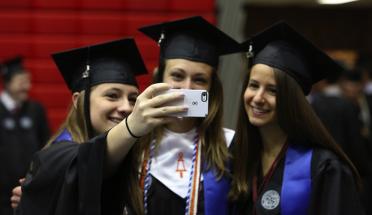 WPI students are a successful group, and that success bodes especially well after they graduate. Recently released reports show WPI alumni have federal student loan default rates that are significantly lower than both state and national levels.

According to Monica Blondin, executive director of the Office of Student Aid & Financial Literacy, WPI alums have a three-year Cohort Default Rate (CDR) on their federal student loans that comes in at just 1.9 percent for students entering repayment in 2013,  even lower than the 2.2 percent for students entering repayment in 2012 in last year's report.

What do those numbers mean? For starters, it means WPI alums are paying off their student loans, and defaulting at a rate that is significantly lower than the 2013 three-year CDR national average of 11.3 percent. Even the respectable four-year Massachusetts private institution CDR of rate of 6.1 percent is higher than WPI's.

According to a recent report released by the White House, Investing in Higher Education: Benefits, Challenges, and the State of Student Debt, outstanding student debt has grown to $1.3 trillion as of 2015. And while a bachelor's degree alone can bring a return on investment that can equal a $1 million in lifetime income earnings over someone with a high school diploma, getting a college education isn't always affordable. So while the return is high, the amount of debt sometimes taken on is perilous.

But, as Blondin says, WPI graduates routinely score high in the areas that predict better loan repayment histories. They tend to graduate once they start and they graduate in less time (four years over six, for instance). With a shorter time in school, they acquire less debt. WPI grads also land jobs upon or shortly after graduation, and they earn above-average salaries when they leave. WPI also turns out graduates in the STEM fields where demand and salaries are both high.

All of those factors combine to bring good news for WPI students and alums. “There's good debt and there’s bad debt,” says Blondin. “Taking on student loan debt to earn a college education is a great return on investment and it’s something that can never be taken away from you.” In 2016, undergraduates were leaving WPI with an average federal student loan debt of $26,500, easily an amount that students might spend on a new car. But, says Blondin, if you consider the return of investment of each, one is much longer lasting and bears greater positive impact over a lifetime. “You'll never lose your college education,” she says.

And WPI is also tackling the issue of financial literacy before students ever graduate. “In 2010 and 2011, college costs were skyrocketing and getting a lot of media attention,” says Blondin. Some students were graduating with some pretty significant debt, but didn't understand the ramifications or how to budget to make sure they could pay off the loans each month.

“Ultimately, we want our students to graduate from WPI and become successful in whatever career they choose,” says Blondin. “Part of this success will involve being able to make wise financial decisions over the course of one’s lifetime. To ensure our students get started on the right path, we offer sessions to them during their time at WPI that will provide them with basic money management skills which they can continue to grow over the course of their lifetime.”

With few high schools requiring or even offering personal finance courses, Blondin says many students arrive at college without the basic skills needed to even establish a budget. “The assumption is that students will pick it up along the way,” says Blondin, “but they don't always do that.”

WPI began offering financial literacy sessions to help students learn the basics of money management and how to apply the skills to their own lives. That means they learn how to set a budget, manage multiple financial responsibilities, and learn the importance of knowing how student loans work. They are taught how living off campus might incur fees like rent, utility bills, and food expenses. They learn how the initial amount of a student loan compounds significantly over the years, so borrowers end up paying more due to interest.

The Office of Student Aid & Financial Literacy also works with several other offices on campus, like the Career Development Center, to prepare students for post-graduate life. While WPI has an impressive record for higher starting salaries, Blondin says the university, like many parents, wants them to know what to do with their earnings. “We want them to be financially successful and make wise financial choices,” says Blondin.

The recently released cohort default rates are for federal loans only, but Blondin says there's a high likelihood that alums are keeping up the same low default rates with any private loans as well.