WPI Announces the Appointment of Anna Gold as University Librarian 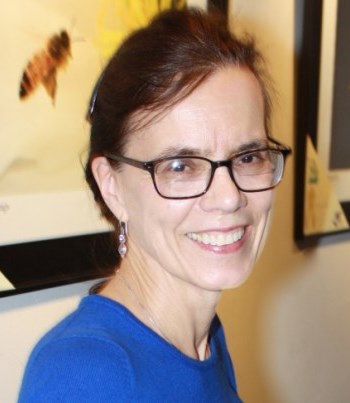 WPI today announced the appointment of Anna Gold as its new university librarian. Until recently dean of library services at Cal Poly San Luis Obispo, she has previously held senior library leadership positions at a number of nationally known universities and institutions, including MIT, the University of California, San Diego, and the National Science Foundation. She will join the university in March.

“We are delighted that Anna Gold will be joining us as our new university librarian,” said Bruce Bursten, WPI Provost. “All of us who interacted with Anna during her visit were her impressed with her knowledge and vision. She is the right person to lead the Gordon Library to the next level of excellence, and we look forward to welcoming her and her family to the WPI community.”

Gold has spent more than 30 years spent working in and leading libraries around the country. After earning a BA in literature at the University of California, Santa Cruz, and an MLS (master of library science) from Catholic University of America, she spent two years at Georgetown University, where she became acting head of the Government Document Section, and then joined the Library of Congress, where she rose to become selection officer in the Collections Policy Office. In 1994, she went to work for the National Science Foundation, where her accomplishments included reestablishing the NSF’s library services and leading the agency’s website.

In 1999, after earning an MS in science and technology studies at Virginia Tech, she became head of the Science and Engineering Library at the University of California, San Diego. While there she led a number of digital initiatives, including expanding the library’s electronic course reserve program and establishing a bioinformatics lab in collaboration with a new Bioinformatics Department. She joined MIT in 2003 as head of the Engineering and Sciences Libraries; among other accomplishments, she doubled instruction activity through online and workshop-based instruction.

Gold joined Cal Poly San Luis Obispo in 2008, serving as associate dean for public services, university librarian, and, beginning in 2014, dean of library services. As dean, she created a new strategic plan for the university’s Kennedy Library; developed a master plan for the library building and led the realization of several master plan goals; and established an integrated program of digital initiatives, including new open digital platforms and digital archiving. She also led the effort that brought the Association of College and Research Libraries Excellence in Academic Libraries Award to Kennedy Library in 2014.

Her work has been recognized with a number of honors, including acceptance to the inaugural class of the Cal Poly Leadership Forum, the NSF’s Director’s Award for Program Management Excellence, and the Library of Congress’ Special Achievement Award and Outstanding Performance Award. She is a member of the Association for Information Science and Technology, American Library Association (ALA), the Association of College and Research Libraries, and the ALA’s Science and Technology Section, among other organizations.