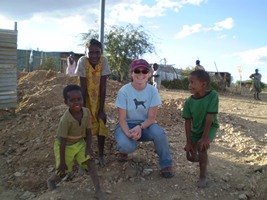 The most recent ranking comes from a new source and measures a factor that WPI is especially proud of: our students are ranked among the smartest. Across other prestigious ranking sources, including U.S. News & World Report, WPI consistently ranks high. A sampling is provided here.

WPI is among America's 20 smartest colleges, according to a ranking from Lumosity, the online brain training and neuroscience research company. Results released in November 2012 are based on the cognitive performance of our students in five areas: speed, attention, flexibility, memory, and problem solving. The study examined game play data from more than 60,000 college and university students at 411institutions; WPI ranked 19th. Across the study, the researchers looked for and identified strong correlation with other metrics, including standardized test scores and relationship to other influential college rankings.

Among the Top 100 "Best National Universities"

WPI continues to be ranked among the Top 100 "Best National Universities." Among the highlights of the 2013 review, WPI was named to the "Great Schools at Great Prices" list, and was also recognized for having exceptional "Senior Capstone" and "Internships" programs. U.S. News and World Report also noted that our acceptance rate is down two points, showcasing our increasing selectivity for the entering class. The publication also noted that WPI is attracting more Freshmen who rank in the top 10% of their High School class - up from last year’s 63% to 65% this year.

THE FISKE GUIDE TO COLLEGES

A global emphasis unusual for an engineering school

The 2013 edition of The Fiske Guide to Colleges names WPI one of the nation's best and most interesting colleges; it was included in two specific categories in the new guide: "Small Colleges and Universities Strong in Business" and "Engineering Top Technical Institutes." Praising the WPI Plan, the university's revolutionary approach to undergraduate education, which combines theoretical study with real world problem solving around the world, the guide says the Plan "is hands-on and project-based and takes a humanistic view of engineering." Additionally, the guide notes that WPI "emphasizes teamwork instead of competition" and offers a "global emphasis unusual for an engineering school." Read the study here.

Anything but a stodgy technical institute

The 2012 edition of The Fiske Guide to Colleges summed up WPI this way: "Small, innovative, and undergraduate-oriented, Worcester Polytechnic Institute is anything but a stodgy technical institute." Read more here.

The 2011 edition of The Fiske Guide to Colleges named WPI one of 10 colleges and universities that "should be on the radar screens of all students looking at undergraduate engineering programs," noting the university's renowned "emphasis on projects and team building." Read more here.

The 2013 edition of "The Best 377 Colleges" from The Princeton Review names WPI as one of the country's best institutions for undergraduate education. Only about 15 percent of America's 2,500 four-year colleges, along with three colleges outside the United States, are profiled in the book, which is The Princeton Review's flagship college guide.

WPI students lauded the school's project-based curriculum and said the university's quarterly academic calendar "allows students to take a more diverse array of classes." Additionally, students pointed out that WPI has "a very nice mix of students," which "stands us apart from other engineering schools." Read more here.

"We consider WPI'S School of Business one of the best institutions a student could attend to earn an MBA," said Robert Franek, Princeton Review Senior VP-Publisher. Read more here.

Strong for career services; a culture of cooperation over competition

The 2012 edition of "The Best 376 Colleges" from The Princeton Review names WPI as a top university; ranks WPI 17th in nation for career services WPI students described WPI's project-based curriculum as "a good and realistic experience that is helpful for future career plans." Students noted that WPI's approach "promotes a culture of cooperation over competition" and “emphasizes the understanding of technical concepts, the practical implementation of these concepts, and also an appreciation for how technological advanced can benefit mankind." Students remarked that "the social life is unbeatable" and that WPI offers "incredible technological resources." Read more here.

Among the "greenest colleges"

Also in 2012, in collaboration with the Center for Green Schools at the U.S. Green Building Council (USGBC), named WPI as one of the nation's most environmentally responsible "green colleges." Read more here.

The Princeton Review noted that last year WPI placed 12th out of more than 1,000 colleges and universities in the Great Power Race—a clean energy competition among students in China, India, and the United States. Notably, Bartlett Center, WPI's admissions building, was the first LEED-certified building in Worcester, while East Hall, a student residence, provided the city with its first green roof and was awarded LEED Gold in 2009. Read more here.

The "2012-2013 PayScale College Salary Report" ranks WPI graduates in the top 1 percent for starting salaries among the nation's college graduates, This marks the fifth straight year that PayScale has ranked WPI highly for the employment and salary opportunities of its alumni. Additionally, WPI is fourth in the nation for highest starting median salary among research universities. Read more here.

A Top U.S. college for return on investment

A Bloomberg BusinessWeek and Payscale Inc. report released in April 2012 has WPI once again rated as one of the top 20 colleges in the nation that offer the highest return on investment (ROI). According to their data, WPI graduates can expect a net ROI of $842,900 over a 30-year period. This is the third year of this study, which looked at nearly 700 colleges and universities nationwide, and the third time WPI has ranked among the top 20. Read more here.

WPI Graduates Among the Highest Paid in the Nation (August 2011)

The "2011-2012 PayScale College Salary Report" ranks WPI graduates 7th in the nation for highest starting median salary. The report ranks degrees and universities by post-graduation salary potential, providing a critical perspective on the relationship between college selection and both starting and mid-career salaries. Median starting salaries among WPI graduates with up to five years of work experience averaged $61,200. Read more here.

A ‘College Worth Your Investment’

A 2010 study of more than 500 colleges and universities ranked WPI as one of the top 20 schools in the nation that offer the highest return on investment. The study, dubbed "Colleges Worth Your Investment," was conducted for Bloomberg BusinessWeek and was reported on by BusinessWeek.com and The Wall Street Journal's WSJ Blogs. Read more here.

BestCollegesOnline.com placed Worcester Polytechnic Institute (WPI) 9th in the nation among schools that do the best job of helping women succeed in science, technology, engineering, and mathematics. "The 10 Best Colleges for Females in STEM Fields" cites WPI's advocacy and development programs for female students, as well as programs to get girls interested in STEM fields from an early age. Read the full article here.

WPI Rates as a top 10 'College for 21st Century Einsteins'

The Unigo ranking uses only student surveys and interviews for their analysis. In this ranking, WPI is described as "a small private university that attracts some of the brightest young science and engineering students in the nation."

When completing their Unigo surveys, WPI students cited the university’s curriculum, their close working relationships with faculty, and WPI’s rigorous seven-week terms as distinguishing traits. WPI students also praised the university's excellent reputation within various industries. One of them said, "The people who matter—the ones who hire college grads—they DO know about WPI, and they hold it in very high esteem." Read more here.