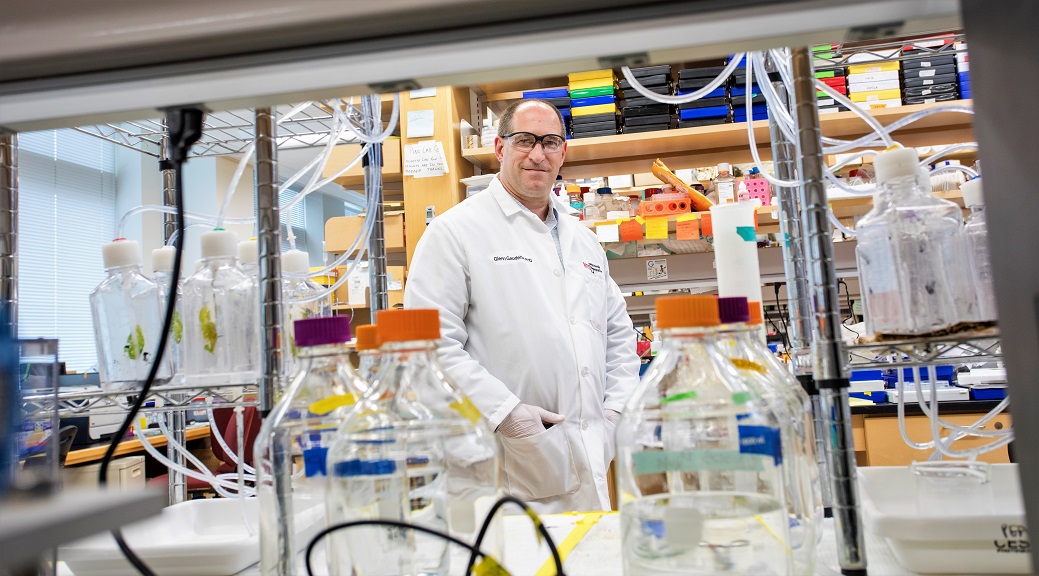 Glenn Gaudette, William Smith Dean’s Professor of Biomedical Engineering at Worcester Polytechnic Institute (WPI), has been named a fellow of the National Academy of Inventors (NAI), the organization announced today. Gaudette is the founding director of the WPI Myocardial Regeneration Lab, where he has pioneered the use of plants as scaffolding for heart regeneration.

The NAI Fellows Program highlights academic inventors who have demonstrated a spirit of innovation in creating or facilitating outstanding inventions that have made a tangible impact on quality of life, economic development and the welfare of society. Election to NAI Fellow is the highest professional distinction accorded solely to academic inventors.

“I am honored and humbled to be selected as a Fellow of the NAI. This prestigious recognition is a reflection of amazing collaborators, fantastic students, risk-taking funding organizations and a supportive family that I have been fortunate to benefit from,” said Gaudette. “Today, significant engineering and science advancements require a focus on creating value for society, work that flourishes in an open and collaborative environment like the one I enjoy at WPI.”

As director of the Myocardial Regeneration Lab, Gaudette focuses broadly on cardiovascular regeneration techniques, but more specifically on developing better ways to deliver cells to damaged myocardium as well as better techniques to analyze cardiac mechanics. He has authored over 75 publications, including a co-edited book on cardiovascular regeneration, has four issued patents, and founded a company based on the technology developed in his laboratory. His research, which is supported by the National Institutes of Health and the National Science Foundation, aims to develop a treatment for the millions of Americans suffering from myocardial infarction and other cardiovascular diseases.

As a member of the NAI 2019 Fellows, Gaudette joins 168 educators and researchers representing 136 universities and governmental and nonprofit research institutes worldwide. Collectively, they hold over 3,500 issued U.S. patents. Among the 2019 Fellows are six recipients of the U.S. National Medal of Technology & Innovation or U.S. National Medal of Science and four Nobel Laureates, as well as recipients of other honors and distinctions. Their collective body of research covers a range of scientific disciplines including neurobehavioral sciences, horticulture, photonics and nanomedicine.

To date, NAI Fellows hold more than 41,500 issued U.S. patents, which have generated over 11,000 licensed technologies and companies, and created more than 36 million jobs. In addition, over $1.6 trillion in revenue has been generated based on NAI Fellow discoveries.

On April 10, 2020, the 2019 NAI Fellows will be inducted at the Heard Museum in Phoenix, Arizona as part of the Ninth Annual NAI Meeting. Laura A. Peter, Deputy Under Secretary of Commerce for Intellectual Property and Deputy Director of the United States Patent and Trademark Office (USPTO), will provide the keynote address for the induction ceremony. At the ceremony, Fellows will be formally inducted by Peter and NAI President Paul R. Sanberg in recognition of their outstanding achievements.

In addition to being named an NAI Fellow, Gaudette is a Fellow of the American Institute for Medical and Biological Engineering. His team’s research using spinach leaves as scaffolds for growing human heart cells has been featured by media outlets throughout the world, including the BBC, the Washington Post, and Time.com. The work was named one of the top medical breakthroughs of the year by Boston Magazine and was the seventh most popular story of 2017 in National Geographic. He has also worked on a novel technology using fibrin sutures to deliver stem cells to targeted areas of the body to repair diseased or damaged tissue, including cardiac muscle damaged by a heart attack. Outside the lab, Gaudette teaches biomedical engineering design and innovation, biomechanics and physiology. He promotes the development of the entrepreneurial mindset in his students through support provided by the​ Kern Family Foundation and serves as the director of the Value Creation Initiative at WPI. In 2015, he was named Faculty Member of the Year by the Kern Entrepreneurial Engineering Network (KEEN).

The National Academy of Inventors is a member organization comprising U.S. and international universities, and governmental and non-profit research institutes, with over 4,000 individual inventor members and Fellows spanning more than 250 institutions worldwide. It was founded in 2010 to recognize and encourage inventors with patents issued from the United States Patent and Trademark Office (USPTO), enhance the visibility of academic technology and innovation, encourage the disclosure of intellectual property, educate and mentor innovative students, and translate the inventions of its members to benefit society. The NAI has a close collaborative relationship with the USPTO and is one of three honorific organizations, along with the National Medals and National Inventors Hall of Fame, working closely with the USPTO on many discovery and innovation support initiatives. The NAI publishes the multidisciplinary journal, Technology and Innovation. www.academyofinventors.org