This year WPI is pleased to present the Romeo Moruzzi Young Faculty Award to Professor Craig Shue of the Computer Science Department, for his efforts to innovate cyber security education at WPI. 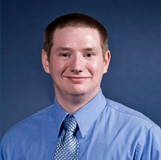 Professor Shue has developed WPI’s first network security course at the undergraduate level, with a design inspired by the excitement he observed among students at cyber security competitions. In his course, students complete a series of “missions” on behalf of a fictional employer, Snoopy’s ISP. As students pursue these missions, they use an educational technology module called ScoreKeeper, which Professor Shue created from scratch to enable his students to experiment with their security tools, test them on simulated user traffic, and get immediate feedback on whether their approach works. Students praise the game-like elements of the ScoreKeeper system that allow them to rapidly apply the concepts in a real-world environment and learn from their failures. A student recalls, “Through the use of ‘achievements’ theScoreKeeper system would hilariously inform us of an incorrect solution by granting achievements such as Packets Go Boom or Breaker of Worlds.”ScoreKeeper is part of InstructAssist, a sophisticated set of interacting programs built by Professor Shue, aimed at improving the quality of interaction in lectures and managing project teams.

His network security class is a success widely praised by computer science students. One student observed that “We became something of a community– working individually but sharing our frustrations and cheering those who found new achievements.” Another student wrote that “the automated testing from ScoreKeeper is probably the best idea I have seen in a CS course.”

With an ambitious scope and international novelty,ScoreKeeper system has been an impactful tool for network security education at the undergraduate level. For his innovations and hard work in effective integration of teaching technologies in computer science education, Professor Craig Shue receives the 2014 Romeo L. Moruzzi Young Faculty Award for Innovation in Undergraduate Education.