WPI promotes scholarship, discussion, and appreciation of critical topics in Chinese history and current issues through key events and initiatives on campus. As our collaborations with China continue to grow, we will add to our offering of interesting and relevant events that raise awareness and promote an international outlook within the WPI community. 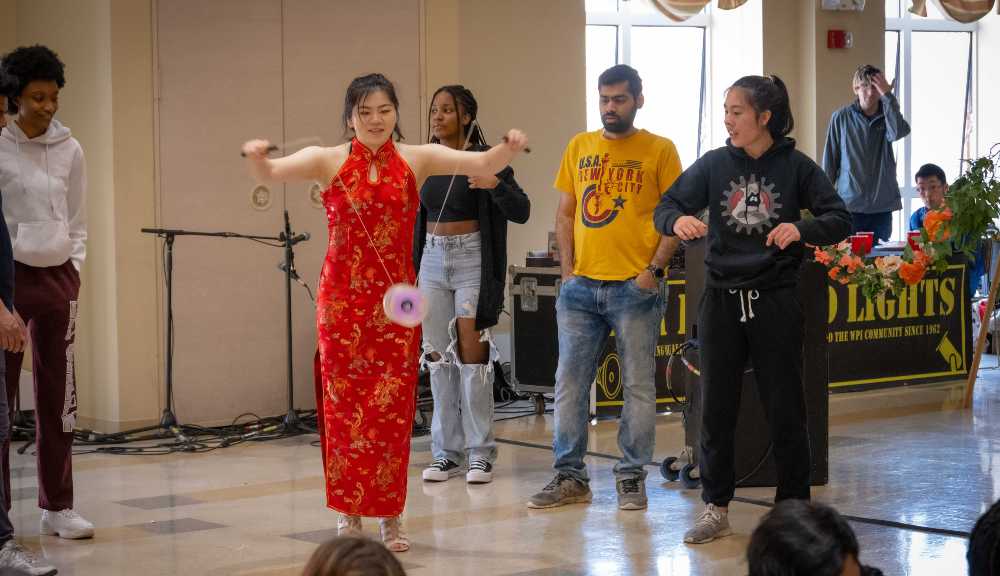 With a significant Chinese student population and diverse academic and cultural programs, WPI has a well-established and growing commitment to Chinese culture and collaboration at home. Chinese students are making their mark on WPI by sharing their culture with the broader community through student organizations and events, including the Chinese Student Association and the Chinese Student and Scholar Association.

We have a long history bringing together scholars and community members to share, learn, and broaden perspectives on Chinese studies. Some of our previous events include:

We also run an ongoing grant-funded China Seminar Series that highlights the essential role China plays in critical global issues. Previous seminar speakers have included an architect from Yale who spoke about building in China and a water expert who gave a talk about the effects of water in security in China on climate change. This spring, a field trip will focus on the Chinese diaspora in Boston’s Chinatown.

Supported through the Department of Education BIE and UISFL Grants:

Our China film series, running from February through April 2014, brought some of the best of Chinese cinema to WPI campus. The free screenings included movies ranging from international espionage to romance and introduced the WPI community to several of China’s most popular and critically acclaimed directors.