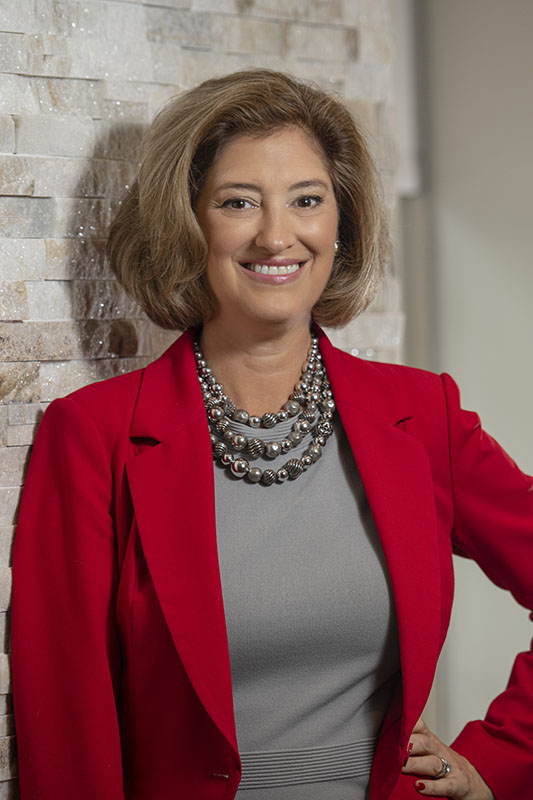 Laurie Leshin is the 16th president, and first woman, to lead Worcester Polytechnic Institute, one of Americas first technological universities. Since joining WPI in June 2014, she has embraced the university’s distinctive approach to STEM education, while challenging the campus community to elevate WPI’s impact in communities across the globe.

Under President Leshin's leadership, WPI has been recognized by the Wall Street Journal/Times Higher Education College Rankings as the university that best balances excellence in teaching with groundbreaking research. Through the university’s strategic plan, Elevate Impact, and enabled by successful fundraising efforts, WPI has invested in both its distinctive education and its research missions. Scholarships are now guaranteed for every undergraduate student to participate in the university’s pioneering Global Projects Program, which enables nearly 1,000 students annually to engage in real-world project work at more than 50 locations worldwide.

President Leshin’s vision led to the development of new academic and collaboration spaces on campus, notably the new Foisie Innovation Studio, with 40,000 square feet of flexible, creative space housing active learning classrooms, makerspaces, and labs not owned by any single academic department. In Boston, the university opened WPI Seaport, where students and faculty connect with key partners and collaborators in industry to bring WPI innovations to market. Presidential fellowships are among the investments Leshin made in WPI’s dramatically expanding doctoral programs. In the past three years, funding for the WPI research enterprise has grown by about 50 percent.

In 2016 WPI was awarded the National Academy of Engineering’s Bernard M. Gordon Prize for Innovation in Engineering and Technology Education. This award and the strategic plan were catalysts for launching WPI’s Center for Project-Based Learning. The Center aims to support other universities as they seek to embrace the high-impact educational practice of project-based learning that has been embedded in the WPI curriculum for decades. More than 110 institutions from across the spectrum of higher education, and which collectively serve about one million students, have taken advantage of Center offerings.

President Leshin has made diversity, equity, and inclusion a top priority, and WPI is now among STEM institutions with the highest percentage of female undergraduate students. She is also a champion of outreach to K-12 students, particularly girls and underrepresented students, aiming to foster a love of STEM that may lead to careers in science and engineering fields. She serves on the Federal STEM Advisory Panel, charged with advising federal agencies on their implementation of STEM education initiatives.

An accomplished space scientist, President Leshin came to WPI after more than 20 years of experience as a leader in academia and government service. She served as dean of the School of Science at Rensselaer Polytechnic Institute, as deputy director of NASA’s Exploration Systems Mission Directorate, and as deputy director for Science & Technology and director of Science and Exploration at NASA’s Goddard Space Flight Center. Before joining NASA, she was the Dee and John Whiteman Dean’s Distinguished Professor of Geological Sciences and director of the Center for Meteorite Studies at Arizona State University. She earned her PhD in geochemistry at Caltech.

President Leshin is a recipient of NASA’s Outstanding Leadership Medal, NASA’s Distinguished Public Service Medal, and the Meteoritical Society’s Nier Prize. She has been awarded an honorary doctor of science degree from the University of Worcester (UK). The International Astronomical Union recognized her by naming an asteroid 4922 Leshin.

Outside of work, President Leshin enjoys weaving and other fiber arts; she also enjoys hiking, especially on visits to her childhood home state of Arizona. Her husband, Jon Morse, is an astrophysicist and space entrepreneur.