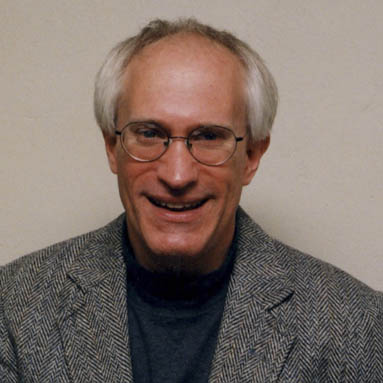 This is a great place to do biology! WPI lies within a driving commute of 260 different biotech companies, and is located within one of the world's two main meccas for biotechnology.

My lab's main interest is the use of neurotrophic factors (NTFs) as potential treatments for stroke and Alzheimer's disease. NTFs are proteins produced during development when the nervous system is initially forming, that act to help nerve cells survive and divide. Once the nervous system is formed, their synthesis typically diminishes. Our approach is to use genetic engineering and chemical synthesis to manufacture NTFs for use in regenerating the brain following neuro-degeneration. Unfortunately, full-length NTFs do not efficiently cross the blood-brain barrier (BBB) when injected IV, or IP, or when delivered orally, so our approach is to use short peptides that mimic the action of full-length NTFs. These short NTF mimetics more efficiently cross the BBB to enter the brain to facilitate neuronal survival, without having to be delivered by intra-cranial injection.

Alzheimer's disease (AD) is a neurodegenerative disorder caused by the improper processing of amyloid precursor protein (APP) on the surface of neurons and glial cells. Improper APP processing produces a short peptide, termed amyloid-beta (A-beta), which is strongly neurotoxic. Although drugs have been developed to decrease the formation of new A-beta and to remove existing forms of it, those drugs failed clinical trials, perhaps because they were added far too late in the patient's life to benefit them. A more complete treatment for AD must also include new drugs to regrow neurons. Our laboratory is interested in designing NTFs that are able to block this A-beta-induced cell death. We are interested in characterizing the cellular events that allow A-beta to induce neuronal death, and we have identified several key required steps, including extrinsic and intrinsic cell death pathways. We have also identified several NTF mimetics that can increase neuronal survival.

To assist us with this project, we helped develop the world's first transgenic Alzheimer's mouse model, containing a form of early-onset human APP gene found in families that get symptoms in their 40s instead of their 70s (Indiana mutation). This model can help identify drugs that can reverse A-beta-induced cell death. Our mouse model was also used successfully by Elan Pharmaceuticals Inc. to develop a vaccine that clears out existing A-beta, with the mice showing behavioral improvements. Preliminary data obtained in our lab show that administering NTF drugs to AD mice, improve their behavior on Morris swimming tests that require the mice to remember the position of a platform.