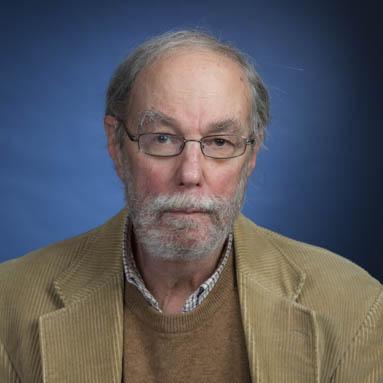 Lance Schachterle enjoys the excitement of the classroom--meeting new students each term, sharing ideas about works of literature that matter, and learning to communicate more effectively. He teaches courses at the 1000 and 2000 levels, mostly in modern literature, but also really likes interdisciplinary courses that involve science. WPI students work harder than most, and students pursuing their minor in literature often really get intellectually and emotionally involved in what they are studying.

Professor Schachterle has published on the postmodern novelist--also a great student of science--Thomas Pynchon. But his main scholarly interest at present is in James Fenimore Cooper, America's first major professional novelist. This work involves both critical studies and editing, for which the proximity of the American Antiquarian Society is a big help.

JFC on the Languages of the Americans: A Note on the Author's Footnotes
2011
"Cooper and His Collaborators: Recovering Cooper's Final Intentions for his Fiction," SB, 56 (2003-04), 317-37.
Editions approved by the Center for Scholarly Editions of the MLA of Cooper's Pioneers, Spy, Deerslayer, and Bravo.
Bibliographical studies of Cooper's works in print and American fiction to 1820.