Social and Cultural Influences on Building Evacuation During Fire

Research into human behavior and evacuation in fires has been ongoing since the 1950s. Research has investigated such factors as recognition of fire cues, individual and group behaviors and responses, physiological responses to fire effects, and the roles of body size and group density on flow through openings and speed of travel.  In recent years, numerous computational models have been developed to help engineers address these factors in the design of buildings and infrastructure systems. In many cases, however, the underpinning studies were limited to the researchers’ country of origin, and relatively little attention was given to social and cultural factors which could affect the use of data collected within one culture regarding its applicability to another culture.  To begin exploring these issues, research is underway to assess social and cultural differences between Western cultures and Saudi Arabia to determine if factors such as personal space, clothing, gender segregation, and fire safety education affect recognition, response and movement during fires. 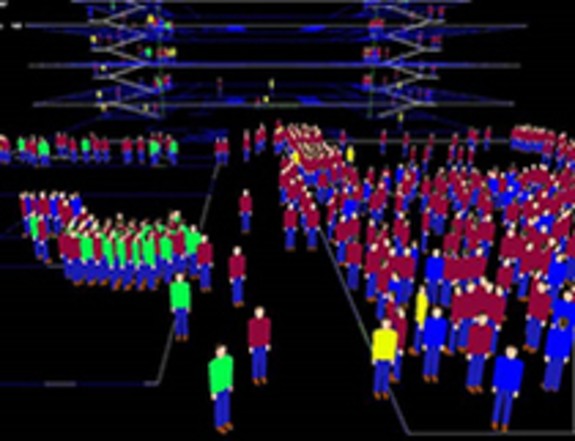