The Mathematics of Material Failure 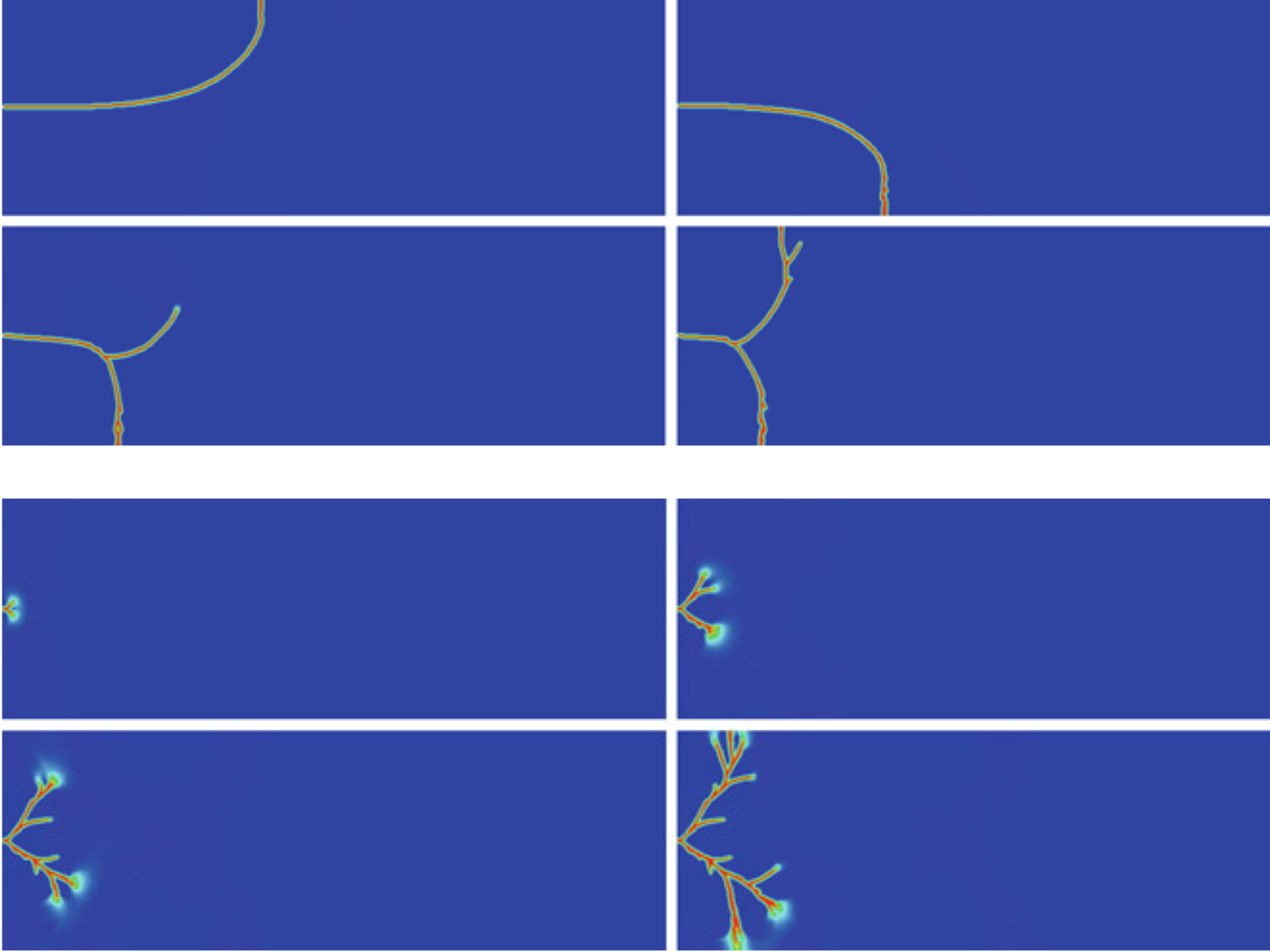 Christopher J. Larsen studies applied analysis and materials science. Currently, he is captivated by research in the field of fracture mechanics, particularly with predicting crack sets in physical materials. “These surfaces,” says Larsen, “should solve some sort of mathematical problem.” Figuring out what that problem is, showing that there exist solutions, and understanding those solutions, have been at the center of Larsen’s recent research.

His general research interests include partial differential equations, geometric measure theory, and the calculus of variations. Geometric measure theory suits his temperament because he thinks geometrically, but it also fascinates him because it allows one to view, in a powerful way, surfaces as measures, which in some ways makes them much easier to study. Using geometric measure theory to analyze surfaces can be tricky, says Larsen, because the benefits gained by using it also introduce losses. For example, he says, “What started as a sequence of surfaces might not converge to a surface. So you get something by considering them to be measures, but you lose something. The fact that you’re dealing with a surface can be lost.”

From a mathematical point of view, the field of fracture mechanics began to take its current shape in the 1990s. Before then, “it wasn’t at all clear what the right problems were.” A model based on globally minimizing energy was proposed in the late 1990s, and Larsen was recruited to work on a specific question that had been a sticking point in attempts at proving that the model was reasonable -- that there exist solutions. After tackling this, Larsen became hooked on improving the underlying problems, or models, in a way that still allowed existence to be shown. This involves replacing global minimization with local minimization, and then replacing minimization with dynamics.

After some success at local minimization in the context of fracture, which required the introduction of a new type of stability (“epsilon stability”), his study of local minimization branched into locally minimizing evolutions for elastic damage and crystal dislocations. He has also introduced models for dynamic fracture, including a phase-field model (that is, a model that treats the crack set as a narrow region) that is very well suited for numerical simulations. This was done jointly with a collaborator whose expertise is performing these simulations, as well as with Larsen’s Ph.D. student (who after graduating left for a position at UCLA).

Larsen’s interest in the calculus of variations and geometric measure theory reflect strengths of Carnegie Mellon’s graduate program in mathematics; Larsen earned his PhD from Carnegie Mellon in 1996. He earned his B.S. in physics from Carnegie Mellon in 1989, but was seduced at the end of his senior year into taking some “real math” courses--algebra and analysis. He fell in love with the analysis class, but before he completely jumped ship from physics to mathematics he earned a law degree from the University of Maryland, having been inspired by issues surrounding the Supreme Court nominations of the late 1980s.

When asked if he’s a pure or applied mathematician, Larsen smiles wryly. He is wary of giving a definitive answer because, as he sees it, the terms are relative. They mean different things to different people, he cautions. And their meanings also vary from country to country. “Applicable math,” says Larsen, best describes his research. “I do a range of things. I prove theorems . . . I also formulate models, and I also do some computing.”

Computing, notes Larsen, is one area of applied mathematics that can be particularly intuitive. “Suppose,” he says, “that you’ve got a clear math problem and you want to get an idea of what solutions actually look like. Because typically in analysis you can’t say what solutions are. You can say what properties they have, but you want more than that. You want to get a good idea of what these things look like. So sometimes you can design an algorithm that produces something that you can prove is close to a solution. And so you can implement this algorithm, the computer produces a picture, and you can look at the picture and you can see something that you know is close to the actual solution. This opens up the possibility of computing by itself, coming up with an algorithm where you don’t know the underlying problem that you’re trying to approximate. You just design the algorithm out of physical intuition combined with mathematical intuition about what should be going on.”

There is a down side to computing warns Larsen -- there might not exist an underlying problem, yet the algorithm still produces pictures. In fact, Larsen notes that this occurs frequently outside of mathematics. If you’re running physical experiments, and you know what things actually look like, then you can fiddle with your algorithm until it matches your results, or it’s very close. “What’s the value in that?”; he asks. You already ran the experiment; you already saw the results, he says. Real value exists when you can apply an algorithm to other situations and have confidence that what it produces is accurate. “But why should you have this confidence?” asks Larsen. The answer is math. “Math is the thing that can give you this confidence.” The certainty of mathematics is what makes the field so attractive to Larsen. “What separates mathematics from other fields is that we prove things. A proof means not just that you know something is true, but that you see exactly why it’s true.”

Larsen’s contributions to the WPI Math Department are notable. He is a frequent main speaker at international conferences, at places such as Paris, Oxford, Berlin, and Saint Petersburg, Russia. He also received a prestigious Leverhulme Visiting Professorship to spend a few months at the University of Bristol, England. Since 2005, Larsen has brought in over $1.5 million in NSF grants to work on variational methods for material defects, damage, and fracture evolution.