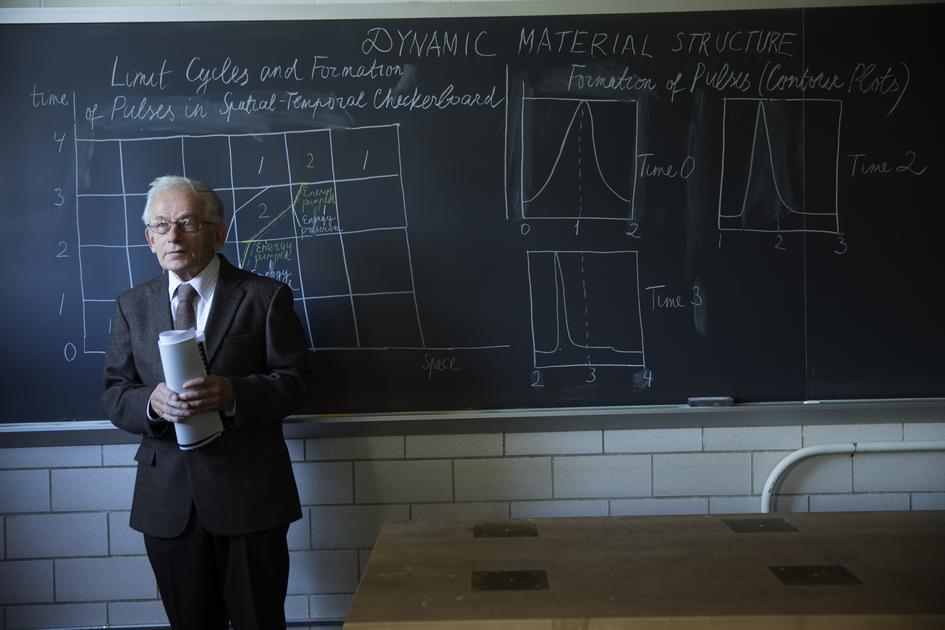 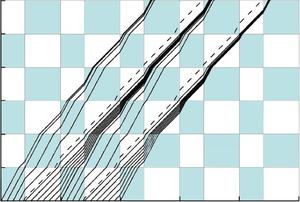 Having Pioneered the Field of Optimal Material Design, Konstantin Lurie is Shaking up the Materials World Again With the Notion that Materials Can Change in Space and Time

When you hear the word “material,” what comes to mind? You probably imagine something solid and static—a brick, a chuck of concrete, a piece of metal. A material can be shaped, combined with other materials, and formed into structures. But regardless of what happens to it, a material’s properties will remain unchanged; steel will still behave like steel whether it is sitting on a desk or shaped into a beam in a skyscraper.

Konstantin Lurie, professor of mathematical sciences at WPI, wants the world to begin to think of materials in a new way—as dynamic entities whose properties can change, in space as well as time. Lurie is internationally known for his pioneering work on optimal material design, which he began in the 1960s. His research revealed that materials should be combined into composites in order to maximize the desirable qualities of a resulting material layout.

“A composite is a formation made of two or more different materials represented on a micro-scale,” he says. “The assembly will offer the optimal performance at each and every point in the construction. The external load will perceive this formation as something homogenous—something intermediate between the two materials.”

Lurie’s work in this area gave birth to a new field in applied mathematics, one that has attracted a large community of scholars who have produced hundreds of papers. But after two decades spent helping to advance this new discipline, Lurie began to feel that it—much like the materials he had been studying—was becoming static.

“I was the one who introduced this idea and I remain excited about it,” he says, “but by the early 1990s I had the feeling that it was somewhat exhausted, theoretically. Many conceptual issues had been resolved, and the theoretical difficulties that remained were mostly technical.”

At the same time, Lurie began to wonder if the traditional way of thinking about materials wasn’t limited, and, in fact, he discovered that it was. He began by pondering what would happen if a habitual static material was at work in a dynamic environment. He realized that it would not adequately respond to the temporal change in its working condition and, as a result, would not produce the maximum optimization effect. To make such a reaction possible, the material itself would need to be able to change its properties in time, as well as space.

Thinking about material formations as dynamic, that is, capable of changing their properties in space and time (unlike static substances), could lead, Lurie realized, not just to a new way of thinking about what materials are and can become, but to whole new classes of materials with previously unimaginable properties.

He says living organisms, which are perpetually exchanging mass and energy with the environment, are the only naturally occurring dynamic materials. There are a number of manmade examples, the simplest being a rocket. As a rocket burns its fuel, gasses are expelled from the nozzle and a force is applied to the rocket, propelling it skyward. Throughout its flight, mass, energy, and momentum are exchanged with the environment. “So a rocket is a real-world example of a dynamic material,” Lurie says. A particular aspect of dynamic materials is that, with the input of energy, they can temporally change their properties. “A dynamic material is not manufactured once for all,” Lurie notes. “Rather, it is brought into being and maintained because it is duly operated in space-time.”

He sketches out a simple example to demonstrate how one might go about creating a dynamic material. He notes that electrical engineers define a transmission line as a linear array of cells that have a specific inductance and capacitance. Now suppose, he says, that you could create a transmission line with a periodic array of alternating cells filled with immovable dielectrics characterized by two different sets of properties (properties 1 and 2)—in other word, you would have a static layout in which cells with properties 1 and 2 alternate in space. Now imagine that you could install a switch that would instantaneously "flip over" the inductance and capacitance of each cell by turning the cells with property 1 into those with property 2, and vice versa. At regular intervals, you activate the switch.

"Now," he says, "you have a dynamic material—a double-periodic array of materials in space and time, the so called checkerboard structure. An electromagnetic wave traveling through such a structure will, for certain ranges of the checkerboard structural parameters, accumulate energy supplied by an external agent at the moments of temporal switching.

"At the moments of temporal switching, this structure would turn the work applied by the external agent against the wave, adding to the wave's energy. The checkerboard supports nonstop energy pumping due to a proper arrangement of the traveling wave routes, accompanied by the simultaneous elimination of reflections," Lurie says. "It works like a laser, but based on entirely different physical principles. And this would be a robust system requiring no substantial frequency adjustment and implemented on either a macroscopic or microscopic scale."

"The effects produced by the spatial and temporal dependency of material properties go very far and very wide," he adds. "Very interesting effects emerge due to that."

How interesting? Lurie envisions a number of exotic materials that could become possible as dynamic formations built with an assist from leading-edge technology. One set of examples are the negative index materials, so called because they are characterized by negative refractive index. Such materials will be able to bend light or other electromagnetic energy around an object—in effect, rendering the object invisible. Other materials might actively respond to shock waves to prevent their penetration into a building or vehicle. Such a material could keep the occupants of a tank or personnel carrier safe from the blast of a roadside bomb.

"Dynamic materials will give designers many possibilities that would simply be unthinkable if they were limited to static materials," Lurie says. "We could see whole new classes of materials and materials that behave in ways that no one has ever seen before."